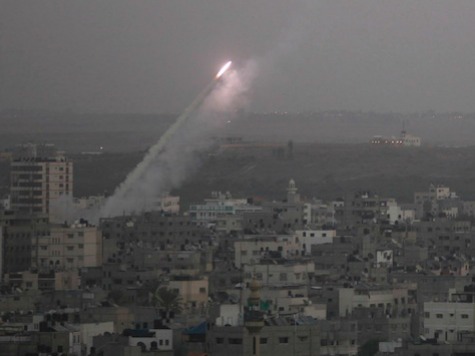 It is just the latest signal in a tectonic shift in Middle East geopolitics that has been largely overlooked by Western media seemingly still committed to building upon its decades-old narrative that Israel remains the united enemy of the Arab world.

In the 75 year history of conflict between Arabs and Jews in the Middle East, no state has been more consistently intransigent against the very notion of a sovereign Jewish presence in the region than the Kingdom of Saudi Arabia, founded by Abdullah’s grandfather, Ibn Saud, in 1923.

Just weeks ago, before Hamas’ current war against Israel, it would have unthinkable to suggest that a Saudi King would even hint that any entity other than Israel bore any responsibilities for actions perceived as harmful to Palestinians.

Abdullah’s statement, read by a news anchor on behalf of the ailing 90-year old Monarch, that the violence in Gaza has led to “various forms” of terrorism, whether from groups, organizations, or states, is seen in the Middle East and Arab states as a flat-out repudiation of Hamas.

Perhaps even more remarkable, while King Abdullah condemned the consequences of a war he termed “devastating” to Palestinians, he issued no demands upon Israel.

As has been pointed out numerous times by Breitbart contributors, Saudi Arabia’s now open disavowal of any common cause with Hamas reinforces an emerging and wholly improbable new alliance uniting every Arab state save Qatar together with Israel and against the United States.

As remarkable as was King Abdullah’s statement by itself, it pales in comparison with the transformation of the relationship between Egypt and Israel. From cold no-belligerents under President Mubarak, to near antagonists under the Muslim Brotherhood government of Mohammed Morsi, today Israel and Egypt are tightly cleaved military allies.

In the harshest words ever used by a Saudi King to condemn any Palestinian “resistance” to what is routinely called “Zionist aggression,” King Abdullah’s statement said, “It is shameful and disgraceful that these terrorists are doing this in the name of religion, killing the people whose killing Allah has forbidden, and mutilating their bodies and feeling proud in publishing this.”

The king went on to say of Hamas’ war against Israel, “They have distorted the image of Islam with its purity and humanity and smeared it with all sorts of bad qualities by their actions, injustice and crimes.”

Unlike President Obama and Secretary of State John Kerry, the guardian of Islam’s holy places and thus the putative leader of the entire Muslim world, King Abdullah did not call upon Israel to meet any Hamas demands. He made no calls for “opening up border passages” between Gaza and Israel/Egypt– thought by many to be the primary strategic objective of Hamas’ war.

He issued no demands that Hamas be permitted to build a seaport, let alone that Israel and Egypt be required to help fund it. Nor did he petition Israel or the Palestinian Authority to resume cash payments to the more than 44,000 Hamas “civil servants” in Gaza rendered jobless as a result of the recent PA-Hamas unity government agreement.