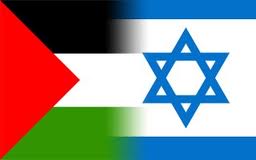 Israel has the right to exist and to defend itself. It is acting stupidly in being the bully in the region. It cannot behave as a terrorist forever. Muslims should be willing to negotiate a settlement with Israel. Or if they say that Israel has no right to exist then they should not complain when it hits back. Either you are at war with someone or you look for peace. In the current episode Israel has acted brutally and highhandedly, as it usually does.

Hamas must also be condemned for putting innocent people in the way of harm. It is an extremist organization being used by other extremists like Iran’s Mullahs.

Muslims of the world portray a kind of unavoidability to it all, that speaks of a fatalism about the Israeli-Palestinian conflict. Then they try and profit for parochial gains by either provoking Palestinians (Iran) or by aligning themselves with Israel (the GCC). Arabs treat Palestinians more poorly than Israel does and have killed more Palestinians than Israel has.

Present Israeli government holds to the view that they can sustain the status quo in both the West Bank and Gaza through a combination of containment and periodic resort to force, while mouthing the rhetoric of a two-state solution sometime in the future. They are myopic as, if you recall our numerous conversations; the Jews have often prone to be despite being extremely smart. They must realize regional order that has more or less prevailed for decades is fast unravelling and new forces are emerging that cannot be contained in the way that the Palestinians have been since the 1948 war in which most of them became refugees and the state of Israel was established.

The enduring Israeli-Palestinian conflict is, in a sense, unfinished business from another era and it might have remained so, in relative isolation, but for the fact that in 2003 the Americans and British thought that by intervening in Iraq they could remake the regional system for the better. Instead, they opened Pandora’s box, and now the whole Middle East is in flux.

You should remember that from 1948 to 1967, when Israel captured land from the surrounding Arab states, including the Gaza Strip and the West Bank, the Palestinian crisis was portrayed as one of refugees, not self-determination. Resort to guerrilla warfare and terror tactics by the Palestinians from the 1960s drew attention to their cause, but it was not until the first Palestinian intifada of 1987 to 1993 that the idea of self-determination for those living in the West Bank and Gaza, potentially leading to a Palestinian state alongside Israel, really gained traction. Bill Clinton brokered a very liveable solution and Israel was ruled by a saner government at that moment. But Arafat squandered the historic chance. I thought then that the Palestinians will live to rue it and, by God, they have.

Israel should know that Arab nationalism, which it felt comfortable dealing with, is dead and revisionist Islamist movements have emerged as a new challenge to the regional order. They are difficult to fight with, as Hezbollah showed in 2009. Both the Israelis and the Americans will be hard pressed to contain Palestinian resistance to Israel for another decade in the name of a waning portrayal of regional stability. The Palestinians represent only one of several communities in the region for whom a remaking of the 20th-century regional order may not be undesirable. However, their main defenders in the region are more anti-Israel than they are pro-Palestinian and if Israel and its friends want to stem the trend toward Islamist extremism in the region they would do well to find a resolution of the Palestinian problem through a two-state solution than leave it to fate.

To conclude, Hamas are a bunch of extremists. That much is clear. But that doesn’t justify the horrific war crimes that Israel has committed. Gaza is not a state, because Israel is doing everything possible to prevent that from happening. It’s nothing else but a concentration camp light. Israeli politicians admit they only let as much necessities through to keep Palestinians on a diet and prevent any sustainable economy from developing. In fact, Israel ‘withdrew’ from Gaza but did not withdraw from Gaza. That’s to say, how under international law, it still occupied Gaza by controlling every means of access to Gaza – air, sea, land, electro-magnetic communication, goods in-out etc. Israelis are endangered by their government’s policy to occupy Gaza. Also, Hamas doesn’t have the means to destroy Israel, not even remotely, so this is an imaginary threat. What is happening is a heavily armed state using force to drive people it has imprisoned into submission. There’s no surprise this fuels resentment and breeds Jihadist extremism around the region —- and that may be a real objective.

If they think sowing extremism by abetting Shia-Sunnis in killing each other is the solution, they are wrong. Extremism will come back to haunt them. Just as it boomeranged from 1980’s Afghanistan, it will again do so. It is stupid of Israel and the US to play in the hands of the House of Saud. The House of Saud is fighting for survival. It is past its shelf life and is hanging on to the coattails of history. So are Iran’s Mullahs. Their game will be up at some time. Israel has to live on and should be more sensible.