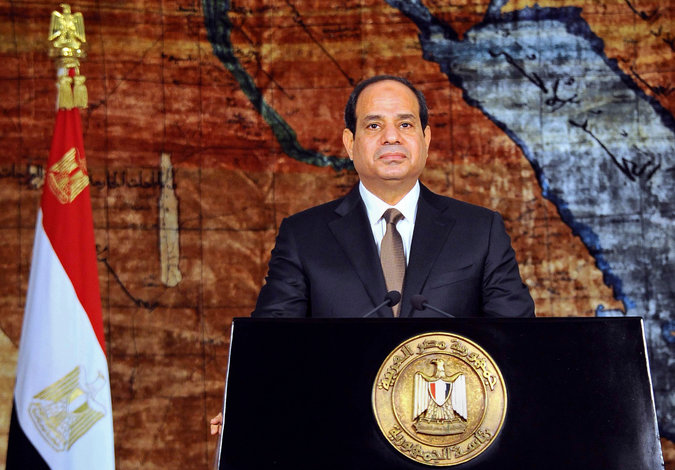 CAIRO — Battling Palestinian militants in Gaza two years ago, Israel found itself pressed from all sides by unfriendly Arab neighbors to end the fighting.

After the military ouster of the Islamist government in Cairo last year, Egypt has led a new coalition of Arab states — including Jordan, Saudi Arabia and the United Arab Emirates — that has effectively lined up with Israel in its fight against Hamas, the Islamist movement that controls the Gaza Strip. That, in turn, may have contributed to the failure of the antagonists to reach a negotiated cease-fire even after more than three weeks of bloodshed.

“The Arab states’ loathing and fear of political Islam is so strong that it outweighs their allergy to Benjamin Netanyahu,” the prime minister of Israel, said Aaron David Miller, a scholar at the Wilson Center in Washington and a former Middle East negotiator under several presidents.

The Toll in Gaza and Israel, Day by Day

targets in Gaza
struck by Israel

rockets launched at Israel from Gaza

Although Egypt is traditionally the key go-between in any talks with Hamas — deemed a terrorist group by the United States and Israel — the government in Cairo this time surprised Hamas by publicly proposing a cease-fire agreement that met most of Israel’s demands and none from the Palestinian group. Hamas was tarred as intransigent when it immediately rejected it, and Cairo has continued to insist that its proposal remains the starting point for any further discussions.

But as commentators sympathetic to the Palestinians slammed the proposal as a ruse to embarrass Hamas, Egypt’s Arab allies praised it. King Abdullah of Saudi Arabia called President Abdel Fattah el-Sisi of Egypt the next day to commend it, Mr. Sisi’s office said, in a statement that cast no blame on Israel but referred only to “the bloodshed of innocent civilians who are paying the price for a military confrontation for which they are not responsible.”

“There is clearly a convergence of interests of these various regimes with Israel,” said Khaled Elgindy, a former adviser to Palestinian negotiators who is now a fellow at the Brookings Institution in Washington. In the battle with Hamas, Mr. Elgindy said, the Egyptian fight against the forces of political Islam and the Israeli struggle against Palestinian militants were nearly identical. “Whose proxy war is it?” he asked.

The dynamic has inverted all expectations of the Arab Spring uprisings. As recently as 18 months ago, most analysts in Israel, Washington and the Palestinian territories expected the popular uprisings to make the Arab governments more responsive to their citizens, and therefore more sympathetic to the Palestinians and more hostile to Israel.

But instead of becoming more isolated, Israel’s government has emerged for the moment as an unexpected beneficiary of the ensuing tumult, now tacitly supported by the leaders of the resurgent conservative order as an ally in their common fight against political Islam.

Egyptian officials have directly or implicitly blamed Hamas instead of Israel for Palestinian deaths in the fighting, even when, for example, United Nations schools have been hit by Israeli shells, something that occurred again on Wednesday.

And the pro-government Egyptian news media has continued to rail against Hamas as a tool of a regional Islamist plot to destabilize Egypt and the region, just as it has since the military ouster of President Mohamed Morsi of the Muslim Brotherhood one year ago. (Egyptian prosecutors have charged Hamas with instigating violence in Egypt, killing its soldiers and police officers, and even breaking Mr. Morsi and other Brotherhood leaders out of jail during the 2011 uprising.)

The diatribes against Hamas by at least one popular pro-government talk show host in Egypt were so extreme that the government of Israel broadcast some of them into Gaza.

“They use it to say, ‘See, your supposed friends are encouraging us to kill you!’ ” Maisam Abumorr, a Palestinian student in Gaza City, said in a telephone interview.

Some pro-government Egyptian talk shows broadcast in Gaza “are saying the Egyptian Army should help the Israeli Army get rid of Hamas,” she said.

At the same time, Egypt has infuriated Gazans by continuing its policy of shutting down tunnels used for cross-border smuggling into the Gaza Strip and keeping border crossings closed, exacerbating a scarcity of food, water and medical supplies after three weeks of fighting.

“Sisi is worse than Netanyahu, and the Egyptians are conspiring against us more than the Jews,” said Salhan al-Hirish, a storekeeper in the northern Gaza town of Beit Lahiya. “They finished the Brotherhood in Egypt, and now they are going after Hamas.”

Egypt and other Arab states, especially the Persian Gulf monarchies of Saudi Arabia and the United Arab Emirates, are finding themselves allied with Israel in a common opposition to Iran, a rival regional power that has a history of funding and arming Hamas.

For Washington, the shift poses new obstacles to its efforts to end the fighting. Although Egyptian intelligence agencies continue to talk with Hamas, as they did under former President Hosni Mubarak and Mr. Morsi, Cairo’s new animosity toward the group has called into question the effectiveness of that channel, especially after the response to Egypt’s first proposal.

As a result, Secretary of State John Kerry turned to the more Islamist-friendly states of Qatar and Turkey as alternative mediators — two states that grew in regional stature with the rising tide of political Islam after the Arab Spring, and that have suffered a degree of isolation as that tide has ebbed.

What a surprise, Arab dictators are more interested in keeping good relationship with Israel through which affects US policy on regime…

But that move has put Mr. Kerry in the incongruous position of appearing to some analysts as less hostile to Hamas — and thus less supportive of Israel — than Egypt or its Arab allies.

For Israeli hawks, the change in the Arab states has been relatively liberating.

“The reading here is that, aside from Hamas and Qatar, most of the Arab governments are either indifferent or willing to follow the leadership of Egypt,” said Martin Kramer, president of Shalem College in Jerusalem and an American-Israeli scholar of Islamist and Arab politics. “No one in the Arab world is going to the Americans and telling them, ‘Stop it now,’ ” as Saudi Arabia did, for example, in response to earlier Israeli crackdowns on the Palestinians, he said. “That gives the Israelis leeway.”

Egyptian officials disputed that characterization, arguing that the new government was maintaining its support for the Palestinian people despite its deteriorating relations with Hamas, and that it had grown no closer to Israel than it was under Mr. Morsi or Mr. Mubarak.

“We have a historical responsibility toward the Palestinians, and that is not related to our stance on any specific faction,” said a senior Egyptian diplomat, speaking on the condition of anonymity because of the sensitivity of the talks. “Hamas is not Gaza, and Gaza is not Palestine.”

Egyptian officials noted that the Egyptian military and the Red Crescent had delivered medical supplies and other aid to Gaza. Cairo continues to keep open lines of communication with Hamas, including allowing a senior Hamas official, Moussa Abu Marzouq, to reside in Cairo.

Other analysts, though, argued that Egypt and its Arab allies were trying to balance their own overriding dislike for Hamas against their citizens’ emotional support for the Palestinians, a balancing act that could grow more challenging as the Gaza carnage mounts.

“The pendulum of the Arab Spring has swung in Israel’s favor, just like it had earlier swung in the opposite direction,” said Mr. Elgindy, the former Palestinian adviser.

“But I am not sure the story is finished at this point.”