While Imran marches to Islamabad, PML-N is deeply anxious about the army – by Cyril Almeida 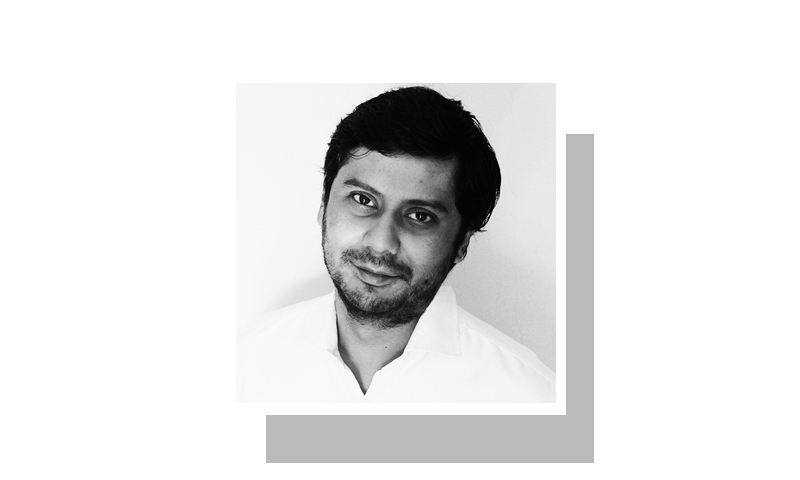 STOP the press. It’s official. The PML-N is committing political suicide. Nawaz and co are back — the original, unreconstructed Nawaz and co — and they’re dying to get kicked out.

You can even start cueing the jokes now.

Why is Nawaz already in Saudi? Because this time he didn’t want to be bundled out in a hurry.

Why did Nawaz fly commercial to Saudi? Because he only needed a one-way ticket.

Obsessed with politics, clumsy with security, it’s a horror show of quite stunning proportions.

No, the PML-N will screw things up for itself all by itself, thank you very much.

Here’s the state of the play. The PTI is going for broke; it wants power. Imran wants to be PM and won’t rest until he is. Democracy be damned.

The boys are busy counter-insurgencying, but boys will be boys and they are licking their lips and eyeing the throne.

The PML-N — at least the few at the rarefied top — is convinced a plot is unfolding. It’s a vice of sorts, one side political pressure, the other side the boys’ security stuff.

And boy, is the PML-N screwing it up. Obsessed with politics, clumsy with security, it’s a horror show of quite stunning proportions that leaves you looking on in awe and mystification.

Right now, there is really just one question: is the PML-N lurching towards its own version of a Kayani moment, the March ’09 intervention as the PML-N-led long march inched towards Islamabad?

Remember that? Back when Zardari was gullible enough to believe he had a shot at taking over Punjab, so he had CJ Dogar disqualify Shahbaz and then tried via Salmaan Taseer and sundry opportunistic jiyalas to form a government with the Q-League, only to push the Sharifs into the arms of Iftikhar Chaudhry and trigger a long march to Isloo that ended with Kayani picking up the phone and suggesting the PPP back down?

Five years on, we could be heading for the next version of a Kayani moment. And if — when? — the story is told, it may just begin with this let’s-invoke-the Constitution, suspend-the-high-court’s-suo-motu-juris­­diction, call-in-the-army-and-save-Isloo nonsense.

Save Isloo from what? Depending on whom you ask, there are two stories — at least on the security side of the tale.

The first is that the boys are seriously concerned about the militant threat that has taken up residence in the rural areas/new settlements on the outskirts of Islamabad proper.

Having decided that the threat needs to be countered now and that the civilian law-enforcement and intel apparatus isn’t up to scratch, the boys want to act. But for them to act, they need another threat neutralised first: the courts.

Imagine an army-led operation on the outskirts of Islamabad, with a hyperactive judiciary ever ready to leap into the fray and residents having access to courts and cameras. Suddenly, the army is the bad guy again and in a world of legal trouble.

So, the constitutional protection offered by Art 245 — over and above that provided by regular law mandating troop deployments — is what the army wants.

Nawaz, according to this theory, resisted at first, but when the conversation is about security and the boys have their heart set on something, the boys usually get their way.

The other story is a bureaucratic one. In the telling of this tale, the PML-N leadership, dependent on and clueless without its ace bureaucrats, was convinced by the bureaucrats that a) the security threat to Isloo is serious and imminent and b) the army is needed, but that the army won’t come unless cloaked in Art 245.

Again, the PML-N leadership, in the telling of this tale, was reluctant to do what the super bureaucrats wanted, but then, as the threat level and urgency increased, eventually acquiesced.

So much for the security angle.

Now to the only thing that may really be on the mind of the PML-N: politics.

The PML-N is either in panic mode or being too clever by half. Either way both versions of why Islamabad needs the army under Art 245 right now suggest the N-League is heading towards its own version of a Kayani moment.

Assume story A is correct. That means the boys have bullied their way into Islamabad and turbocharged the national conversation about a mini martial law — all of this on the eve of Aug 14 and Khan’s arrival in the capital.

Succumbing to pressure from the boys now would mean panic mode has set in in the PML-N leadership. For if caught in a vice, why help it along?

Or assume story B is correct. That would mean the PML-N knows there is a legitimate threat to Islamabad, but the timing of Art 245 is about the N-League brain trust being too clever by half — essentially, playing politics with security.

In this version, the PML-N thinking would be: Imran is coming, let’s wrap the army around ourselves as tightly as we can and then we’ll see what he — or they — can do to us.

Either way — whether 245 stays or not — or if its panic mode for the PML-N or too clever by half, the political ground has shifted already.

Imran is coming. The N-League is deeply anxious about the army. Mistakes, big ones, are being made.

Is a Kayani moment à la March ’09 around the corner? And if it is, what will Raheel do?

6 responses to “While Imran marches to Islamabad, PML-N is deeply anxious about the army – by Cyril Almeida”