Seventeen years old Haleema Rafique was left with no option but to take her own life to rid herself and her family of continued misery as a result of her daring to seek justice. To explain the backdrop for the uninitiated reader: in 2013, a young female cricketer, Rafique, along with four other female cricketers, had publicly accused the management of Multan Cricket Club of sexual harassment. The allegations were investigated by an inquiry committee set up for this purpose by the Pakistan Cricket Board (PCB) and three of the accusing cricketers’ statements were recorded. All three of them retracted their accusations of sexual harassment. Rafique and another cricketer did not appear before the investigating committee. Given the situation in Pakistan, it came as no surprise that the Committee gave a verdict against the young girls, inflicting upon the girls a six-month ban followed by one-year probation. The highly influential accused men of the Club were let off without any reprimand. 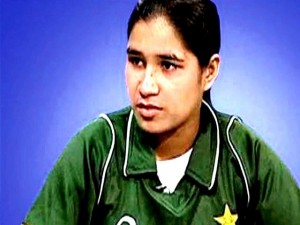 Thereafter, Rafique’s cry for justice fell on deaf ears. In the absence of a competent and fair investigation for the facts, I am in no position to establish the whole truth. However, I do know three things with conviction.

One, in a backward and feudal place, even from Pakistan’s standards, like Multan, it is implausible that a seventeen year old poor girl will go public with false allegations of sexual assault. Instead, it is a place where abuse of women is rife and very rarely does a woman have the courage to speak up.

Two, even if Rafique could be suspected of foul play, it is beyond all reasonable belief that in a place like Multan five teenage girls would act in collusion to level false allegations of sexual assault against powerful local males. Pakistan is eons away before the crucible of its patriarchal society could allow such concoctions to be brewed by hapless teenage girls, no matter how cunning they may be. It is a place where young girls have no choice but to either hide or keep secret whatever sexual advances that may have been imposed upon them; even those from much stronger families do this in fear of what their families and society will think of them and if it be known it would reflect negatively on their families’ “honour.”

Three, the PCB and the Committee that investigated the matter of course know fully well that three girls who took back their allegations were mere teenagers from helpless families pitted against some powerful local men who could easily intimidate and influence the girls to change their statements. This is everyday occurrence in the country. Hence, those who purportedly investigated the matter are not merely suspects for negligence but also for collusion.

To make matters worse, Rafique’s accused filed a defamation lawsuit of Rs 20 million (USD 205,000) against her, followed by ceaseless intimidation and bullying that drove the destitute child to end her own life in order to end her family’s suffering. Rafique thus paid the price that seeking justice against hope entails.

Family members of the deceased claim, that she was being continuously threatened after she highlighted her case in the media. They also said that the under-19 female cricketers were being blackmailed to make certain compromises to join the team at Multan Cricket Ground. To add insult to injury, and not just metaphorically, the police said it will be holding an investigation against the family members of the deceased for failing to inform the police about the suicide.

In an article published on BBC, Mohammad Nadeem Qaisar, a Multan-based correspondent, who covers sports for Pakistan’s biggest Urdu newspaper, said: “Sexual harassment is widespread in women’s sports here and is a major impediment in bringing the best players to the fore. One side-effect of this is that second-rated players who are willing to offer sexual favours often get into influential positions.”

To me this case is another painful reminder of the reality that many women in Pakistan are confronted with on a daily basis. While the sexual oppression of women is still found everywhere in varying degrees, South Asia’s societal structure is an architecture of patriarchic oppression that involves a labyrinth of obstacles to women’s freedom. Oppression denying independence and justice to women remains very much an ugly part of this world, in its traditional customs, in religious interpretations, and in the subjugation and marginalization of women. There are five ‘faces’ of oppression: violence, exploitation, marginalization, powerlessness, and cultural imperialism. In all these respect, in the year 2014 in South Asia, the women are still held back from achieving full equality and independence.

Those who show courage, despite the odds, meet the same fate as Haleema Rafique.