Sunni Imam of Al-Quds Mosque in Sidon (Lebanon), Sheikh Maher Hammoud, has claimed that “if you want Arabs to fight Israel, tell them Israel converted to Shi’ism”.

Sheikh Hammoud, who is considered a “moderate Sunni”, in an interview with Lebanese news website Al-Akhbar last year said: “We cannot underestimate the influence of Saudi and Wahhabi thought. Whether we like it or not, the Saudis control many of the Islamist movements, and many more seek its acceptance. The Salafi approach to dealing with religious texts is extremely superficial. They believe that the sect to which most Iranians belong is flawed, and therefore reject everything the country does.”

Sheikh Hammoud believes in the unity among Muslims of all denominations to fight western imperialism and their regional collaborators. In one of his sermons he said: “Americans are dividing the nation to serve Israel.”

Sheikh Hammoud has criticized Lebanese Islamic resistance Hizbullah in the past especially resistance’s involvement in Syria. But, he believes that the armed resistance is the only way to stop Israel re-occupying Lebanon.

“Hizbollah knows well the results of this battle. However between a catastrophe and catastrophes or between the bad and the worse Hizbollah chose the bad,” said Hammoud.

Sheikh Hammoud doesn’t fully agree with Syrian president Bashar al-Assad’s policies, but he is against foreign interference in Syria. He blames Egyptian Muslim Brotherhood failure on its leaders for not following the teachings of party’s founder Imam Hassan al-Banna.

Sheikh Hammoud also claims that Israel was behind the assassination Rafik Hariri because the Zionist entity benefitted the most from the tragedy.

Sheikh Hammoud has praised the Islamic republic, saying it did much for the nation. “The behavior of the Iranian indicates that they have a project which can’t see less than Palestine an aim for it. They consider all the obstacles and the difficulties easy in order to reach their goal.” Read more here.

Sheikh Hammoud  doesn’t deny the fact that all the Muslim nation-states that have diplomatic relations with the Zionist entity, or submitted to US-Israel domination, like Jordan,Egypt, Turkey, Saudi Arabia, Qatar, UAE, Morocco, etc., are ruled by Sunni elites. 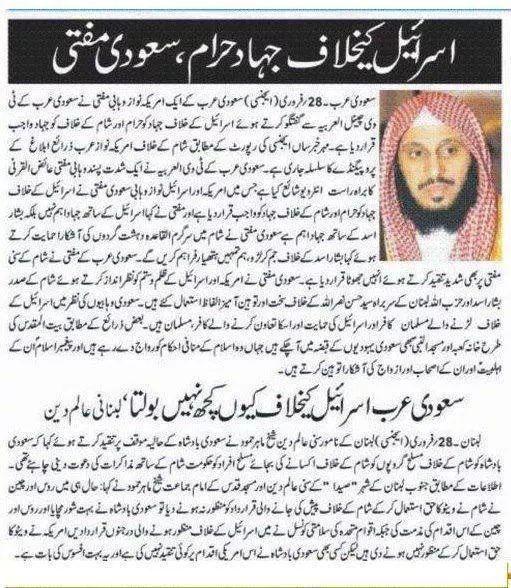 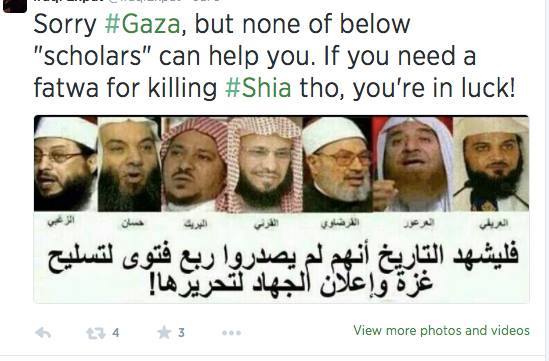 Salafi, Wahhabi and Deobandi hatemongers have been distributing Saudi subsidized hate literature all over the world for decades. If someone wanted to buy a moderate Sunni Scholar’s Quranic translation and exegesis it would cost perhaps fifty pounds in the UK. The Saudi version would be free or very cheap. Here is an example of what it might say:

The Kharaji nature of the this fascist discourse is demonstrated below. New incarnations of Takfiri Khawarij, Deobandi Salafi or simply inspired are likely to be more puritanical and more dangerous. Their pride will only be greater austerity and greater hate.

The result will be more brutality on more mass murder.

Mecca and Medina does not belong to fascist Khawarij and the Sunni Muslims must take the lead in reclaiming the holy mosques for all Muslims.