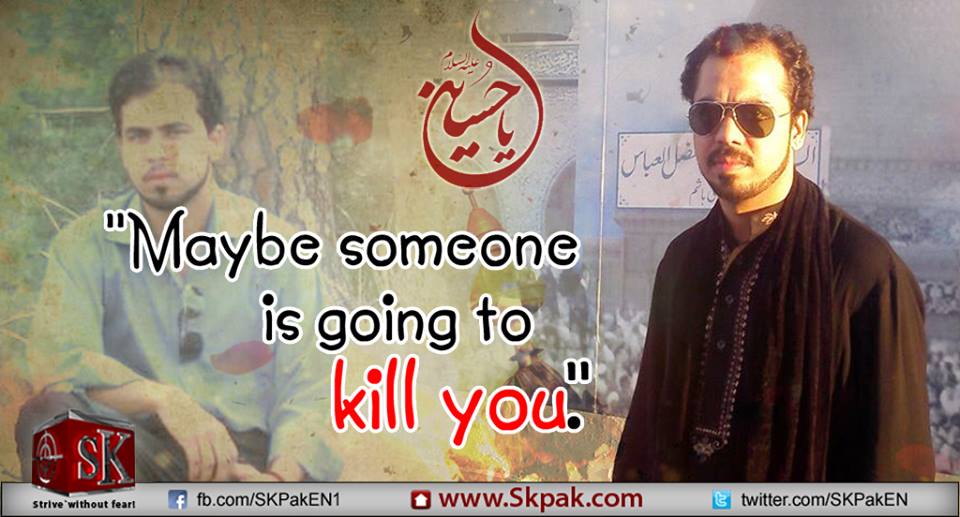 Martyr Waseem Sherazi and his father, Mustafa Sherazi, were shot and martyred in Abbottabad as they were walking home after Friday prayers today. Martyr Waseem was shot eleven times all over his body while his father was shot four times on his head and chest. This is the first incident of #ShiaGenocide in Abbottabad.

The Sherazi family had been receiving death threats for several months and had also reported it to the DPO who paid no attention. In May, the martyr put up a post saying he had just received some more death threats, it was followed by a poem:

A month ago, Waseem posted a status on Facebook saying he felt threatened and as though something was going to happen to him. To this a person responded, “Maybe someone is going to kill you.” 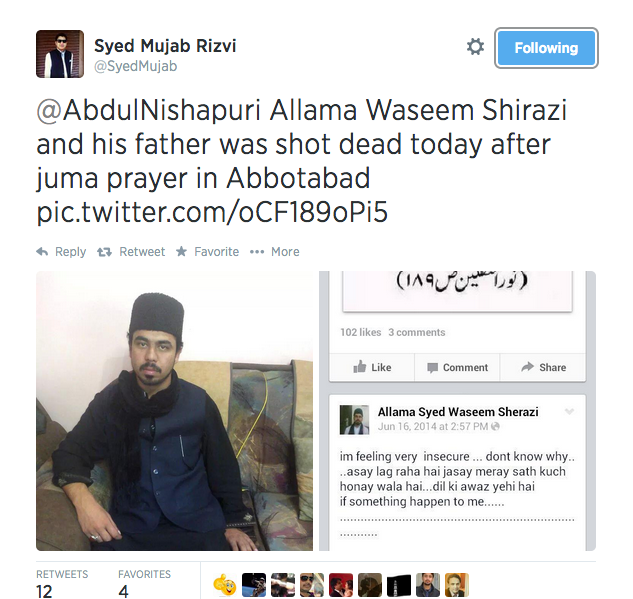