Current ongoing operations against Deobandi ASWJ-TTP affiliated madrassas in Karachi, Muzaffargarh and elsewhere suggest that army is slowly but gradually expanding the operation against Deobandi Khawarij. Dr. Ayesha Siddiqa writes in The Hindu:

“Brigadier (retd.) Asad Muneer, a former Inter-Services Intelligence (ISI) officer currently working as a military-approved national security commentator, argues otherwise. He believes that the operation indicates a fundamental shift in the military’s approach towards militancy. The military is determined to clean up its backyard. The operation, hence, is one for the long haul and would be conducted in phases. Once Waziristan is settled, the Army will attend to Pakistan-based militant groups who will be targeted at a later stage of the military offensive. Places like Bahawalpur in South Punjab, which serves as the stronghold and headquarters of JeM, will be cleaned up. “

It is vital to take out the support groups and safe heavens of the Takfiri Deobandis Taliban in urban Pakistan. Zarb-e-Azb can only be effective if the the hide outs or ASWJ madrassas are cleaned up. 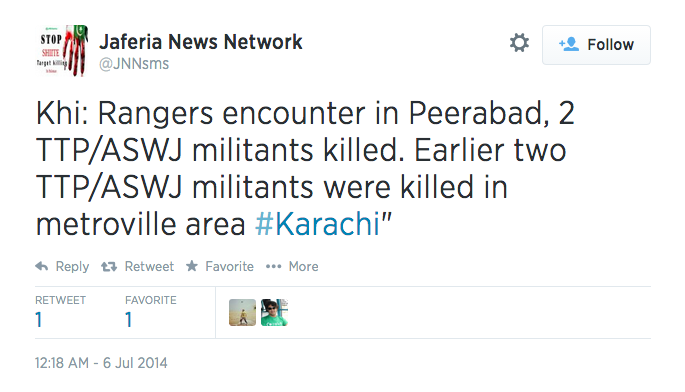 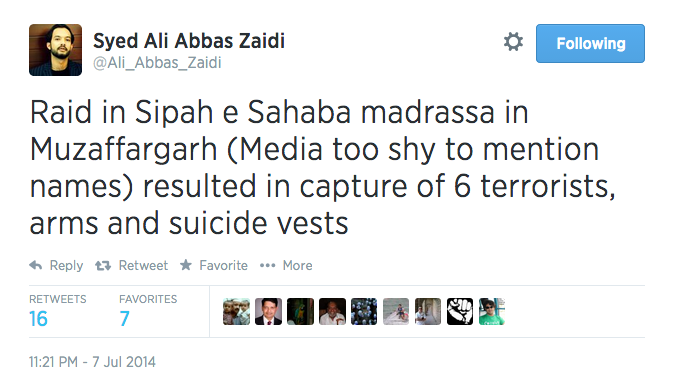