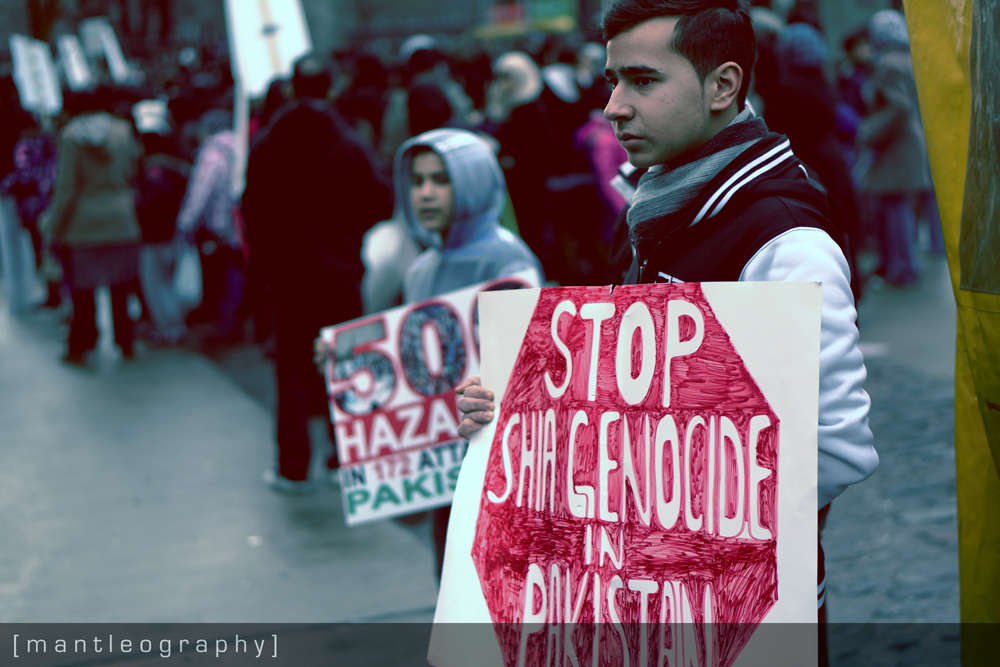 The top mainstream newspapers like Jang, Nawa-e-Waqt, The Nation, Dawn, and Daily Express, and Dunya ignored it completely, but those which reported it blacked out all relevant facts about it. The incident was what Express Tribune called “Target killing”. In it issue of 30 June, Express Tribune published a front-page report titled “Target killing: Two traffic police personnel shot dead in Karachi” (http://tribune.com.pk/story/729153/target-killing-two-traffic-police-personnel-shot-dead-in-karachi/). The report begins with, “Two traffic police personnel were shot dead in Orangi Town in what is believed to be target killing in reaction to law enforcement agencies’ operation against militants in Karachi,” and ends with the statement of a Karachi police officer, “Apparently, the militants are busy taking revenge of killings and arrests by law enforcers, says Sadozai.”

Strangely, the Express Tribune reporter who was able to make into the emergency section of the hospital and speak to the doctors was not able to obtain the names of the policemen killed. He spoke to the boss of the slain policemen, but he did not get their names. Did the doctor and the police officer withhold the names from him?

Not to b left behind was the liberal Daily Times, which reported killing of six persons in Karachi (“City violence claims 6 more lives”:http://www.dailytimes.com.pk/sindh/01-Jul-2014/city-violence-claims-6-more-lives). Again, its reporter was able to gain access to the sites of the killings and the hospitals where the corpses of the killed were taken. The Daily Times reporter even spoke to the Home Secretary of Sindh,

“Talking about the crime rate in the city Home Secretary Dr Niaz Ali Abbasi said that in the light of previous records, the possibility of incidents of street crimes particularly purse/mobile snatching and also bank robbery may increase during the holy month of Ramazana.”

The Daily Times reporter gave details about how one girl was killed, “. . . a roof-collapse incident kills six-year-old, Zainab, and four-year-old, Hafizullah, at Korangi 100 Quarters”. But no other person was identified. It was safe to report Zainab who died a ‘safe’ death. But no mention was made of those who were killed by terrorists.

Both Express Tribune and Daily Times withheld the names of the victims so as to hide their sectarian or ethnic identities. Were the victims Shias, Christians, or Hindus, we will never know thanks to the partisan journalism practiced by the mainstream media of Pakistan. But a non-mainstream web site reported the following: