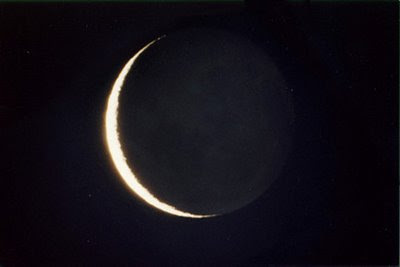 Standardization of all types, from language to education curricula (or moon sighting in Pakistan), is an existential concomitant of the modern bureaucratic state.

Standardized national languages have more to do with, in Gellner’s words, the ‘high culture’ of a strata within a society rather than any objective quality, and education curricula are treacherous extensions of state agenda of ‘nation building’ working through insidious propaganda.

Standardization is thus a process of alleviating the inherent ideational insecurity of almost all nation states (especially post-colonial ones), and manufacturing a homogeneous collective national psyche.

The issue of moon sighting before Ramzan (not Ramadan!) and Eid in Pakistan is essentially the same: national standardization and subaltern nonconformance!

To expect Mufti Popalzai of Qasim Mosque to give up the centuries old ritual of moon sighting at the mosque is akin to asking an ethnic to give up its language or identity!

National standardization, or the state itself for that matter, does not and should not have anything to do with religion, culture or language. But it routinely adopts certain aspects or versions of it and promotes them at the cost of others.

If Mufti Popalzai and his followers, either cultural or religious, wish to start Ramzan or celebrate Eid as per their old customs, they should have the right to do so an it shouldn’t become a subject ridicule, or worse, treason. Something unfortunately the moronic children of the modern bureaucratic state would not understand.

However, moon sighting in Peshawar and the subsequent rituals of fasting and Eid are historically and culturally associated with the modern day Afghanistan, and not Saudi Arabia, and that is how it should be known, because in the latter case, even if it succeeds to remain independent of ‘national standardization’, it will fall prey to ‘Arabization’ and lose the spirit of indigenous culture. The result in either case remains the same.

It hurts one to at times see even the stalwarts of ANP proudly claim that they’d prefer to fast and celebrate Eid with Saudi Arabia, while in reality they actually want to hold on to their old customs. Obviously, they claim so in order to eschew the blame of promoting the idea of greater Pukhtunistan, but the common masses do not know it and take their words literally. I respect Bashir Bilour, but I would have expected him to proudly state that he wasn’t celebrating Eid with Saudi Arabia, and if moon was sighted even in Herat, Farah or Nimroz, it was good enough for him.

Indigenous cultures and traditions cannot and shouldn’t be sacrificed at the altar of nation-building, because if the process is successful, we lose troves of ancient wisdom and heritage, and if the process fails, it results in subaltern revolts against states.