Here is a Facebook Status Update by our contributor AZ :

Though it makes for surreal reading, it is a harsh reality that today Baluch Nationalists are as much in cahoots with the LeJ and other sectarian killers as are the Pirates of Somali coast with the terrorists. The fact is that these so-called revolutionary, liberal, or socialist nationalists have thrown in their lot with the “martyrs,” the whole jihad-happy and murderous crew in Baluchistan and thus Pakistan. In so doing, Baluch Nationalists have, more or less, crossed to the “other side.” This precisely is the reason why they are so vociferously supported by the likes of Geo and Hamid Mir – a media Jihadist.

Unfortunate but real, the evidence on the ground makes it patently clear. Now these ‘rebels’ are escorting Islamists to their secret annexes and terrorist cells.

Anyone who retains the ability to think objectively can see this.

N.B: How we got to this perilous state and why is another subject, which is not addressed here.

When we brought this to the attention of Balochistan Nationalists, we were first criticized, then provided the lamest of excuses. The apologists blamed the ISI and completely absolved the thousands of Nationalists who were present at the funeral? The most relevant observation, the lack of protest by the thousands present, amounts to a clear unequivocal acquiescence. Remember Shaheed Arif Hussaini’s funeral where the then most powerful person in Pakistan, who probably murdered him, was nearly pushed away from the funeral.

our eyes should have opened in 2011 when the Pakistan and Saudi mercenaries in Bahrain also said to be comprised of Baloch. even those who trumpet “secular” progressive values were supporting the Brutal crackdown in Bahrain which they dismissed as an Iranian conspiracy. These are the ppl whose opposition of the establishment is quite selective. When LUBP published a critique of LeJ chief leading KBM funeral, instead of asking why this was allowed, some nationalists went after us. A valid observation on social media was that the Baloch movement is quickly being co-opted to be used as an ISI proxy in Iran. the “liberals” will never accept this just most are unwilling to fully understand the ramifications of what happened at KBM funeral. blaming ISI alone (which they deserve) but completely absolving themselves is not being honest. Mehran Marri issued public stmt which said his family had nothing to do with this. but Changez Marri who was part of this funeral in Balochistan is his Brother! We still support the nationalist cause and condemn the atrocities on Baloch nationalists by same ppl who support LeJ. but can we be blind to this development? 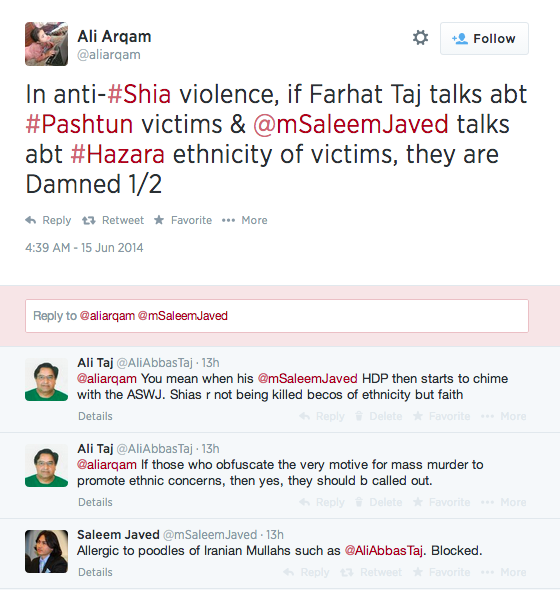 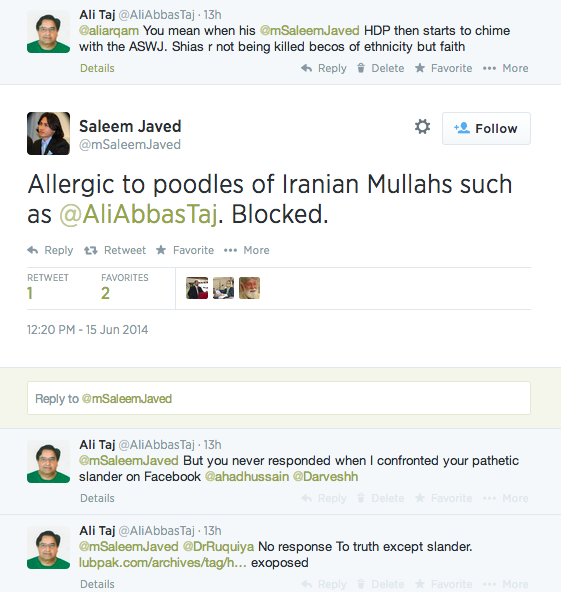 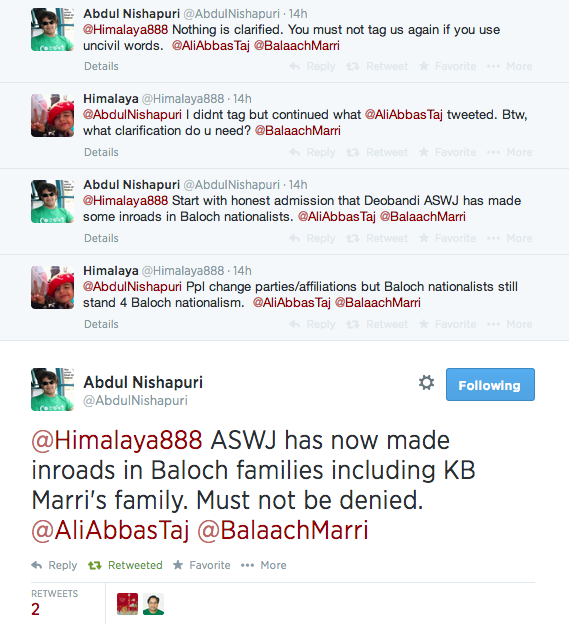 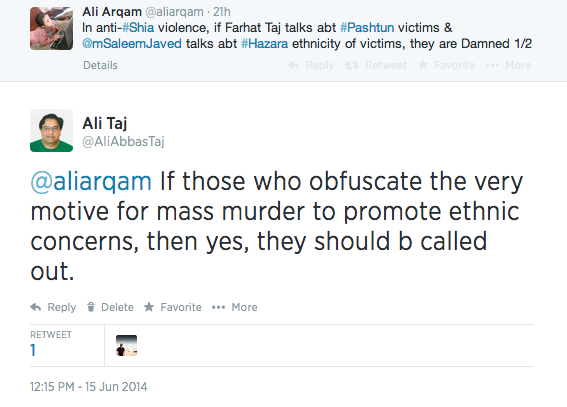 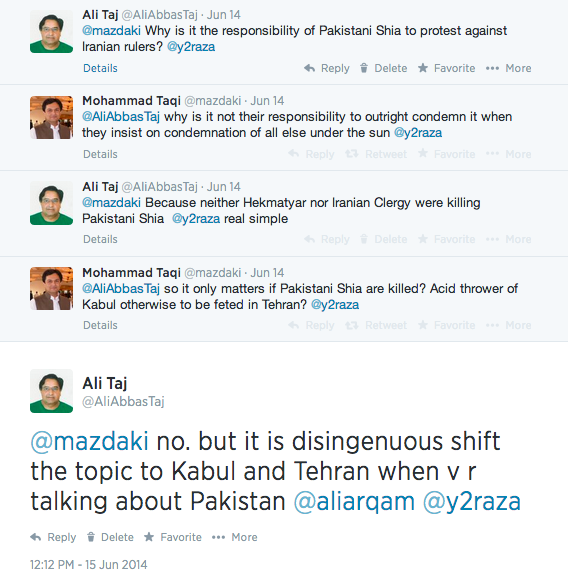 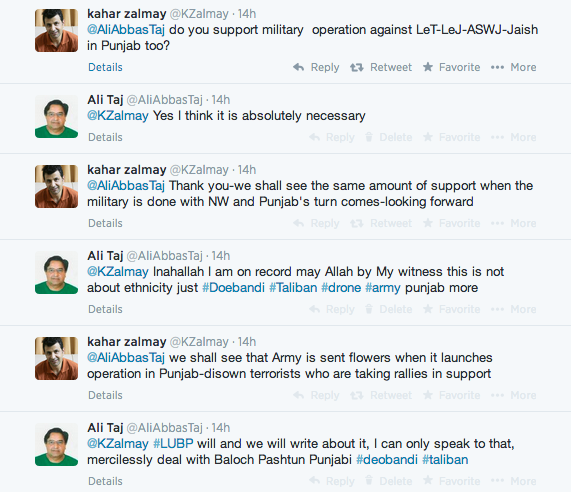 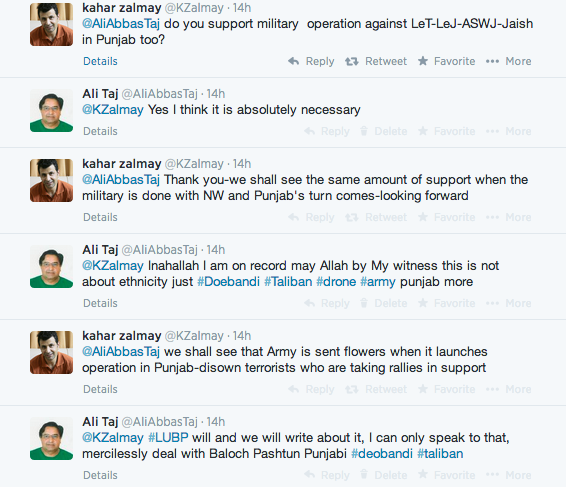 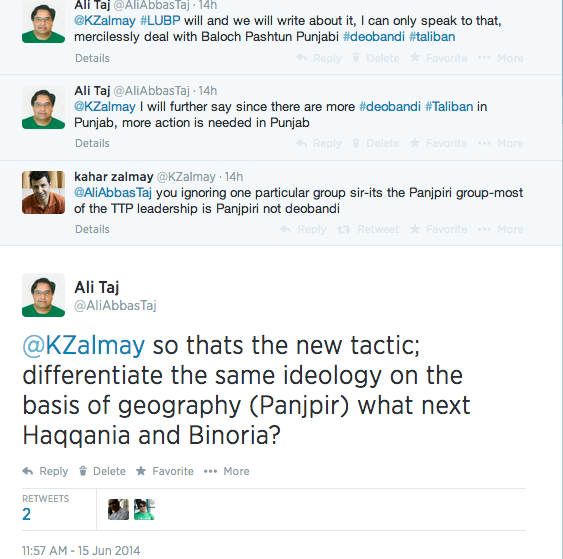 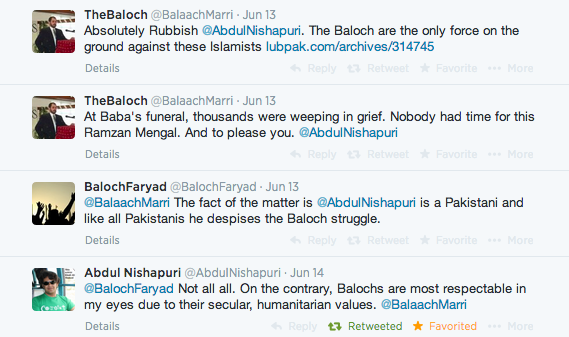 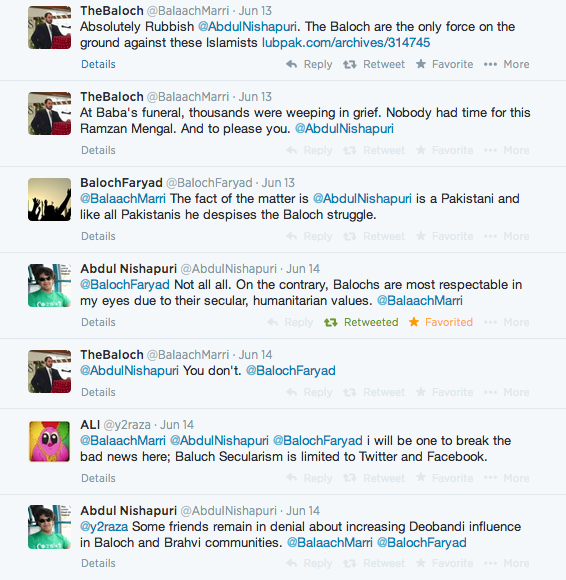 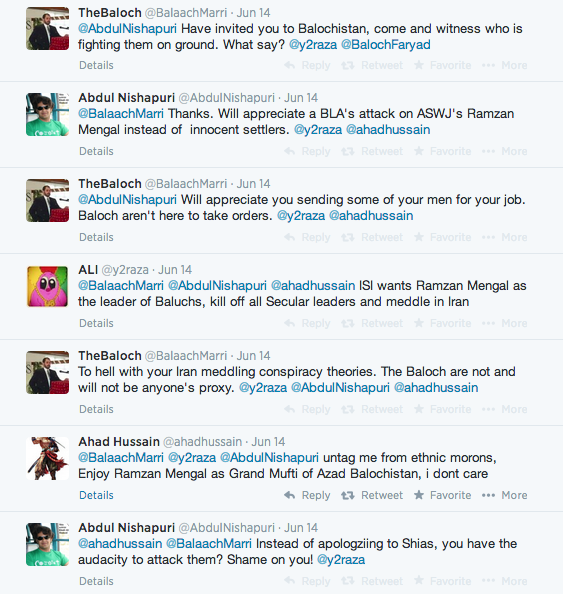 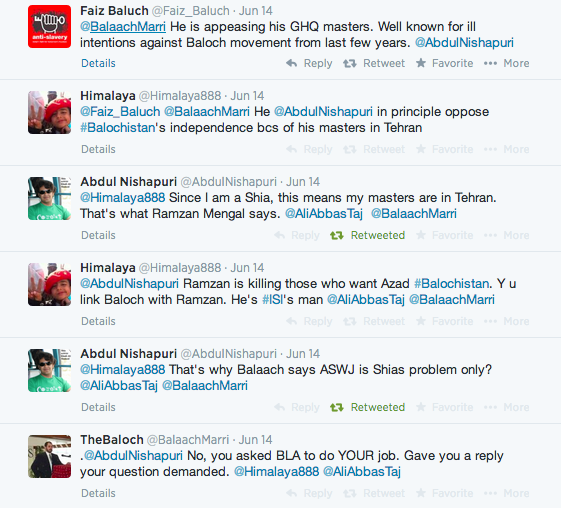 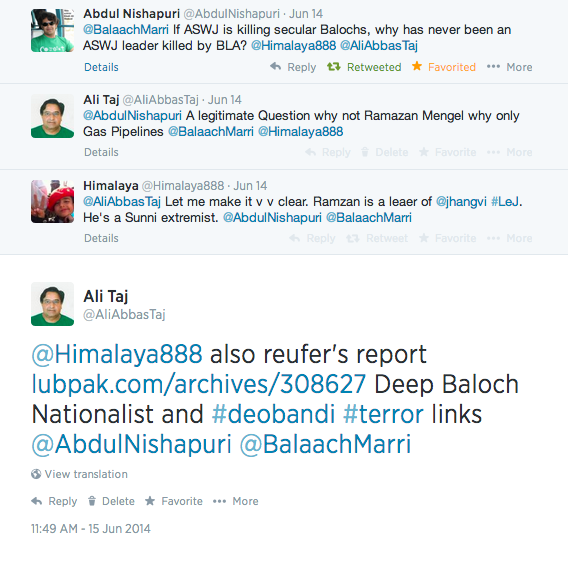 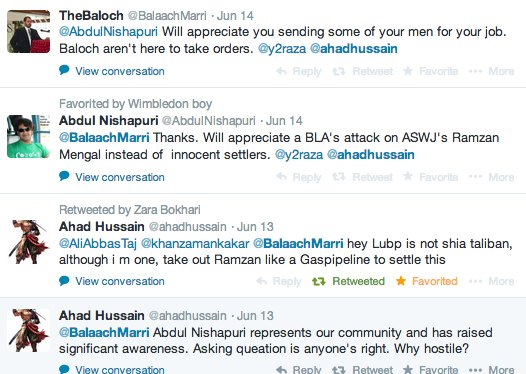