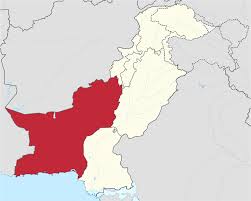 POLITICS is all about perception. If people believe that a policy is detrimental to their interests, not even a deluge of spin, arranged news conferences, full-page advertisements and assurances by its advocates is going to change that perception.

A majority of people in Balochistan view mega projects with extreme suspicion and certainly not without reason. The gaping divide between proclaimed intentions and reality completely undermines the already zero credibility of the government`s assurances in Balochistan regarding the people and its vast resources.

Gwadar, located on the southwestern coast of Balochistan, was granted to a Muscat sultan by the Khan of Kalat in 1783 and transferred to the mother province for Â£3m in 1958. At present, some 13 million barrels of oil pass by the port daily. Its strategic importance and economic potential has made it a favourite of many contending interests.

Interestingly, Gwadar port is a classic example of all that is wrong with mega project policies in that godforsaken province and makes it a useful guide to what not to do.

Inaugurated last year, it is supposed to handle transit trade with landlocked Central Asia, Afghanistan and western China. The Port of Singapore Authority has been given an unbelievable 40-year tax holiday to operate Gwadar but to date not a single ship has berthed there because of tariff settlement. More interested in other jackpots, they have neglected the essentials of marketing.

The people of Balochistan in all forums have expressed resentment against the building of cantonments and naval bases. There are already four major cantonments and 59 mini-cantonments along with approximately 600 checkpoints in the province, as well as six air force and three navy bases. Yet the government, in utter disregard for the wishes of the people, relentlessly pursues this policy. We find a deliberate disregard for public sentiment in the case of Gwadar as well.

The port at Gwadar is the latest after Pasni and Ormara. Its 14.5-metre channel allows not only ships of up to 50,000 deadweight tonnage (DWT) to berth there but also supersized aircraft carriers. Many people believe, rightly or wrongly, that this port is to become a naval base for the superpower that is eyeing Gulf oil. Such bases deprive the people of natural harbours and physically hinder fishing, severely affecting livelihood while the coast guards also make their lives miserable.

Contrary to normal procedure, the Rs1.05bn earmarked for the purchase of 6,500 acres for the new Gwadar airport were released to the Military Estate Officer (MEO) in Quetta instead of the Civil Aviation Authority (CAA). Any land acquired by the Military Land and Cantonments (MLC) makes it the property of the Pakistan Army and this fact alone thoroughly exposes the claim that Gwadar is an exclusively commercial project.

The area of land acquired is by itself of importance because New York`s JFK airport, one of the largest in the world, covers only 4,930 acres. There the total number of flights was 34,361 in November 2006 alone and the number of passengers 3,484,448. It is also twice the size of London`s Heathrow (2,965 acres) where a plane lands or takes off every 46 seconds at peak hours and which handled 128 million passengers in 2005.

It goes without saying that the volume of air traffic at Gwadar will be a tiny fraction of the numbers cited above. This oversized place is obviously required for objectives other than those publicised.

When Gwadar was earmarked for a mega port project, it prompted a mad rush for real estate and the land mafia made billions in the process. They not only deprived locals of their land but more ominously also created a situation where the demography started changing rapidly, a fact which rankles with most Baloch people.

In October 2006, Justice Javed Iqbal and Justice Raja Fayyaz Ahmed of the Supreme Court decreed, “The allotment of land in Gwadar has been made in violation of the policies formulated by the government itself. The discretionary power has been exercised in an arbitrary and capricious manner which has been cited as a clear example of abuse of authority and misuse of power (emphasis added). Nobody knows how the settled land owned by the state has been transferred to the private sector, that too on peanut prices which depicts lack of transparency and mismanagement.”

They ordered the cancellation of residential and industrial plots allotted in Gwadar. The SC Quetta Bench observed that the Balochistan government is not competent to set land quotas for politicians, ministers, elected representatives, high civil officials and the provincial judiciary without passing legislation on the subject. They also observed that “every allotment, sale and disposed of land appears to have been made in a dubious and suspicious manner” (again emphasis added).

The violations must have been extraordinarily blatant to have evoked such a reprimand. For a moment consider how an alienated people must already be feeling because of the numerous depredations against their rights and resources. It is doubtful if these directives have even remotely been followed up. Bypassing laws and rules and making a mockery of them have been raised to an art form in the `land of the pure`.

The government doesn`t seem to tire of touting the opportunities that mega projects create. It erroneously believes that menial jobs alone will satisfy the aspirations of the people who are demanding control over their own destiny. The Baloch are demanding their inherent rights and not an opportunity to be servants; all governments have failed to comprehend and redress this justified demand. When these injustices are opposed, people are labelled as anti-development and misguided and that only adds insult to injury.

Gwadar is not the only problem. The injustices, real and perceived, suffered by the Baloch are many and varied, and immediate redress is required if the already alienated and deprived people are not to be further estranged. Though Balochistan has suffered the most, other smaller provinces too have seen their fair share of discrimination because the policymakers of this country have been indifferent, inefficient, arrogant and compassionless.

The affairs of state and governance are too vital to be left in the hands of those who have so far been running the show to disastrous effect. It is time that civil society accepts the challenge because only the conscientious can be expected to defend and care for the rights of those who have long been trampled upon.