Home  »  Newspaper Articles   »   The Invasion of Pakistan : The country created the Deobandi Taliban that now aims to destroy it. 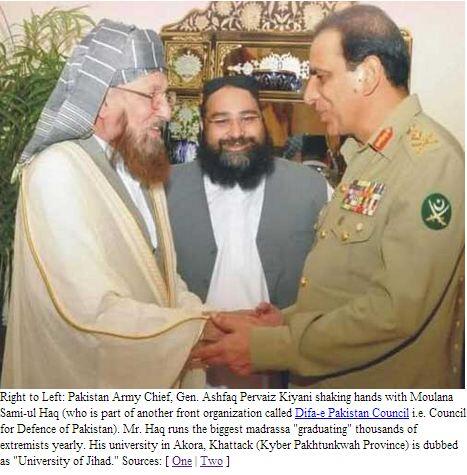 Pakistan’s elites have spent decades fretting about an invasion from India, but it turns out they have invited their own invasion from within. By striking a Faustian bargain with the Taliban, the military and intelligence services have created a force that now attacks their own people.

The Pakistani Taliban on Monday took responsibility for the Sunday assault on the country’s largest international airport in Karachi. In six hours of fighting at least 28 people died, including the 10 attackers. “It’s just the beginning,” said Shahidullah Shahid, a spokesman for the Tehreek-e-Taliban Pakistan, an offspring of the Afghan Taliban.

Editorial Board Member Matt Kaminski on the fall of Mosul to Al Qaeda-linked militants and the Taliban attack on Karachi airport. Photos: Getty Images

Pakistan created this Frankenstein. The military intelligence agency, ISI, funded and armed Islamist terrorists to fight India in Kashmir and then protected the Taliban to gain leverage in Afghanistan. The military has continued this double game of sheltering terrorists even as the terrorists have turned their sights on Pakistan.

The Taliban has repeatedly struck the military’s headquarters in Rawalpindi, most recently with a suicide bombing last week. In 2011 it laid siege to the navy air base in Karachi. Terror has become a fact of daily life. Also on Sunday, some 25 Shiite pilgrims were killed by Taliban militants in the western province of Baluchistan.

The Pakistani military has fought the Taliban, sometimes bravely, and in recent weeks launched airstrikes in the Taliban-controlled western tribal regions. Yet it has never attempted a serious counterinsurgency or ground campaign. The ISI provides safe haven for the Afghan Taliban and its leader Mullah Omar, probably in Quetta. The Taliban-allied Haqqani network is protected by the Pakistani state.

Prime Minister Nawaz Sharif came into office last June looking to negotiate peace with the Taliban. He got his answer in Karachi. The Islamists want to overthrow the state and capture the country’s nuclear arsenal. Yet both a government minister and a senior military official separately on Monday suggested that “a foreign hand” (i.e., India) was behind the Karachi strike. If Pakistanis want to avoid a radical takeover, they need to end the self-delusion and plot a new strategy to defeat the terrorists they created.