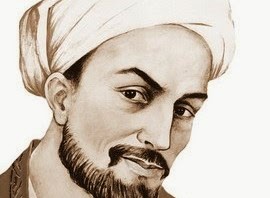 The following verses are from chapter 1, poem 10 from Saadi’s Gulistan (Bostan). They resemble a hadith. Somebody ask Mubashar Lucman to issue a fatwa on Hafiz Saadi Shirazi as well and somebody please tell him that Hafiz Shirazi and Sheikh Saadi are the same person.

Many folklores and metaphors are same in many cultures. Khalil Jibran has rewritten many such stories in his own words. Paulo Coelho has rewritten many. Many stories of Quran are already present in other previous cultures. In Zoroastrian religion of Persia dating back to 7th century BCE, even before Judaism and Christianity, one can find many similar stories. The concepts in Abrahamic religions of 7 heavens, God and Satan, Virgin Birth, Head covering, Renovation and judgment are highly influenced from this ancient persian pagan religion. There are many stories in Quran which are also present in Bible and old testament with great variations. Should a blasphemy case be filed against Zarathustra, St Paul and Rabbi Juda Hanasi? What an ignorant ass this Mubashar Lucman is!

(The above verses are displayed in the entrance of the United Nations Hall of Nations as Saadi’s poetry and not as a Hadith. Charge UN for blasphemy too?)