Note by Khurram Zaki: Mubashir Lucman is very close to the leadership of declared takfeeri terrorist outfit ASS (also known as ASWJ). Khadim Hussain Dhilon is a close friend of him. Please keep this fact in mind before flowing with the ongoing currents against GEO. What happened in the morning show was wrong and disgusting but it doesn’t amount to ‪#‎BLASPHEMY‬. Please don’t attempt to give a religious color to what is actually a corporate war between two media outlets and in fact part of the larger tussle between‪#‎ISI‬ and ‪#‎GEO‬. The man who registered the FIR against ‪#‎MSR‬ and other GEO staff is no other than the same Arshad Butt who tried to lodged an FIR against Amir Mir and GEO management in the incident of terrorist attack on Hamid Mir (Official). We have no sympathy with MSR or GEO as a corporate entity but religious codes, values and sentiments are not supposed to be used and abused in such corporate wars. GEO has already apologized in written with respect to whatever transpired and PEMRA has taken immediate notice of inappropriate content. Any further escalation is totally unwarranted and may backfire eventually. Mubashir Lucman hijacked and used this opportunity to invite known terrorist, Ahmed Ludhianvi, in his program and gave him media space and time. Ahmed Ludhianvi, leader of declared terrorist sectarian outfit, himself deserved to be booked and punished under section 295-A, 298-A of PPC and under section 7 of Anti-terrorism Act.

In his show today Mubashir Luqman has used the shoulder of the literal interpretation of Quran.  It extremely dangerous for Mubashir Luqman to hijack the Quran to further his own media battles and ratings. It is despicable that Mullah Ludhianvi that a known hate monger, killer and head of the banned Taliban organization Sipah Sahaba is presented as an expert on religion.

The issue that Geo made a story where names are changed and mistakes made is secondary. Once again Shia and Sunni Ulema are falling into the trap of Ludhianvi and Luqman Takfiri Deoabandi Combine:

The primary issue is the Verses of Quran chosen and promoted literally by Mubashir Luqman and his spiritual leader Mullah Ludhianvi Deobandi:

The verse being promoted:

Then they both proceeded, till they met a boy, he (Khidr) killed him. (Prophet Moosa) said: “Have you killed an innocent person who had killed none? Verily, you have committed a thing “Nukra” (a great Munkar – prohibited, evil, dreadful thing)!” (Quran, Surah Al-Kahf:74)

There could be many lessons from this allegorical story. Quran is full of verses that are clear or determinate as well as open-ended or indeterminate, this is accepted by all Quranic scholars and Quranic verses attest to it. The recruitment of hate mongers like Lidhanvi to explain indeterminate verses means that genocide is being promoted.

Mubhashir and his spiritual guide Mullah Lihanvi want to use this to determine it is alright to kill Sunni Brelvi and Shia children because Mubashir’s divine Prophet Mullhah Lidhanvi has declared them Mushriq and Kafir. Since according to the determination of Lidhanvi these children will be a source of “Azab” or punishment for their parents it is better to have genocide.

Point to note our Prophet pubph gave slaves same rights as free people, 1400 years ago and made Hazrat Bilal caller to prayer. He also made it extremely beneficial to free slaves but worked within the system of that time.

This is why literal interpenetration of Quran or Sunnah is useless and dangerous. Especially when those doing the interpertation are known hate mongers like Lidhanvi and Luqman. Their thinly veiled fascism needs to be exposed. 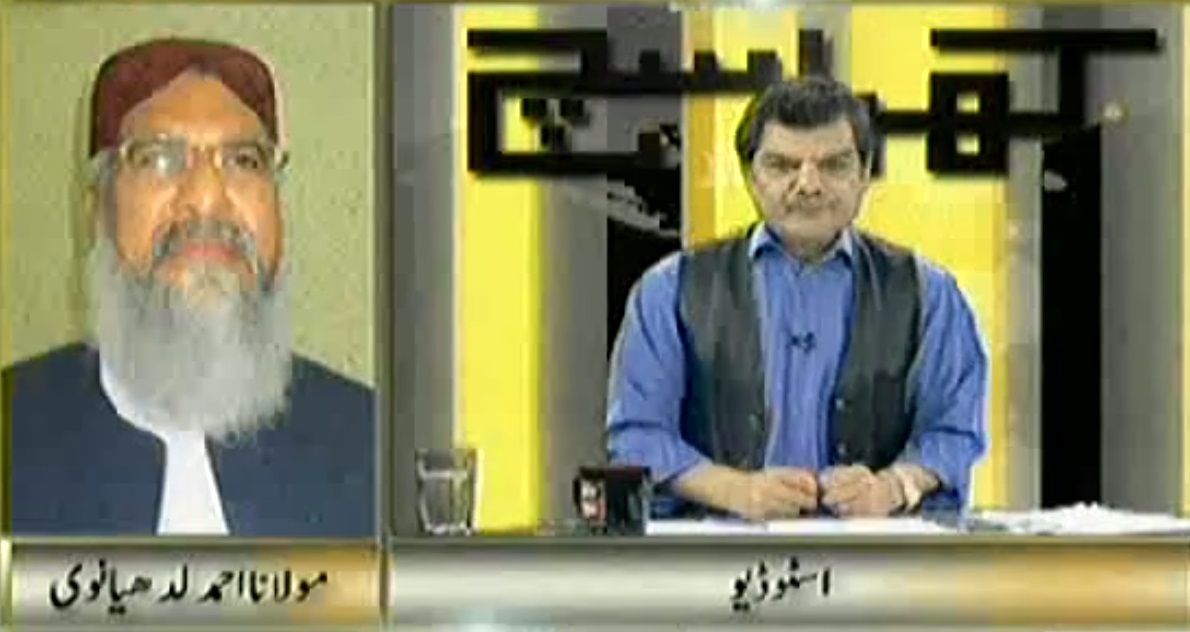