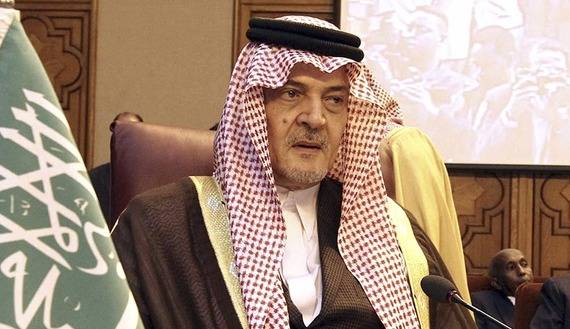 Editor’s note: LUBP welcomes Prospects of a Saudi-Iranian Rapprochement The news emanating during the past week offer a hope for a rapprochement between the two arch rivals in a region stalked by conflict and misery. Saudi Arabia extended an invitation for an official visit by the Iranian foreign minister, which the Iranian government accepted. Saudi-Iranian reconciliation is a must for any cure of the ills of a region that has been hostage to proxy conflicts –mainly sponsored by these two countries- tearing its civil societies apart. These countries hold the keys to resolving many of the region’s main problems from Lebanon to Pakistan. The two countries owe it to the region to resolve their differences and stem the sectarian internecine across the region. A realization that they need to sit together and discuss their disputes is a sign of changing dynamics prompted by increasing toll of their hostile ambitions. What Saudi Arabia in particular needs to understand is that the solutions to the region’s problems lie in the region and not with the far-off powers that manipulate the region to blatantly selfish aims.

Saudi Arabian Foreign Minister Prince Saud al-Faisal chose the First Arab Cooperation and Economic Forum with Central Asia and Azerbaijan, strategically important countries to Iran, as the venue to invite the Iranian foreign minister to visit Saudi Arabia and to declare Riyadh’s willingness to negotiate with Iran to resolve their regional differences.

Summary: Resolving the problems that mar Saudi-Iran relations remain out of reach for now, but Saudi Arabia’s invitation to the Iranian foreign minister to visit the kingdom is an opportunity to calm tensions.
Author Abdulmajeed al-Buluwi  Posted May 16, 2014    Translator(s)Rani Geha

The continuation of the conflict in Syria, the deterioration of the security situation in Iraq and the likely victory of Prime Minister Nouri al-Maliki in the recent Iraqi elections could all push the Sunni-Shiite struggle past the point of no return and threaten everyone’s security and stability, including Iran and Saudi Arabia. Thus, the rational choice for all parties is to control the conflict and stop the slide toward further escalation.

This de-escalatory framework explains why Faisal invited Iranian Foreign Minister Mohammad Javad Zarif to visit the kingdom and why Faisal declared that Riyadh is willing to hold talks with Tehran on the region’s heated issues. It is an invitation to control the conflict, not resolve it, because there are no signs of a Saudi-Iranian agreement on Syria, Iraq, Bahrain or Yemen. The two still have significant disagreements, especially on Syria.

A former Saudi official told Al-Monitor that a behind-the-scenes, low-level direct dialogue has started between Saudi Arabia and Iran regarding Syria. The source added that progress at this level could pave the way for a public dialogue between them on Syria. But that prospect remains a long shot as the differences between the two Islamic powers over Syria run deep. Saudi Arabia is not budging on its demand for President Bashar al-Assad’s departure, while Iran considers Assad remaining in power a guarantee of its influence.

This de-escalatory framework also explains the successive statements by Iranian officials about their desire for dialogue and cooperation with Saudi Arabia to achieve security in the region. Such statements were made by President Hassan Rouhani, Zarif and most recently by Akbar Hashemi Rafsanjani when he met Pakistani Prime Minister Mohammad Nawaz Sharif in Tehran on May 11.

Sharif’s recent visit to Iran was key in the Saudi invitation. Pakistan is also concerned about the escalating sectarian conflict, which will increase Islamabad’s security problems in light of the government’s attempt to end the ongoing war with the Taliban in Pakistan and by virtue of Pakistan’s special relations with Saudi Arabia. Pakistan doesn’t want to see the conflict between Iran and Saudi Arabia escalate to a stage in which Pakistan becomes a party, with all the security costs this would entail.

Also, a strained Pakistan-Iran relationship would strengthen India’s relations with Iran, potentially encircling India, Iran and Afghanistan, whose new government is expected to cooperate with India and Iran at Pakistan’s expense.

The US administration also wants to see a Saudi-Iranian rapprochement that reduces the level of conflict in the region and turns it into a competition between the regional powers, aided by a balance of power between Iran and Saudi Arabia. US President Barack Obama spoke to The New Yorker magazine about establishing a new balance in the Middle East that would maintain the conflict and the competition in the region and said that he was working with all parties to prevent the rise of extremists.

A media report from Tehran, citing circles close to Rafsanjani, spoke of a preliminary plan developed by Rafsanjani’s team after he got the green light from Supreme Leader Ayatollah Ali Khamenei to reach a settlement with Saudi Arabia. The preliminary plan calls for stopping the media escalation on both sides, activating the security agreement signed between the two countries during the era of former President Mohammad Khatami and starting confidence-building measures through the Lebanese file, as that issue is the least heated.

In his remarks on May 13, the Saudi foreign minister invited Iran’s foreign minister to visit Riyadh and spoke of the need for cooperation among all countries in the fight against terrorism. This gesture indicates that the terrorism file, like the Lebanese one, may be a starting point to address the crisis of confidence between the parties.

The results of a dialogue between the two regional powers may start to appear in Lebanon with Riyadh and Tehran working to resolve the presidential crisis. Lebanon has not been a major point of contention between Saudi Arabia and Iran, as Lebanon’s consensus-based political system mostly preserves the influence of both countries there. The other major points of contention between the two countries — Iraq, Bahrain and Yemen — remain dependent on what happens in Syria, as it is difficult to reach a definitive solution in those three countries without first arriving at a deal on Syria.

Seemingly irreconcilable differences on Syria — and the necessity for a deal on Syria to resolve other regional disputes — show that a comprehensive solution on the region is still out of reach, but controlling the escalation of the conflict is possible. Pakistan and the United States are playing an important role in pushing Saudi Arabia and Iran to de-escalate tensions and contain the regional flames.