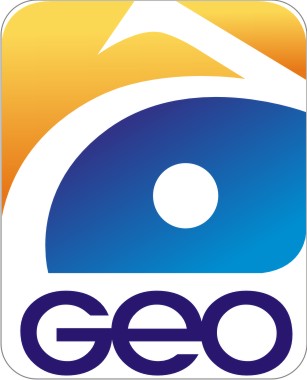 A very dangerous precedent will have been set if Pakistan’s electronic media regulator, PEMRA, decides to switch off Geo TV — arguably the country’s most popular news channel — following a complaint by the Directorate of Inter-Services Intelligence (ISI) accusing Geo of being “anti-Pakistan”.

The complaint also follows a serious allegation levelled by prominent Geo anchor and talk show host Hamid Mir’s brother (following an attack on Mir) that the ISI was behind the attempt. Since the attack, which took place on April 19, Hamid Mir has made a statement in which he has said that he was approached by intelligence officers who had told him that he was on a “hit-list”. His statement did not specify whose hit-list this was but in a country like Pakistan this should be cause for enough alarm for the journalist in question.

If one recalls, journalist Saleem Shehzad, who was killed in 2011, had also reported receiving similar information from intelligence operatives some months before he died. As a TV channel, Geo erred in running the allegations — which are no doubt serious — for much of the day that Hamid Mir’s attack took place.

It should be faulted for that and it should apologize for going overboard. Perhaps, part of the reason it did that is because for some time now it has no professional journalist heading it, after managing director Azhar Abbas left for the upcoming Bol TV project last year. Still, that should be no excuse because the viewers of a TV channel, or the readers of a newspaper, do not — and are not expected to — know the inner workings of the media organization whose product they consume.

That said, the complaint filed by the Ministry of Defence — which reports suggest was strongly resisted by the civilian authorities of the ministry (read the Defence Minister) — sets a dangerous precedent because perhaps for the first time in Pakistan the military is filing a formal application for a TV channel to be shut down.

The best way forward would be for the Government of Pakistan to withdraw this application. Geo TV should tender an unqualified apology for broadcasting the allegation for several hours on April 19 and if anyone has any evidence or apprehensions about the role of any state agency or institution these should be shared with the judicial commission announced by the Prime Minister or with the law-enforcement agencies investigating the attack. Perhaps, equally importantly, if not more, the media should see this as an attack on all of itself and not on a single anchor or TV channel.

Those who own and operate the channels need to unite because they are all facing the same kind of threats and those carrying out such attacks are in fact only strengthened when media organizations fight out their differences in full public view. If there are any issues between them — and they clearly seem to be — they should be discussed within the APNS (All Pakistan Newspapers Society) or PBA (Pakistan Broadcasters’ Association) platforms and sorted out because after all, it is in their common interest for this infighting to end.

In all of this, it should not be forgotten that there should be no holy cows in Pakistan. Of course, it goes without saying that in reality there are but ideally there shouldn’t be any, and that includes the media itself. Pakistan, more than ever, needs an open and unfettered media because that is one of the key facilitators of a true democracy and it unequivocally promotes greater accountability and transparency among various institutions of the state.

That is undoubtedly a good thing given that the role of the intelligence agencies has been widely questioned — often in the Pakisani media — on issues related to the presence of OBL in Pakistan, the ongoing fight with militancy, the rise of jihadis and sectarian organizations and missing persons. After all it is the much-maligned media of the country that has unmasked state and non-state corruption and acted as an effective watchdog on the abuse of state power in Pakistan. That is precisely why Geo TV, or any other TV channel or newspaper for that matter, should not be blocked.