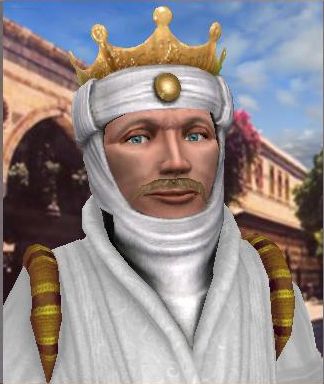 A few months ago, Shamsur Rehman Muawiyah, leader of banned Deobandi terrorist oufit Sipah-e-Sahaba Pakistan (SSP aka ASWJ) was killed in Lahore. At that time, Pakistani media shed crocodile tears over the “loss” of a “religious scholar”. The blame of Muawiyah’s murder was obliquely and not-so-obliquely put on the Shias. Shamsur Rehman Muawiyah’s most illustrious achievement was adding fuel to the genocidal campaign against the Shias by calling them Kafir. Muawiyah’s militant ouftit (The Ahle Sunnat Wal Jamat/Lashkar-e-Jhangvi ASWJ/LeJ), headed by the Shia hater Mullah Ahmed Ludhianvi and the Shia killer Malik Ishaq also shed crocodile tears over the loss of their “brother”.

And now another Muawiyah has made his lethal presence felt.

This time it is Shafaqat Farooqi Muawiyah recently arrested by the Lahore police (See, http://www.express.pk/story/246590/), who has admitted that the not only killed his own leader Shamsur Rehman Muawiyah but also killed many Sunni Barelvis and Shias. There is no difference between this Muawiyah and the previous string of Muawiyahs who were notorious for their hypocrisy and ruthlessness.  Whereas Muawiyah bin Abu Sufian revolted against a legitimate Rashidun Caliph Hazrat Ali (a.s.), those using his name and legacy have not fallen behind in emulating him; even if the civilized world finds their acts reprehensible.

The arrested Deobandi terrorist Muawiyah not only killed his cohort, he also killed dozens of Sunni Brelvis, Sufi Sunnis (the mushriks or hertics) and Shias (the kafirs or apostates) and attacked Asghar Nadeem Syed and Raza Rumi (possibly due to mistaken identity – Shia sounding name read). Even the Daily Times newspaper too mistook Raza Rumi for Shia due to his name.

The attack on Raza Rumi was a kill-two-birds-with-one-stone move: Raza is Shia and is also a journalist with liberal views, unafraid to call a spade a spade. If one looks at the list of people targeted by this group of six, it can be seen that the attacks have occurred over a couple of years.
http://www.dailytimes.com.pk/editorial/20-Apr-2014/winning-a-battle-but-not-the-war

There was a time when in a country like Pakistan, the very nomenclature Yazid and his father Muawiyah was a taboo as it stood for animosity of Hazrat Ali and other members of the Ahle Bait. But it is in the contemporary times that the Muawiyah mindset has become emboldened and daring. So daring that terrorists who claim to follow Muawiyah are ensuring that the names of the house the Prophet (pubhp) will now only be found in the grave yards. (A partial list of Sunni Muslims killed for names sounding like the house of the Prophet pubhp in Urdu is published here  https://lubpak.com/archives/312547). No Sunni or Shia will name their children after the house of the Prophet (pubhp) for fear that they may become a victim of takfiri terrorists. It may be a Shia victim which is the true objective of takfiri Khawarij/Nasibis or a case of mistaken identity is is the case of Raza Rumi and dozens of other Sunni Pakistanis killed who named their children out of the love of the holy Prophet (pubhp)’s household. Packs of Yazidi terror dogs will roam Pakistan like the hounds of hell.

Prominent Sunni scholar Maulana Shibli Nomani has written on how Muawiya falsified and made up the Hadith to glorify his benefactors. Even Maulana Maudoodi in his “Khilafat and Mulkiat” wrote about how Muawiya converted Khilafat into an Ommayad Kingdom for personal gain and pelf and power for his clan. Compared to Hazrat Ali (a.s.) and other Rashidun Caliphs (r.a.), the systeam of Muawiyah represents violation from Islamic norms of Khilafat, justice and legitimacy. Therefore, many Sunni and Shia schoalrs and leaders reject Muawiyah’s system of politics and governance. For example, Imran Khan in a recent statement categorically distanced from supporting the system of Muawiya.

The House of Saud has decided to preserve its unlawful control of Saudi Arabia at all costs. The Saudi rulers know that if anyone can challenge their legitimacy, it is the Shias and Sufi Sunnis. All the major oil wells in Saudi Arabia are located in the Shia areas. The Shias make up 30 percent of the Saudi population where as Sunni Sufis constitute a similar size of population. In order to hold on to the power, the House of Saudi has been demonizing the Shias and Sufi Sunnis. But they are cowards. Their cowardice is compensated by the petrodollars which they have made by selling the oil which belongs to the Shias. With this money, they have bought over Pakistani generals, politicians, media, and mullahs, world’s most saleable mercenary lot. Financed by the petrodollars, this mercenary lot has promoted and legitimated the Deobandi ideology which stipulates that Shias, Sunni Barelvis, Hindus, Christians, and Ahmadis should be killed. Thus, the Muaviyah mindset was summoned and made into the state ideology of Pakistan. The Deobandis are only 5 percent of the Pakistan population but with immense firepower and state patronage, they have been killing the rest of the Pakistanis, 95 percent of the population, at will. Only once in a while a Deobandi terrorist-assassin is nabbed only to be realised by the  Muawiyahesque judiciary. Now Muawiyah is a chosen name of the Deobandis for their males. Cunning and hypocrisy have not only been naturalized, they have become Deobandi household names too.

Shafaqat Farooqi Muawiyah not only killed hundreds of the Shias, he killed his fellow terrorist-assassin Shamsur Rehman Muawiyah too, and on the order of Malik Ishaq. Why? Because he did not kill enough Shias and Sunni Barelvis. In order to carry on the torch of  the Sufyani clan, there should be no let-up in killing of the Shias and Sunni Barelvis/Sufis. Thus the picture is complete. Through an incessant campaign of assassinations of the non-Deobandi Pakistanis, especially the Shias, Sufyanis live on through the  Muawiyah franchise.