Home  »  Featured • Original Articles   »   Six evil ways to conduct a perfect genocide – How Pakistan uses them all? – by Ali Lohari 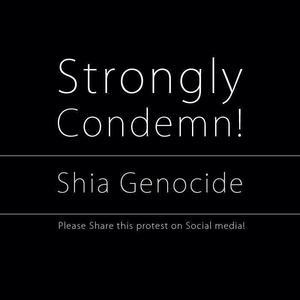 What would classify as a perfect genocide? No, this question is not being asked to teach criminals and murderers on how to improve their genocidal skills. It is being raised to showcase that certain genocides are more potent and dangerous than others. What makes them more criminal is not the act of killing itself, which obviously is equally evil across all genocides, but instead their ability to rapidly grow into a violent, lethal, and often unstoppable force. More importantly, this question is being raised to enhance our ability to identify more explosive genocides in their early stages – and stop those genocides via early intervention.

These types of genocides swiftly escalate and snowball into powerful movements that leave their victims powerless. Their violent nature acquires legitimacy and both the magnitude and the frequency of murders intensify quickly. Without external interventions, these genocides spiral into deadly machines that bring death and destruction for millions. Like a scorching wild fire, their fury burns through lives and devastates masses.

Killing in Masses: Like any genocide, the central theme and the common denominator of all genocides is killing innocent people. This is typically done via assassinations and mass killing. This is what is happening in Pakistan. Daily assassinations, target killing, murders, and mass killings of Shias by bombings has become a routine occurrence.

Systematic and Institutionalized Killing: The second element that makes genocides particularly lethal is when they are sustained by governments and supported by military backing. Just as under the Nazi regime, Jews were being murdered by government sponsorship and military backing, in Pakistan Shias are being killed with government sponsorship and ISI backing. ISI, Pakistan’s intelligence agency is directly aligned with Nawaz Sharif (Prime Minister of Pakistan) to conduct the Shia genocide.

Intellectual Leadership Elimination: The third element that makes a genocide perfect can be termed as the Intellicide – the act of killing intellectuals and leaders of a community. Just in the past few weeks several Shia doctors and  Shia attorneys were killed in Pakistan. These targeted assassinations are a critical element of a perfect genocide. Eliminating a nation’s intellect means removing all obstacles in launching a successful genocide. Deprive a nation of its intellectual capital and nothing will stand in the path of killing millions of masses.

Destroying Opportunities & Economic Development: The fourth element is to systematically deprive a community or nation of its economic assets and economic opportunities. Wealth and wealth producing assets are taken over by force by government or its agents. In Pakistan government sponsored agents are systematically taking over the assets of Shias in Quetta, Gilgit Balitistan, and Parachinar areas.

Desensitizing Rest of the Population: The fifth factor is to desensitize remainder of the population such that it considers the genocide as normal, and in some cases even necessary. General population blames the victims and becomes completely insensitive to killings. In Pakistan the Shia killings have become so normal that media doesn’t bother to report it, so-called liberal journalists ignore it, leaders like Imran Khan prefer to side with the government sponsored terror groups such as Taliban (knowing well that they are behind Shia killings), and politicians such as Bilawal Bhutto forget that a genocide is taking place in Pakistan. The Sunni leaders fail to clearly condemn these killings and some even justify them as a cleansing process to purify the pak (pure) land of Pakistan.

Making Genocide Irrelevant for International Consumption: The last factor that makes genocides extremely potent is the involvement of foreign powers. In addition to the direct involvement of the Pakistani government, in Pakistan the Shia genocide is being conducted by the Saudi financial and moral support. The same oil money is also being used to hide the crimes against Shias from international bodies and human rights agencies. When Saudis cannot earn something, they buy it. The Saudi government has paid the Pakistani government billions of dollars to conduct a massive genocide of Shias in Pakistan and the Nawaz government is abiding by the instructions it has received from the Saudis and the anti-Shia Bahraini king.

Conclusion: When these six conditions are present, they can turn a simple conflict into a full blown genocide and worse. In Pakistan all of these six elements are at work and it is only a matter of time when the Shia genocide will turn extremely lethal and violent. Pakistani Shias must prepare to fight the battle that is being forced upon them. The time of denial is over.