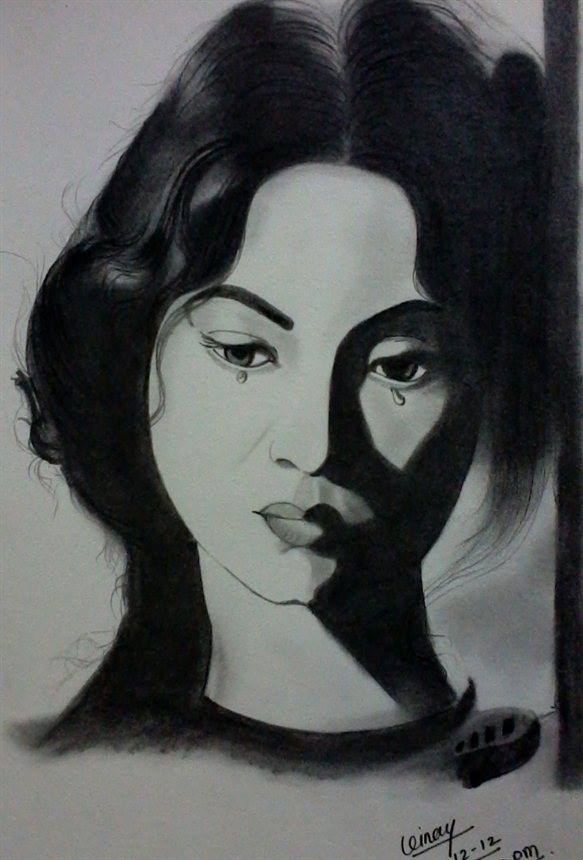 Mahjabeen Bano (1932 –1972) a.k.a Meena Kumari, a prominent actress of Hindi cinema had a reputation for playing grief-stricken and tragic roles. Her life and prosperous career were marred by heavy drinking, troubled relationships, an ensuing deteriorating health, and her death from liver cirrhosis in 1972.
Meena Kumari was the third daughter of Ali Baksh and Iqbal Begum . At the time of her birth, her parents were unable to pay the fees of the doctor who had delivered her, so her father left her at a Muslim orphanage, however, he picked her up after a few hours. 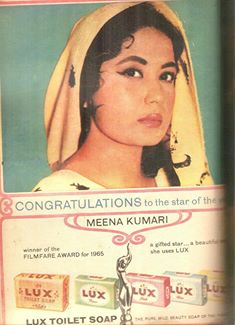 Her father was a veteran of Parsi theater, who played harmonium, taught music, and wrote Urdu poetry. He also played small roles in films like Id Ka Chand and composed music for films like Shahi Lutere.
Her mother was the second wife of Ali Baksh. Before her marriage she was a stage actress and dancer, under the stage name, Kamini. 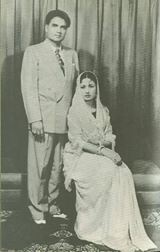 At the urging of his wife, he got Mahjabeen too into movies despite her protestations of wanting to go to school. However, she had to embark on her acting career at the age of 7 and she practically became the sole breadwinner of her family during the 1940s.
In 1952, Meena Kumari and Kamal Amrohi met on the sets of a film. She was 19 years old at that time and he was 34, and already a much-married man with three children. They got married and produced a film considered to be their own love story, Daera (1953). Pakeezah was the project that followed.
The marriage that Meena Kumari thought would free her from her father’s control went well for a couple of years. But Kamal Amrohi was never a good husband to her. Through the years her career soared, with films such as Parineeta (1953), Sharada (1957) and Chirag Kahan Roshni Kahan (1959), her life was bound by the rules laid down by Amrohi. She could work, but was to come home at six or seven in the evening. No one was allowed in her make-up room, and she was to travel in her own car, alone. “She was also escorted everywhere she went by Baqar, Amrohi’s friend who kept a close tab on her. It was exactly the kind of life she wished she didn’t have. 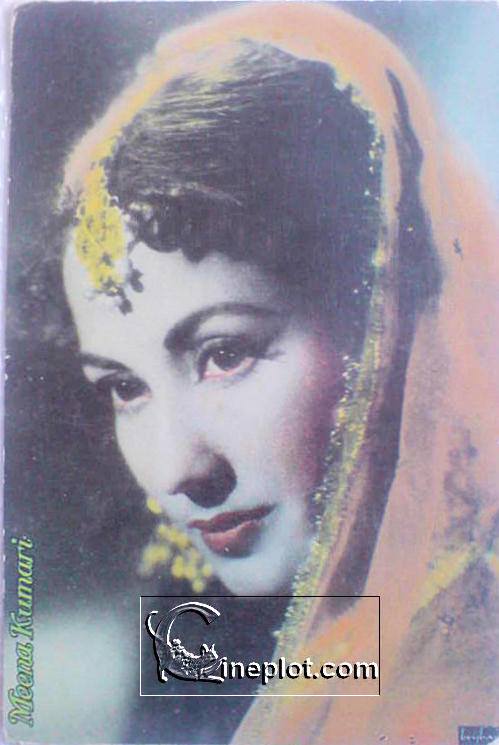 Meena Kumari also loved children, but Amrohi refused to have a child with her. She was his third wife and he already had three children when he married her.

Soon the couple’s relationship turned sour, leading to estrangement and clashes. Pakeezah took almost 14 years to make. The couple separated in 1964 and the film was shelved for almost six years. The only thing the couple produced during those years were rumours of scandal and bitterness.
At the behest of Nargis and Sunil Dutt, she prepared herself to work in Pakeeza but feared that she would not look as beautiful as she did in her early days. Kamal Amrohvi had her face smeared with concealers for the close-up shots while an artist, Padma Khanna, enacted the role physically and even danced for the last song in Pakeezah, Teer-i-Nazar Dekhenge Zakmi Jigar Dekhenge.” 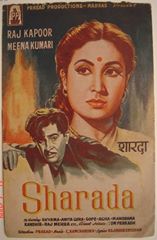 ‘Pakeezah’ was finally completed and released on 4 February 1972, but flopped at the box office. A few weeks later Meena was hospitalized in St. Elizabeth’s Nursing Home, but passed away on March 31, 1972 due to liver problems.
Shortly after her passing, the public took a renewed interest in ‘Pakeezah’ and the film subsequently went on to become a hit.
Meena Kumari died at the age of 40 on March 31, 1972, two months after Pakeezah was released.