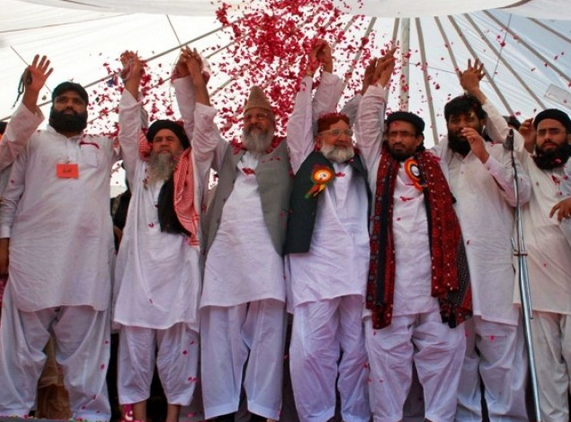 I am writing these lines in view of the TTP-ASWJ’s continued attacks on Pakistani media, particularly the Express media group but also others, and also in view of how certain sections of Pakistani media have either surrended to TTP-ASWJ’s threats or are currently considering that option.

I would like Pakistani media, anchors, journalists, reporters, analysts to consider a recent decision by some Afghan journlaists to boycott Taliban, to deny them the vital space they need to show their presence and spread their propaganda.

“On 20 March 2014, on the eve of Nauroze, the Persian new year, a day opposed by many religious extremists as ‘heresy’, four Afghan Taliban militants entered through metal detectors installed to protect Kabul’s Serena Hotel. They sat down with the other diners in the hotel’s brightly lit dining room.Around them were families and children, celebrating, eating and laughing. It was supposed to be a joyous occasion, until of course it wasn’t anymore. There are differing accounts of how events unfolded but at the end, many lay dead. They included Sardar Ahmed, a journalist for Agence France Presse, his wife and two daughters. His toddler son was left fighting for his life.

For Afghan journalists, the death of Sardar Ahmed was one of many cruel and abrupt endings brought on by the ire of a group that is known not to shy from killing its enemies and anyone else who may happen to be in the way. A group of journalists gathered at a Kabul hospital, where the injured and dead from the Serena Hotel had been taken. In a statement issued from the hospital, the journalists declared that despite their assiduous efforts to remain neutral in the conflict between the Afghan Taliban and the government, the former had never shied away from killing them.

With yet another colleague gone, they announced that they had collectively decided to boycott “coverage of news related to the Taliban for a period of 15 days, refraining from broadcasting any information that could further the Taliban’s claimed purpose of terror”. They also asked that the Taliban provide an explanation of “how they justify the shooting of children at close range”.

A journalistic boycott such as the one going on in Afghanistan may not defeat the Taliban, it may not even prevent them from killing more people, journalists or anyone else. It may, however, deny them a way of getting their propaganda and perspective out there, to the ears and eyes of millions of people.

However, in both the case of Afghanistan and Pakistan, what would be a far better tool to counter the discourse presented by the militants is a powerful counter-narrative; one that does not succumb to the pressure exerted by the Taliban and their ilk and whose principles, rooted in democratic, liberal values, present a direct contrast to the obscurant ideology propounded by a manipulative enemy.”

This is exactly what Pakistani media too needs to do. In fact, given that certain right-wing and elitist- or pseudo- liberal sections of Pakistan’s Urdu and English media continue to eulogize and promote takfiri Deobandi terrorists of ASWJ and TTP, government (if any such objective entity exists) may enforce a ban on media stopping it from publishing any news about TTP-ASWJ, particularly one which uncritically promotes their point of view or serves their agenda.

“The Afghan news boycott of the Taliban can be instructive for journalists on the Pakistani side of the border. Since the beginning of the ‘talks’ with the Pakistani Taliban, the public here has been subjected to the endless barrage of ‘breaking news’ related to the Taliban. Whether it is the formulations of committees, the statements of various constituents, or counter-statements of the Taliban themselves, every twist and turn is documented and broadcast lewd and loud into the ears of pliant Pakistanis.

Add to this the news of the attacks conducted by the Taliban, the murder of professors, doctors and intellectuals, the bomb blasts in old bazaars on street corners and major highways, and you have a 24-hour relentless news cycle dominated by the Tehreek-i-Taliban Pakistan (TTP).

While many would argue that coverage of Taliban activities, especially at a time when negotiations are under way, is needed — both to keep the public in the loop, and in the name of transparency — what is not understandable is why their extremist supporters and the Taliban themselves should be given so much airtime to propound their ideology of intolerance and hate. This becomes doubly dangerous when there is no coherent counter-narrative. Then there is the issue of the Taliban’s particular manipulation of the media coverage. Often in broadcasting or printing their statements or viewpoints, there is a fine line between reportage and how a picture of the militants actually emerges. For instance, there is a difference between publishing a militant group’s claim or responsibility for an attack and presenting it in a way that may justify, even lionise, its actions.

In their latest incarnation as partners in negotiation, the TTP has become dependent on how news about it is spun on television and in newspapers. Evidence of this can be seen in the many statements (often disseminated via email) to television anchors and journalists. In some, they offer clarifications, in others divergences.”

We agree with the above anlaysis and assert that in addition to wiping out TTP-ASWJ and pro-TTP-ASWJ discourse from the media, there is also a need for a powerful counter narrative.

In Pakistan, this alternative discourse is, for example, among very few others, provided by LUBP web site.

When we adamantly refer to ideological identity (takfiri Deobandism) and organisational identity (ASWJ, TTP) of terrorists in Pakistan, when we insist that ASWJ is the urban face of Taliban, when we refer to the fact that takfiri Deobandis of Pakistan are an important ally and surrogate of global Saudi Salafi/Wahhabi project (Al Qaeda, Jabhat Al Nusra etc), when we confront the false Sunni-Shia and Saudi-Iran binaries which obfuscate the systematic massacres of Sunni Barelvis/Sufis, Shias, Christians etc by Salafi/Wahabi and Deobandi terrorists, when we confront Nazi style silence on faith-based target killing of Sunni Barelvis/Sufis and Shias in Pakistan, when we insist that Ahmadis, Christians, Hindus and all others should be given full freedomt to freely express and practice their faith, when we oppose killing and dumping of Baloch nationalists by military establishment and its ASWJ-SSP proxies, when we criticize selective approach to human rights by elitist liberals and puritanical approach to religion by Sunni Barelvi, Deobandi, Shia and Salafi Islamists, that’s how we provide a powerful alternative discourse, which is currently lacking in Pakistan’s mainstream and social media.

It’s our claim that no mainstream or social media in Pakistan, other than LUBP, currently provides a clear and blunt counter-narrative to propaganda by TTP-ASWJ and their right-wing and fake-liberal apologists. We really hope that we are wrong on this account and we will definitely like to see more media and social media portals boycotting takfiri Deobandis and providing a powerful alternative discourse. 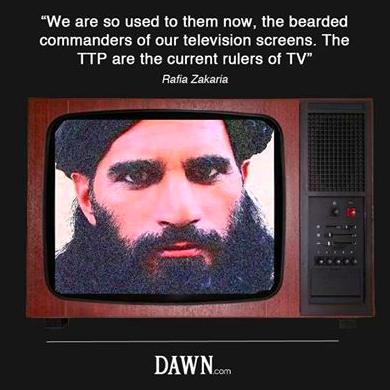