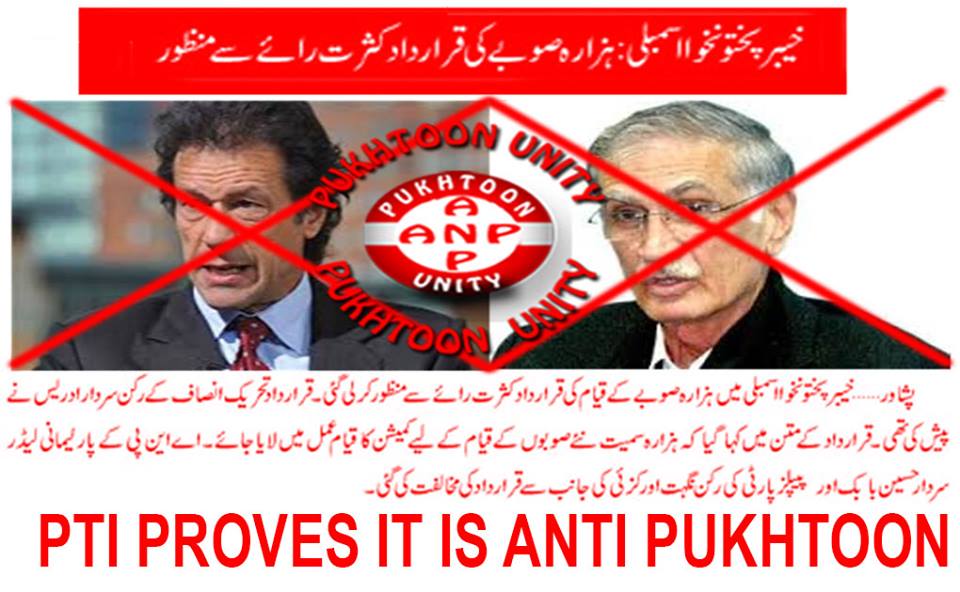 A resolution moved by the ruling Pakistan Tehreek-i-Insaf (PTI) for creating a new Hazara province was adopted with majority vote by the Khyber Pakhtunkhwa (KP) Assembly on 21 March 2014. The resolution read that the provincial assembly should request federal government to pass a bill for National Assembly for creation of new units including Hazara within the ambit of Constitution with the objective of easing administrative affairs.

As expected, Pashtun and Hazarewal (Hindkowan) nationalists have different views on this issue.

However, how can certain Pashtun nationalists describe an elected Pashtun majority government, led by a Pashtun CM and other senior ministers, as a colonial, imperial or Punjabi dispensation?

Denial is not just a river in Egypt. ANP was effectively rejected by the majority of Pashtuns in KP just as PPP was wiped off from almost entire Punjab and Balochistan.

Pashtuns are diverse, not uniform. They have different ideological and political orientations and priorities which must not be discarded.

Colonial and postcolonial are the most abused and misused words in the current discourse of certain Pashtun nationalists and liberals who are quick to blame outsiders (Arabs, Americans, Punjabis etc) but are almost completely silent on local roots of the Deobandi and Salafi/Wahabi hate ideology in Pashtun areas, nor do they reflect about the failings of their own secular parties and leaders, which have created space for right-wing groups such as JUI-F, PTI, PML-N, ASWJ and TTP. 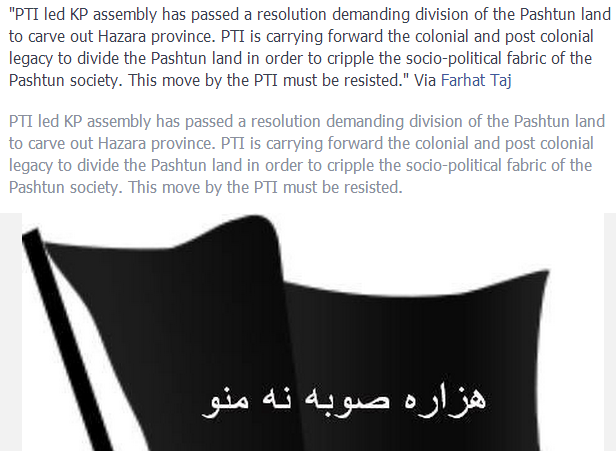 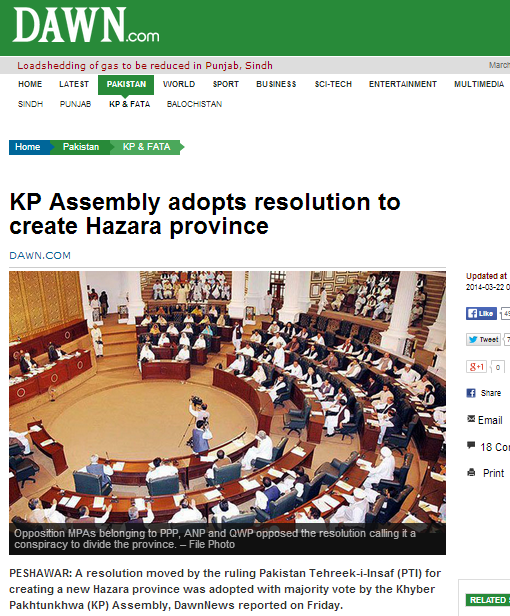