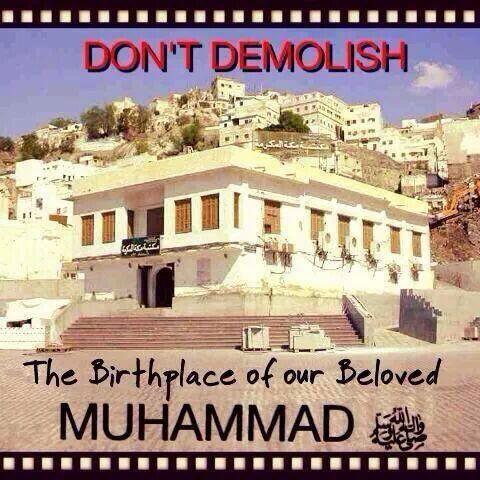 Over the past two centuries, Takfiri (Salafi) Wahhabis have been desecrating and demolishing some of the most sacred sites held dear by Muslims the world over. But it is strange that while Muslims may decry the desecration of mosques by others (the Babri Mosque episode is an example), most believers remain mysteriously quiet over the sacrilege committed by the Wahhabi\Takfiri\Saudi combine. In the early 19th century Wahhabi raiders attacked the sacred resting place of Imam Husain (AS) in Karbala al-Muallah, Iraq, a site revered by Muslims across the globe. Around the same time the Baqi cemetery in Madina al-Munawwara containing the graves of some of the closest members of the Holy Prophet’s (PBUH) family, as well as his companions and later Muslim luminaries, were destroyed. Around a century later, in the 1920s, this ugly history repeated itself as the ascendant Saudis under Najdi ruler Abdul Aziz ibn Saud, who would occupy Hejaz and other parts of the Arabian peninsula and create the modern Kingdom of Saudi Arabia, entered the holy cities of Madina and Makkah al-Mukarrama.

Ever since that period, the destruction of Islamic heritage has continued almost non-stop. The Wahhabi storm troopers of Abdul Aziz not only desecrated Baqi again, but the al-Muallah cemetery in Makkah was also leveled, which contained tombs of the Prophet’s (PBUH) close family members. Experts estimate that over the last 50 years, hundreds of structures associated with the Blessed Prophet (PBUH), his family and companions have been demolished by the Saudis. Today, under the guise of ‘development’, Saudi capitalists and the Wahhabi clergy have joined forces to erase all traces of Islamic history from the two holy cities. Today, the Bayt al-Mawleed, the house where the Holy Prophet (PBUH) was believed to be born in Makkah, is also threatened by Saudi bulldozers. The threats and demolitions are made on purely religious  reasons:

Ten years ago, a mosque which belonged to the Prophet’s grandson was dynamited. Pictures of the demolition that were secretly taken and smuggled out of the kingdom showed the religious police celebrating as the building collapsed.
http://libertyblitzkrieg.com/2012/10/29/why-are-the-saudis-demolishing-ancient-islamic-sites-to-construct-a-mega-mosque/

And the majority of Muslims, who speak up — and rightfully so — at the slightest show of disrespect to the Messenger (PBUH) are sadly quiet about the sheer sacrilege being committed under the direction of the Aal Saud and their pocket clergy. But the manifestations of Takfiri\Wahhabi hatred of Islamic history and of revered Islamic figures are not limited to the Arabian peninsula. Repeating the sad history of what Karbala underwent due to the malice of several tyrannical rulers towards the grave of Imam Husain (AS), in 2006 and again in 2007 the Al-Askari mosque in Samarra, Iraq, containing the tombs of the Tenth and Eleventh Imams (AS) was bombed by Al Qaeda in Iraq, ideological offspring of the Wahhabis. Scores of other mosques, Imambargahs, Sufi shrines, tombs, dargahs and other places of worship belonging to different Muslim schools of thought have been destroyed by Wahhabis or their spiritual\ideological offspring in places like Pakistan, Afghanistan, Mali, Somalia, Syria and Tunisia.

On the other hand in different Muslim countries non-Muslim places of worship, including Ahmadi worship houses, Christian churches and Hindu temples have also been attacked by Wahhabi-inspired zealots. It is strange that while the Wahhabis are bent on erasing Muslim history in Arabia while attacking the sanctity of Muslims and non-Muslims alike across the world, they are silent about the ‘innovations’ introduced by their paymasters, the Aal Saud, the clan that rules Saudi Arabia. Visiting graves or structures associated with the Holy Prophet (PBUH), members of his family and companions as well as Muslim saints is bidaa (innovation) and shirk (polytheism) for the Wahhabi clergy. Yet the opulent palaces of the Aal Saud, their extravagance, debauchery and oppression of their own citizenry seem to sit perfectly well with the Wahhabi state clerics. Perhaps there is still time for the world’s Muslims to awaken and save what little Islamic heritage has been spared by the Saudi\Wahhabi bulldozers and forge unity in the face of Takfiri dissension and fitna.