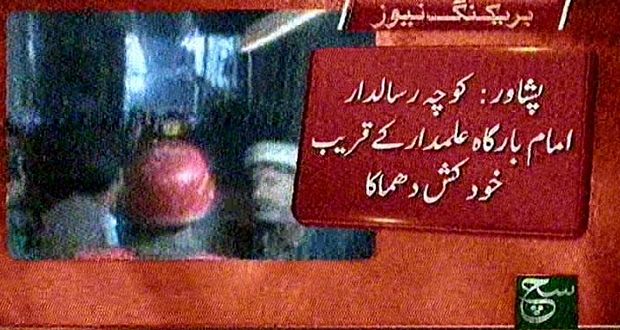 Here are some actual statistics on Shia genocide (target killed due to faith) in Khyber Pakhtunkhwa province since Imran Khan’s PTI came to power on 1 June 2013. A higher number of innocent Sunnis has been killed by the same ASWJ-TTP terrorists in the same period, however, Shias (along with Sunni Barelvis, Christians etc) have been specifically taraget killed due to their faith.

The above list is neither exhasutive, nor complete.  It does not take into account incidents of Shia genocide in Kurram agency (including Parachinar) by the ASWJ-TTP terrorists hiding in other parts of FATA and KP. Also, it does not take into account ordinary Shias killed in indiscriminate attacks on security forces and civilians by ASWJ-TTP terrorists. Nor does it present the larger, much grimmer law and order situation in the KP province, such as the disgraceful jail-break in D.I.Khan and the massacre of Christians in Peshawar church.

Sadly, while the PTI-JI coallition has failed to stop Shia genocide in KP (not unlike PPP’s dismal performance in Sindh province and PMLN’s cirminal alliance with ASWJ-SSP), Pashtun nationalists (ANP and others) have kept tight silence on the organizational identity (Sipah-e-Sahaba aka ASWJ) and ideological identity (takfiri Deobandi) of terrorists who are not only target killing Shias but also Sunni Barelvis and Christians in KP, FATA and other areas of Pakistan.