Home  »  Newspaper Articles   »   Prisoners at the palace: Saudi princesses plead for help as they claim they are being held by the king against their will – by Damien Gayle 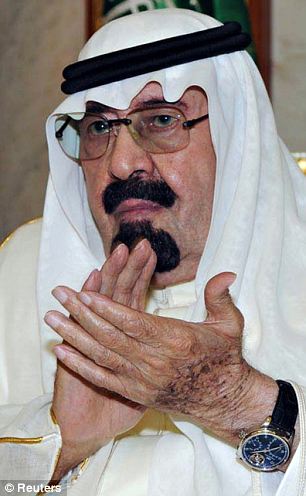 Two daughters of the King of Saudi Arabia claim they and their sisters have been held prisoner in the royal palace for 13 years.

Princesses Sahar, 42, and Jawaher, 38, said that they are being kept against their will in a guarded villa in the royal compound in Jeddah.

Their claims shed light into the usually secret world of royal family of a country where women are effectively treated as second-class citizens.

Saudi Arabia is the only country in the world that prohibits women from driving. It scored 130th out of 134 countries analysed by the World Economic forum in a 2009 report on gender parity.

But the restrictions allegedly placed on Sahar and Jawaher go well beyond what is allowed under Saudi law.

In emails and phonecalls to a Sunday newspaper, Sahar and Jawaher claimed that their sisters Hala, 39, and Maha, 41, are also being held, incommunicado, in separate villas in the Jeddah compound.

Their mother Alanoud Alfayez, who is divorced from Saudi King Abdullah, has reportedly written to the UN’s human rights agency to intervene on their behalf.

She told the Office of the High Commissioner for Human Rights (OHCHR) that her daughters are ‘imprisoned, held against their will, cut off from the world’, according to a report in The Sunday Times.

Sahar and Jawaher told the newspaper in an email that they are kept alone in a house most of which they have closed off as they have been left to fend for themselves with nobody to help them with the housework. Royal visit: King Abdullah, who has 38 children by many wives, is pictured with the Queen in London in 2007

‘We slowly watch each other fading away into nothingness,’ they said, adding that their sister Hala had told them ‘that her mind is slipping away … that the life is being sucked out of her.’

They added that they can only go out to shop for food – and even for this, they need permission from a half-brother whom the king has put in charge of them.

It was also revealed that Sahar found a teller’s job at a bank through a friend, which she enjoyed because it ‘saved me from the monotony and tediousness of life in Saudi’.

However, upon telling her father that she wanted to start working full time, he blocked it – and said he did not want any of his daughters to be an employee.

‘I tried to persuade him that it was a small women’s bank that dealt with university students’ accounts and that it was quite a decent place,’ she said. ‘He ridiculed my efforts.’ King Abdullah and Prince Philip review a Guard of Honour at Horse Guards, London: Saudi Arabia is a key Middle-East ally of the West. Its royal family enjoy massive wealth, with the king one of the world’s richest men

Abdullah became king of Saudi Arabia in 2005. The oil-rich state is a key ally of the U.S. in the Middle East and its extensive royal family enjoy massive wealth, with the king one of the world’s richest men.

Ms Alfayez was only 15 years old when she married King Abdullah, who was then in his 40s, but he divorced her just over a decade later.

The king, who has 38 children by a number of wives, has placed his four daughters with Alfayez under the control of three of their half-brothers, according to Sahar.

Under Saudi law, girls and women are forbidden from travelling, conducting official business, or undergoing certain medical procedures without the express permission of their male guardians.

Sahar said that the sisters had enjoyed a pampered adolescence but that animosity towards her and her sisters had grown after they began to complain to their father about the poverty endured by most of the Saudi people. In discussion: Former US president George W. Bush (left) talks with King Abdullah before a dinner at Al Janadriyah Ranch in Saudi Arabia, in January 2008

Some of the young princes had also criticised them because of their party-loving lifestyle.

‘We slowly watch each other fading away into nothingness’

But it was in the late Nineties that matters came to a head when Hala, who has a degree in psychology, complained that the regime’s political opponents were being locked up in the psychiatric wards of the hospital where she worked.

The Sunday Times said that full details of the allegations made by the sisters and their mother had been put to the Saudi embassy, but there had been no reply.

The OHCHR said that it would pass on Ms Alfayez’s letter to Rashida Manjoo, who is the UN special rapporteur on violence against women.