Is generic rightwing bashing by Pakistani liberals any good? 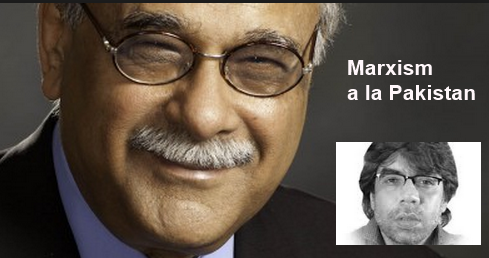 Generic rightwing bashing by Pakistani liberals doesn’t help when the only CLEAR condemnation of radical Deobandi terrorists of TTP-ASWJ comes from the rightwing eg Sunni Barelvi SIC and Shia MWM.

Rightwing-liberal binary is increasingly irrelevant in Pakistan given than most clear opposition to Takfiri Deobandi militants of TTP-ASWJ comes from religio-political parties of Sunni Barelvis and Shias.

In fact, most “liberals” in Pakistan support pro-TTP Imran Khan while others, mostly drawing-room liberals, remain silent, confused or compromised, in pursuit of their socio-economic and political interests.

The populist rightwing-liberal binary doesn’t explain why Shireen Mazari and Ansar Abbasi, Najam Sethi and Hamid Mir, or Nadeem Paracha and Umar Cheema are two sides of the same coin, when it comes to silence on or obfuscation of Deobandi terrorism against Sunni Barelvis, Shias, Christians and other communities by radical Deobandi terrorists.

Sadly, not only liberal parties in Pakistan have lost the plot, liberal media and writers too have met the same fate. Outdated, irrelevant in their news reports and analyses.

Therefore, while we may disagree with them on other issues, we see certain rightwing-leaning persons such as Ahmad Noorani or Zaid Hamid taking a boldly clear stance against Takfiri Deobandi TTP-ASWJ terrorists while Nadeem Paracha, Sherry Rehman, Raza Rumi and Nusrat Javeed types continue to use generic terms to bash Islamists, religious extremists and terrorists. Huma rights groups are no bettter either who routinely highlight the Hazara identity of Shia victims of Balochistan while delete the Deobandi identity of Sunni terrorists who are killing both Sunni Barelvis and Shias.

The only relevant binary in today’s Pakistan is the struggle between Deobandi TTP-ASWJ terrorists and those who oppose them. It is important to clearly state one’s position in this regard.

Therefore, all Pakistanis, including rightwingers and liberals, must clearly oppose Deobandi TTP-ASWJ fascism in Pakistan. This is the only way forward to building a progressive, tolerant and stable Pakistan.

It is time for liberals and moderate rightwingers to unite against Deobandi TTP-ASWJ fascism. We must make use of all the resources that we have if we want to survive the Deobandi killing machine.