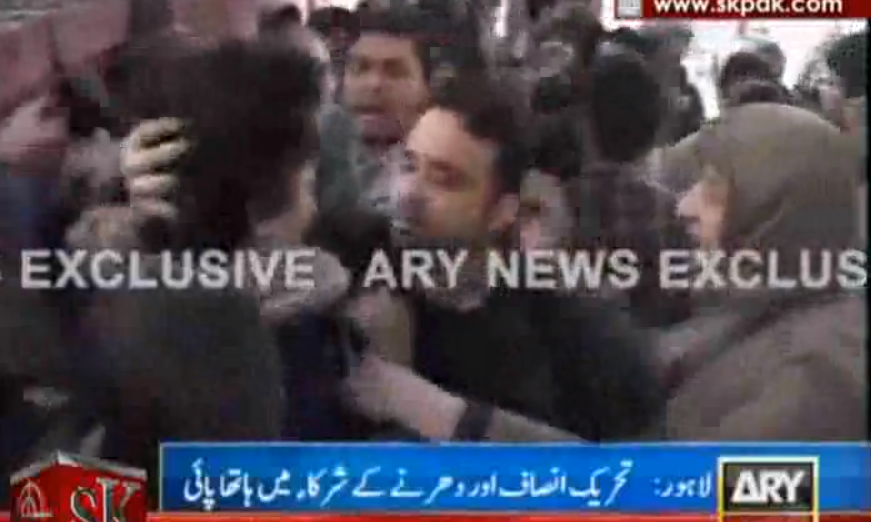 It is not a nice feeling to be proven wrong. People who have known me all along know that I never like to lose an argument or accept my mistake. Yet, I am forced to accept one of the biggest mistakes of my life i.e., I voted for PTI.

The funny part is that I was not entirely convinced about voting for it in the first place. While Imran Khan the sportsman was my hero, his naivety in politics had always been a big turn off for me. It is a dangerous precedent to allow someone to control fate of your country who after all these years still comes out as somewhat of a rookie with his trivial, clichéd and hollowed solutions to complex problems. So why did I changed my mind? There were two reasons:

1. While Khan had his fair share of problems, it seemed (and still seems) that media turned a blind eye towards incompetence of major two parties, one of which was criminally silent over all the murders in the country, while the other is practically complicit. I had previously written how our elites seemed to make IK their punching bad and scapegoat in order to hide their own continued support to the two failed parties (https://lubpak.com/archives/230170). I still stand by that point.

2. PPP was simply too corrupt, too incompetent and in context of Punjab at least, too irrelevant to be voted in May 2013, While PMLN has a record of links with extremists and sectarian killers. Though IK’s narrative was false he did not seem to be complicit with the killers. Yes I took the lesser evil. Or did I?

Many Shia Muslims voted for PTI in hope that after coming in power, Khan may get to see the reality of the dangerous situation and may realize the faults in his arguments. So far that has not been the case. Khan and his party seem to go on making one blunder after the other without realizing they are losing their supporters. From Pervez Khattak’s frightened appeal of mercy to Taliban declaring they are not their enemy and KPK has no war with them, to IK’s stubborn approach towards bloopers like Taliban office, PTI not only is far from learning quickly, but the total feeling that comes out is of shameless cowardice. Khan has even made loud empty broken record of his own arguments when there was not even necessity. While PMLN government remained mum on key issues, calculating its options, which often gave the feeling of the absentee federal government, it sat back and let Khan make one loud blunder too many to strengthen the already existing thought in media that he is the main hurdle behind national consensus over terrorism policy. And to an extent that statement is right as well because Khan has influence over youth of the country and he has a fair share in spreading the narrative which has confused nation’s thinking. While in practical terms, federal government holds the key to make any decisions, it is the national consensus which is missing in order to conclude the anti terror policy.

So, even though MWM leaders have disassociated themselves from what happened to PTI delegation at Lahore sit-in, it should still be an eye opener for Imran Khan sahab that what happened in one year that the same place and people who welcomed him on last occasion, started fuming at the presence of his party even though it had come as a show of support. PTI leaders claim that Imran has never talked against operation against LeJ, but that just exposes the overall naïve approach of the party towards the problem which is even more dangerous. LeJ, TTP and Alqaeda are not separate entities, but different names of same nexus of ASWJ aka Anjuman Sipah Sahaba (ASS) which has infiltrated our security agencies, media and urban populace. No half baked operation can solve the problem, but there is a need to wipe the whole menace completely. However, IK and PTI still seem to be stuck with same old broken record of how this is not our war. PTI needs to realize that their stance is losing them support and people who voted for them have already begun chanting slogans against them. If Khan sahib wants to become next PM as he so passionately claims so confidently in his private conversations with journalists, he first need to retain the previous voters first. His lack of acknowledgement of the current war that is going on in the country is a disgrace to the memory of all the sacrifices of families of Pakistan from all sections that have lost their loved ones due to the inhuman Takfiri Deobandi threat. Sometimes a huge embarrassment is what we need to look into our ways. The sit-in embarrassment should be a wakeup call for the party. From the look of things, Pakistan will be moving to eventual war against terror in a full scale operation. If at that time Khan’s approach is different than all the rest of the nation, he will find himself sitting alone at some dark corner without anyone missing him.

IK’s recent statements have been somewhat different from his earlier stances. But I am not too much hopeful that he will leave his stubborn approach. Although I hate to be proven wrong, I will be delighted if Khan proves me wrong here, because that is the need of the time for Pakistan.