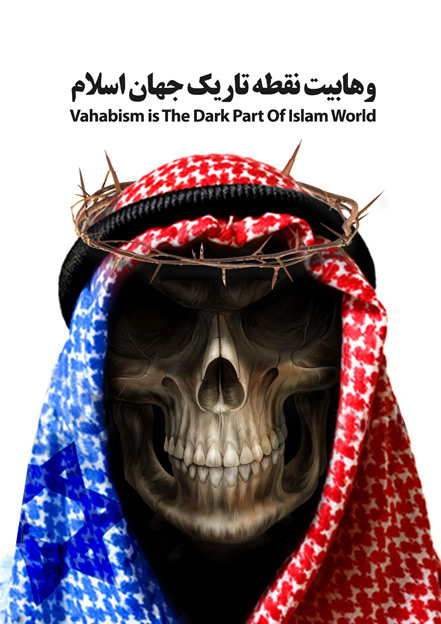 World View: There is now a pool of jihadis willing to fight and die anywhere

Anti-Shia hate propaganda spread by Salafi/Deobandi religious figures sponsored by, or based in, Saudi Arabia and the Gulf monarchies, is creating the ingredients for a sectarian civil war engulfing the entire Muslim world. Iraq and Syria have seen the most violence, with the majority of the 766 civilian fatalities in Iraq this month being Shia pilgrims killed by suicide bombers from the al-Qa’ida umbrella group, the Islamic State of Iraq and Syria (Isis). The anti-Shia hostility of this organisation, now operating from Baghdad to Beirut, is so extreme that last month it had to apologise for beheading one of its own wounded fighters in Aleppo – because he was mistakenly believed to have muttered the name of Shia saints as he lay on a stretcher.

At the beginning of December, al-Qa’ida in the Arabian Peninsula killed 53 doctors and nurses and wounded 162 in an attack on a hospital in Sanaa, the capital of Yemen, which had been threatened for not taking care of wounded militants by a commentator on an extreme Sunni satellite TV station. Days before the attack, he announced that armies and tribes would assault the hospital “to take revenge for our brothers. We say this and, by the grace of Allah, we will do it”.

Skilled use of the internet and access to satellite television funded by or based in Salafi states has been central to the resurgence of al-Qa’ida across the Middle East, to a degree that Western politicians have so far failed to grasp. In the last year, Isis has become the most powerful single rebel military force in Iraq and Syria, partly because of its ability to recruit suicide bombers and fanatical fighters through the social media. Western intelligence agencies, such as the NSA in the US, much criticised for spying on the internet communications of their own citizens, have paid much less attention to open and instantly accessible calls for sectarian murder that are in plain view. Critics say that this is in keeping with a tradition since 9/11 of Western governments not wishing to hold Saudi Arabia or the Gulf monarchies responsible for funding extreme Salafi/Deobandi jihadi groups and propagandists supporting them through private donations.

Satellite television, internet, YouTube and Twitter content, frequently emanating from or financed by oil states in the Arabian peninsula, are at the centre of a campaign to spread sectarian hatred to every corner of the Muslim world, including places where Shia are a vulnerable minority, such as Libya, Tunisia, Egypt and Malaysia. In Benghazi, in effect the capital of eastern Libya, a jihadi group uploaded a video of the execution of an Iraqi professor who admitted to being a Shia, saying they had shot him in revenge for the execution of Salafi militants by the Iraqi government.YouTube-inspired divisions are not confined to the Middle East: in London’s Edgware Road there was a fracas this summer when a Salafi (Sunni fundamentalist) cleric held a rally in the face of objections from local Shia shopkeepers. Impelled by television preachers and the social media, sectarian animosities are deepening among hitherto moderate Sunni and Shia, with one Shia figure in the UK saying that “Even in London you could open the address books of most Sunni without finding any Shia names, and vice versa.”
The hate propaganda is often gory and calls openly for religious war. One anti-Shia satellite television station shows a grouping of Shia clerical leaders, mostly from Iran, Iraq and Lebanon, labelled as “Satan’s assistants”. Another asks “Oh Sunni Muslims, how long will you wait when your sons are led to be hanged in Iraq? Is it now time to break the shackles?” A picture of a woman in black walking between what appear to be two militiamen is entitled “Shia men in Syria rape Sunni sisters”, and another shows the back of a pick-up truck heaped with dead bodies in uniform, titled “The destiny of Syrian Army and Shia soldiers”. Some pictures are intended to intimidate, such as one showing an armed convoy on a road in Yemen, with a message addressed to the Shia saying: “Salafi/Deobandi tribes are on the way”.Sectarian animosities between Salafi/Deobandi and Shia have existed down the centuries, but have greatly intensified since the Iranian revolution of 1979 and the eight-year Iran-Iraq war that followed it. Hatreds increased after the US invasion of Iraq and the takeover of what had been a Salafi-run state under Saddam Hussein by the majority Shia community, which generated a ferocious sectarian civil war that peaked in 2006-07 and ended with a Shia victory. Opposition to Iran and the new Shia-run state of Iraq led to Salafi rulers emphasising the Shia threat. Shia activists point in particular to the establishment in 2009 of two satellite channels, Safa TV and Wesal TV, which they accuse of having strong anti-Shia bias. They say that Saudi clerics have shown great skill in communicating extreme sectarian views through modern communications technology such as YouTube, Facebook and Twitter, giving them a much wider audience than they had previously enjoyed.An example of the inflammatory views being pumped out over YouTube is a sermon by Nabil al-Awadi, a cleric in Kuwait, who has 3.4 million followers on Twitter. His speech is devoted to “exposing the biggest conspiracy the Muslim world faces”, which turns out to be a plot “conceived in Qom [the Shia holy city in Iran], and handled by sayyids and chiefs in Tehran, to get rid of the nation of Islam, aiming to desecrate the Kaaba [the building in Mecca that is Islam’s most sacred site] brick by brick”.
Mr Awadi relates that Iraq fell to an enemy whom he does not name, but he clearly means the Shia, often referred to as Safavids after the Iranian dynasty of that name. He says that in Iraq “they were killing the imams with drills in their heads until they are dead and they put the bodies in acid to burn until they died”. But the speaker looks forward to a holy war or jihad in Syria, where a great battle for the future of Islam will be fought and won. He warns that “they did not know that jihad is staying and will put fear in their hearts even if they are in Washington, even if they are in London, even if they are in Moscow”.In Egypt, the Shia are only a small minority, but a cleric named Mohamed Zoghbi reacted furiously to the suggestion that they appear on satellite television to debate religious differences. “We would cut off their fingers and cut off their tongues,” he said. “I must cut off the Shia breath in Egypt.” Bloodthirsty threats like this have great influence on ordinary viewers, since many Egyptians watch religious channels continuously and believe the opinions expressed on them. An example of what this kind of incitement can mean for Shia living in communities where Sunni are the overwhelming majority was demonstrated in June in the small village of Zawyat Abu Musalam, in Giza governorate in Egypt. Some 40 Shia families had previously lived in the village until an enraged mob, led by Salafist sheikhs, burned five houses and lynched four Shia, including a prominent local figure.Video films of the lynching, which took place in daylight, show the savage and merciless attacks to which Shia minorities in many countries are now being subjected.

Hazem Barakat, an eyewitness and photojournalist, minutely recorded what happened and recorded it on Twitter in real time. “For three weeks, the Salafist sheikhs in the village have been attacking the Shias and accusing them of being infidels and spreading debauchery,” he told Ahram Online. Film of the incident shows a man, who looks as if he may already be dead, being dragged through a narrow street in the village by a mob. Among the four dead was 66-year-old Hassan Shehata, a well-known Shia leader who had been twice jailed under Hosni Mubarak for “contempt for religion”. Police came to the village but arrived late. “They were just watching the public lynching like everyone else and did not stop anything,” said Mr Barakat.

A significant sign of the mood in Egypt is that immediately after the lynchings, a TV host said that Mr Shehata had been killed because he had insulted the Prophet Mohamed’s relatives. Several Salafist and conservative Facebook pages are cited by Ahram Online as having lauded the murders, saying that this was the beginning of eliminating all the three million Shia in Egypt.
Given that Shia make up between 150 and 200 million of the 1.6 billion Muslims in the world, they are a small and usually vulnerable minority in all countries aside from Iran and Iraq, though they are numerous in Lebanon, Pakistan and India. In Tunisia last year, a pro-Palestinian march by Shia in the city of Gabes was attacked by Salafists chanting, “There is no god but Allah and the Shia are the enemies of God.” Tunisian eyewitnesses cite the influence of Egyptian and Saudi religious channels, combined with the Salafists claiming to be the last defence against an exaggerated threat of a takeover by Iran and the Shia.The propaganda war became more intense from 2006 on, when there were mass killings of Salafi in Baghdad which, having previously been a mixed city, is now dominated by the Shia, with Salafi confined to  enclaves mostly in the west of the city. The Salafi community in Iraq started a protest movement against persecution and denial of political, social and economic rights in December 2012. As the Iraqi government failed to conciliate the Salafi with concessions, a peaceful protest movement mutated into armed resistance.The enhanced prestige and popularity of the Shia paramilitary movement Hezbollah, after its success against Israel’s air and ground assault in 2006, may also be a reason why Salafi governments tolerated stepped-up sectarian attacks on the Shia. These often take the form of claims that Iran is seeking to take over the region. In Bahrain, the Salafi monarchy repeatedly asserted that it saw an Iranian hand behind the Arab Spring protests in early 2011, though its own international inquiry later found no evidence for this. When President Obama said in September that Bahrain, along with Iraq and Syria, suffered from sectarian tensions, the Bahraini government furiously denied that any such thing was true.

Social media, satellite television, Facebook and YouTube, which were praised at the start of the Arab Spring as the means for a progressive breakthrough for freedom of expression, have turned into channels for instilling hatred and fear. Fighters in Syria, Iraq, Libya, Yemen and other countries beset by violence often draw their knowledge of the world from a limited number of fanatical internet preachers and commentators calling for holy war by Salafi/Deobandi against Shia; often such people are crucial in sending young volunteers to fight and die in Syria and Iraq.

A recent study of dead rebel fighters in Syria by Aaron Y Zelin of the International Centre for the Study of Radicalization indicates that jihadi death notices revealing country of origin show that 267 came from Saudi Arabia, 201 from Libya, 182 from Tunisia and 95 from Jordan. The great majority had joined Isis and the al-Nusra Front, both of which are highly sectarian organizations. A deeply dangerous development is that the foreign fighters, inspired by film of atrocities and appeals to religious faith, may sign up to go to Syria but often end up as suicide bombers in Iraq, where violence has increased spectacularly in the past 12 months.

There is now a fast-expanding pool of jihadis willing to fight and die anywhere. The Saudis and the Gulf monarchies may find, as happened in Afghanistan 30 years ago, that, by funding or tolerating the dissemination of Salafi/DeobandiShia hate, they have created a sectarian Frankenstein’s monster of religious fanatics beyond their control.