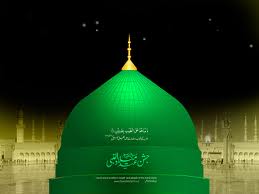 This Eid-e-Milad-e-Nabi (PBUH) to be celebrated on 14 January 2014 comes at a time of unprecedented sensitivity and significance. Only a couple of weeks before, the Takfiri-Deobandis led by the likes of Rana Sana, Ahmed Ludhianvi, Ansar Abbasi, and Hamid Mir had done all they could to stop the chehlum processions in various cities of Pakistan, especially one in Rawalpindi. Backed by the highly partisan media like GEO-Jang, the Sipa-e-Sahaba/Ahle Sunnat Wal Jamat (SSP/ASWJ) threatened to stop the chehlum processions at all costs. On social media and through a print media campaign, the SSP/ASWJ made no secret that the Takfiri-Deobandis would go to any extent to stop the processions.

But it was the brave and principled stand of Pakistan’s Shias and Brelvi Muslims that forced the SSP/ASWJ and their backers, the Punjab government, to beat a retreat. That was unprecedented. Armed to the teeth and above the law, the retreat of the SSP/ASWJ was a very big victory for the nation of Pakistan which has been held hostage by the Takfiri-Deobandis who do not make even 5 percent of the country’s population.

We should not forget the goodwill shown by the communities like the Christians and the Hindus. These two minorities have always held Imam Hussain (AS) in the highest esteem. They have always participated in the processions mourning the martyrdom of the Imam (AS) and his family and companions. Like the beleaguered Shias and Brelvis, these two minorities have also been at the receiving end of the Takfiri-Deobandi terrorism.

But the SSP/ASWJ did not give up on its Islamofascist designs. After failing to stop the chehlum processions, these pro Yazid Takfiri-Deobandis Taliban began to campaign against the Eid-e-Milad-e-Nabi (PBUH) calling it “forbidden” in Islam. Once again, the Takfiris and their supporters in the media and the Punjab government started a campaign of intimidation. But the Islamabad national unity conference reminded them that the resolve of the Pakistan nation was strong enough to withstand the Takfiri terrorists. The conference made up of various religious denominations of Pakistan declared that the birth day of the Prophet (PBUH) would celebrated with the usual pomp:

Thus, the processions to be taken out on 14 January celebrating the birth of the Prophet of Islam (PBUH) is going to be a collective-national statement against the SSP/ASWJ, the Punjab government, and the likes of GEO-Jang. The processions to be taken out all over Pakistan will be a national manifesto whose very essence will be that Pakistan is an independent country, and not a Saudi Arabian satrapy. These processions will also serve as a reminder to the Sharif Brothers: They may be acting as executioners of the Wahabi House of Saud, but they will be powerless unless they rule Pakistan as patriotic Pakistanis, and not as Saudi proxies.

The Eid-e-Milad-e-Nabi (PBUH) processions will see participation of Christians and Hindus too, which will reflect one aspect of the character of our Prophet (PBUH): Tolerance.
We at LUBP urge the leadership of Shias, Brelvis, Hindus, and Christians that in future all religious festivals and activities should be held as collective and collaborative acts. There should not be exclusively Shia, Brelvi, Christian, or Hindu religious events. If the nation of Pakistan wants to defeat the Takfiri-Deobandi Goliath, then all Pakistanis will have to live multi-religious and multicultural lives which will not only be an expression of peaceful co-existence, but will also bring about great peace and harmony. A peaceful multi-denominational Pakistan will be great defeat to the House of Saud which has spent billions of petrodollars to turn Pakistan into a mono-denominational entity which is an insult to the very notion of civilization. Let Pakistan win. Let us build Pakistan in the face of the Takfiri assault! 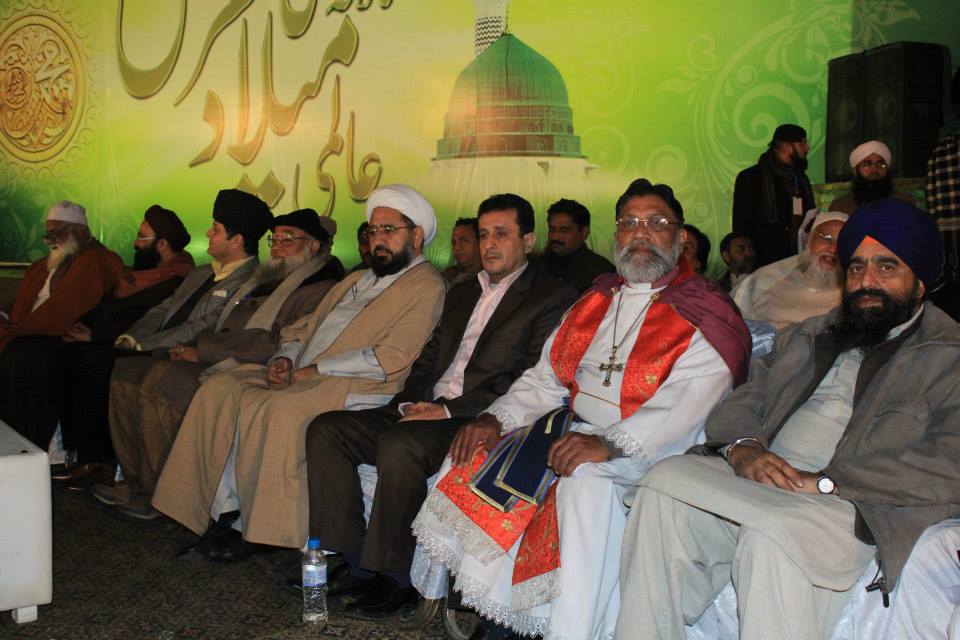