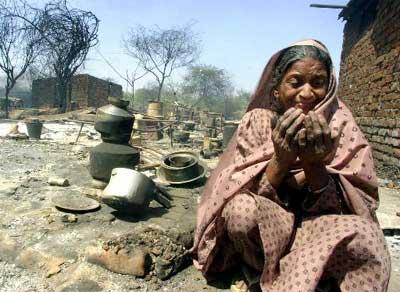 Yesterday I and my friend had to attend the Qul Khani (A Religious Activity) at two places to commemorate the sad demise of our dear ones. In the evening as I returned from these activities I was in deep shock and sadness. The reason for this is that that I had witnessed that how the show of wealth have purchased our feelings even on these sacred religious activities and its indeed very shocking.

Our society has been transformed into very rigid compared with its past traditions in passed years.I was with one of my friend as we entered in the Qul Khani of a famous person of the city, as we approached the main sitting area I was shocked to see that the poor people were sitting outside the tents and only the social elite was allowed to enter in that area which was covered with the heaters and seats and all kind of this rich stuff. It was hard for me to continue sitting in this place where you can witness the double standards in the name of this religious activity,so I escaped from this elite Qul Khani.

After this we went to another Qul Khani and this was again very sad for me as I saw that the associates of the demised belong to poor working class,here we found the mourners were sitting in an open area in cold breeze.The remarkable thing was that in this place all people were sitting together irrespective of their wealth or anything else.No one was showing his wealthy credentials here and all looking equal.I indeed felt sad after returning and kept thinking on our social behaviors and and our so called religiousity which has been hijacked by the wealth in its worst conditions.

I think that there should be state owned funeral services which should treat equally to all the people so that we cannot be able to see these darkest pictures again and again.I will end today’s writing on the famous following line by Karl Marx in The Communist Manifesto.