It would be interesting to note that certain sections of Pakistani liberals—secular, atheistic, agnostic, leftist— are too quick to take up issues like violence against Christians, Hindus, Jews, women etc, which is a very great thing to do. But when it comes to the persecution of Shias, Sunni Brelvis, Ahmadis, Balochs etc, these elements mostly not only keep quiet about it, some of them actually justify it.

Superficially, it seems that campaigning for the rights of Christians, Hindus, Jews etc will get these liberals international attention or fundings because these besieged communities have international references, and the international media is quick to take up these issues. But there is something deeper here.

As pointed out by a Pakistani social media activist, it is not just that the so-called liberals of Pakistan (based in and outside Pakistan) ignore the persecution of Shias and Sunni Brelvis; the fact is that these two Muslim communities are ridiculed too. This is so because they have no fire power. In his own words,

“It’s easy to take on Sunni Brelvis (who don’t have state support and are not armed to teeth) and so countless Facebook lifestyle liberals have shared the photo of a guy with green scarf and lights making himself look like a Christmas tree. Majority of them would not dare say a word when Takfiri Deobandis blast their ass off in a market or Salafi beasts chew livers. You can only ridicule and bash Shias and Brelvis apparently, it’s sectarian for others. But you seem to forget that superstition won’t take your life fake liberals, state sponsored Takfiri terrorists will even if you give them cover by remaining ‘impartial’…. When the Deobandi mafia take over Pakistan, which is not too far, we’ll see how the Facebooki lifestyle liberals maintain their false neutrality. This so called impartiality in times of war is a nail in your own coffin.— (Ale Natiq)”

Another fellow acitvist put it thus,
“Given that Sunni Sufis/Brelvis, Shias and Ahmadis, in general, do not aspire for global domination or caliphate of Islam, they are relatively more inclusive and tolerant, as compared to (with some exceptions) Deobandis and Salafis/AhleHadith who, even though some of them may claims to be ‘real liberals’ (eg JI folks) or secularists or atheists etc, cannot overcome intra—Muslim sectarian prejudices and remain full of hatred of the Rafizis, the Qadyanis and the Qabar Parast people. (Abdul Nishapuri)”

A number of examples can be given, but in this short comment just one will suffice for its absolutely heartless sectarian bias. Dr Haider is a Pakistani of Deobandi-Wahhabi orientation based in the UK. He claims to be the founder of a facebook group, Rationalist Society of Pakistan. By his own claim, he is a rational person and understands things rationally. Here is how Dr Haider Shaha shows his ‘rationalism’ in the shape of ShiaPhobia published in the Daily Times newspaper:

“A few days ago, I happened to listen to Maulana Ahmad Ludhianvi and felt devastated. Not that what he said was repugnant but rather surprisingly whatever he said, I felt he had stolen my ideas. He very eloquently stated that billions of rupees were lost on account of extraordinary security arrangements necessitated by a few rituals of a religious sect. This money could have been utilised for alleviating poverty in the country, he argued. Quite rational and sensible comments from someone who is considered an icon of sectarian hatred in the country. There is one problem though, which is not unique to Ludhianvi sahib alone.”

Mark the deference in his tone as he talks about Mullah Ludhianvi, the man who is the leader of the banned Deobandi terrorist outfit Sipah-e-Sahaba Pakistan (SSP aka ASWJ), the head of the terrorists killing Shias, Sunni Barelvis and Ahmadis every day. Dr Shah has simply justified the Shia genocide. His message is: Shia beliefs are a big problem for the economy of Pakistan. Thus they should be banned. His entire article is one example of venomous canard (Read: http://www.dailytimes.com.pk/print.asp?page=2013%5C11%5C23%5Cstory_23-11-2013_pg3_3)

But if you watch this TV report (Geo TV), you will find out that the month of Moharram is indeed an economic boon for Pakistan:

Effect of Muharram on Economy of Pakistan from Progressive Activists on Vimeo.

Previously other “liberal voices” eg Saleem Ali, Tarek Fatah and some budding bloggers eg Ali Chishti, Mohsin Hijazi etc have shown similar phobia against Shias, Sunni Barelvis or other communities. This unique brand of Pakistani liberals can go to any extent condemning violence against non-Muslims of Pakistan, but when it comes to violence against fellow Muslims of minority or persecuted communities, they either obfuscate it or justify it.

It is hoped that someone more informed and educated than this writer can shed better light on this issue. Perhaps deep down, they are what they were before becoming liberal: Takfiri Deobandis. 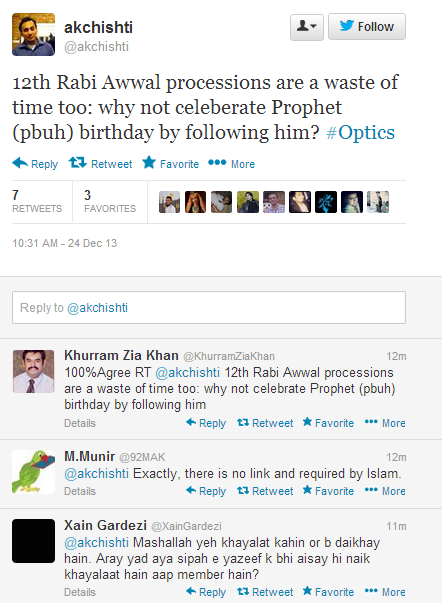 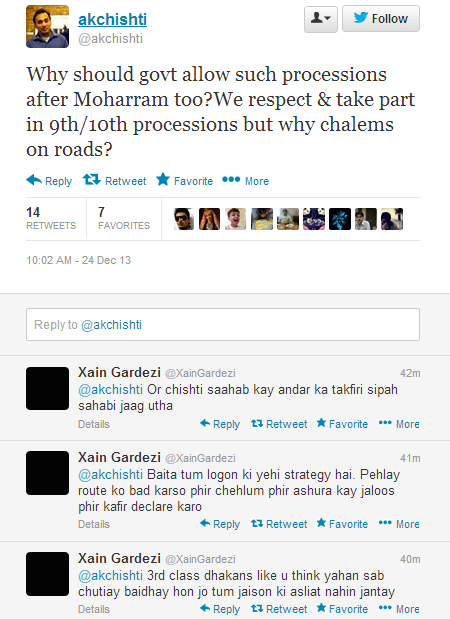 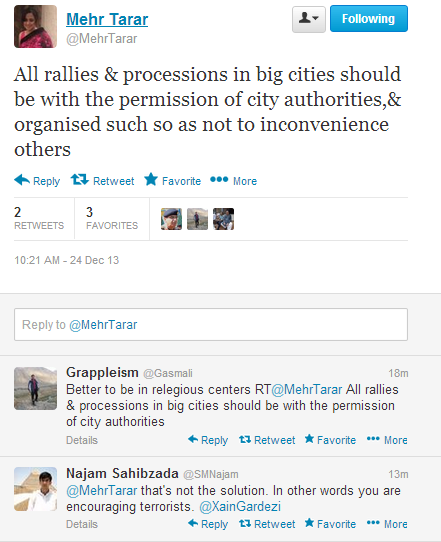 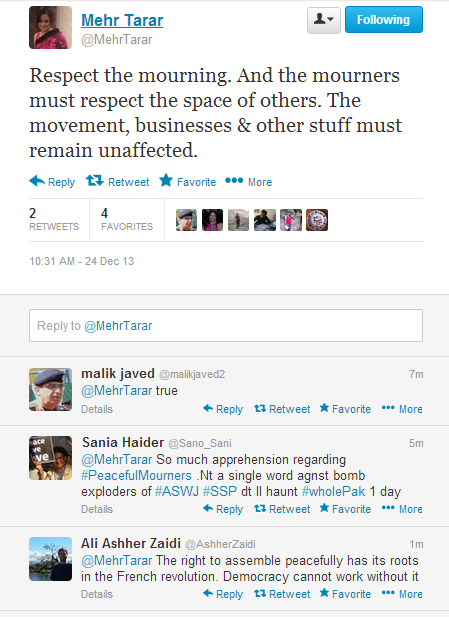 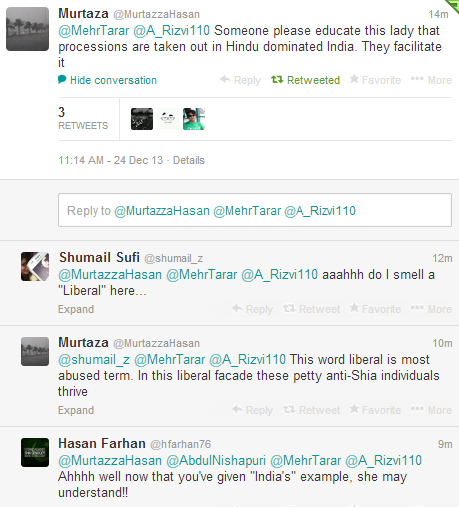 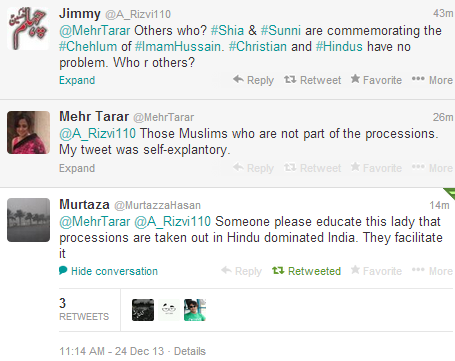 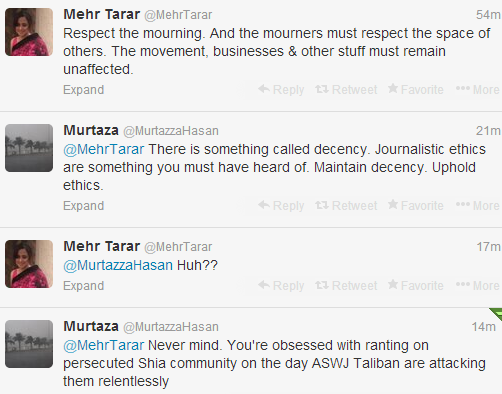