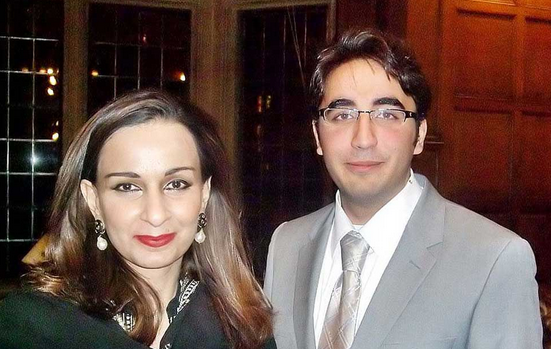 Today, many PPP well-wishers can’t distinguish between tweets of a PPP leader and fake civil society activists. That’s what happens when one is tutored by fake liberals, with known history of links with the military establishment or right-wing Islamist parties.

Today, the PPP leader tells us that the party will never surrender to Taliban. He doesn’t care to explain why in the parliament, the same party (PPP) formally endorses dialogue with the Taliban (TTP) terrorists. Just as all other parties do (eg PTI, PML-N, JI, ANP etc) except the Sunni Ittehad Council (Sunni Barelvi) and Majlis-e-Wadat-e-Muslimeen (Shias).

He continues to ignore critical voices within the PPP and is seen giving legitimacy and credibility to known Bhutto-phobe and PPP-phobes on Twitter, including certain liberals who are deft at flattering PPP and PMLN leaders at the same time.

It is a fact that flatterers and opportunists of the urban elites and middle class wannabes have caused irreparable damage to the PPP.

Not long ago, it was Sherry Rehman who was behind this campaign against “armed goons” of PPP Lyari: https://lubpak.com/archives/28084

Here’s a link to Najam Sethi’s articles written against PM Benazir Bhutto on behest of the ISI: https://lubpak.com/archives/40420

Has Sethi apologized to the nation?

Instead of hollow rhetoric and slogans, PPP needs to come clean. The party must apologize to Ahmadis (on anti-Ahmadi legislation), Shias (on inaction on genocide of tens of thousands of Shias), Sunni Barelvis (on failure to punish Deobandi terrorists who attack and masacre Sunnis at Sufi shrines), Balochs (murdered by the FC/ISI), Christians (who incessantly face the sword of infamous blasphemy law) and take substantive action to redress grievances.

Not a single seat in Balochistan, almost wiped out from Punjab and KP. Still PPP leaders are listening to flatterers and urban elites?

Last but not least, PPP leaders must attempt to reconnect with the Jiyalas who suffered for the party and who are now left adrift in the cold.

How many urban elite Jiyalas burnt themselves alive when Shaheed ZAB was judicially murdered by the then military dictator GeneralZia? It’s the same Jiyalas who later sacrificed their lives in hundreds with Shaheed Benazir Bhutto when Deobandi TTP-ASWJ terrorists attacked PPP’s rallies in Karachi and Rawalpindi.

Who challenges these urban elite enemies of the PPP when they write rubbish about Asif Zardari, Nusrat Bhutto, Zulfikar Ali Bhutto and Benazir Bhutto? Who challenges the Mosharraf Zaidis, the Najam Sethis, the Omar Wariches, the Ejaz Haiders and other numerous wannabes?

By uncritically interacting with such compromised souls, the PPP leader on Twitter is adding to the credibility of the PPP-phobes and by doing this is directly undermining the roots of his own party and his own Jiyalas.

Appendix: A sample of discourse and priorities on Twitter 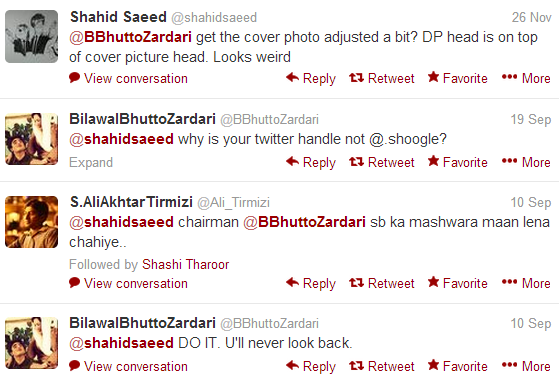 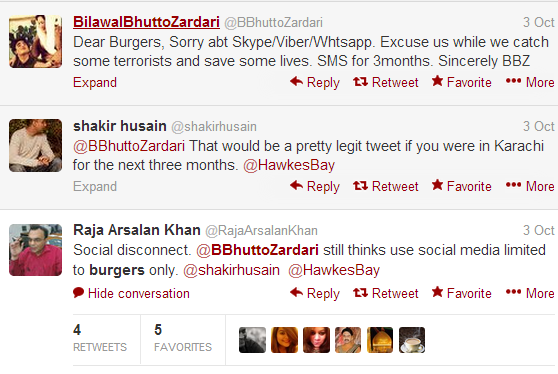 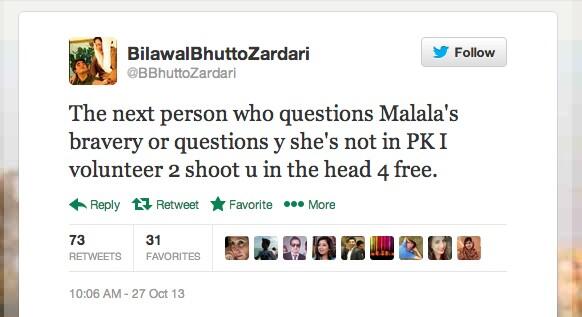 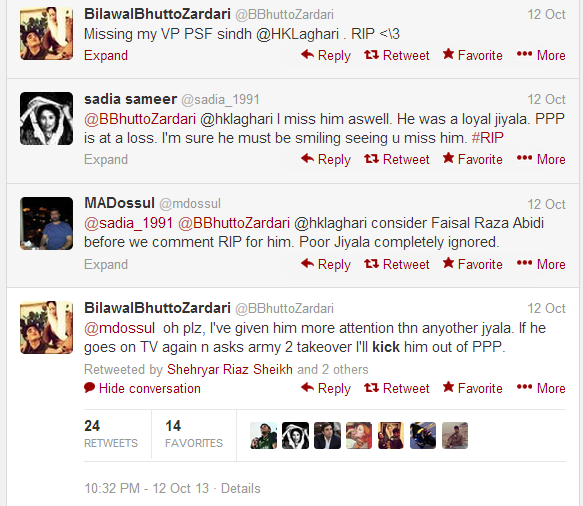 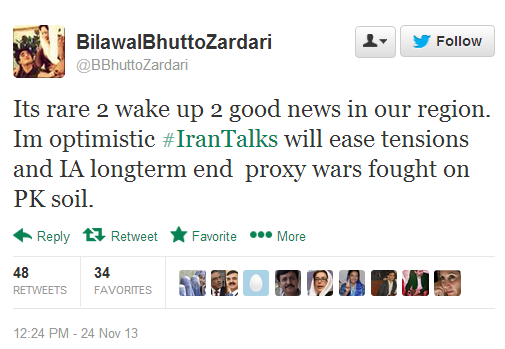 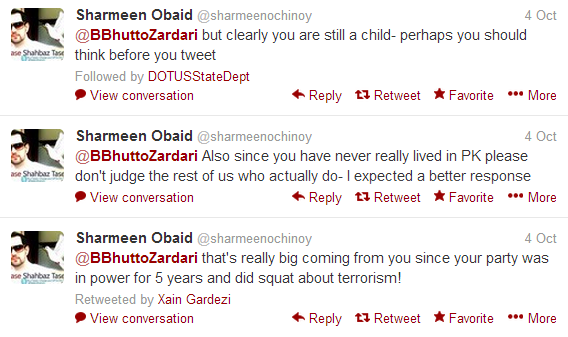 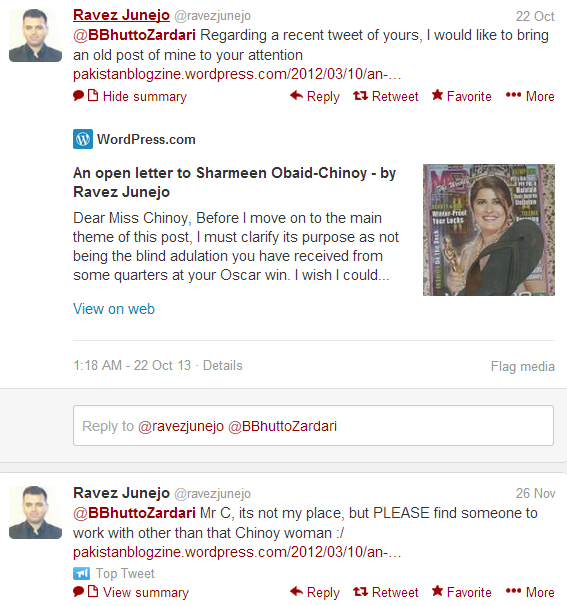