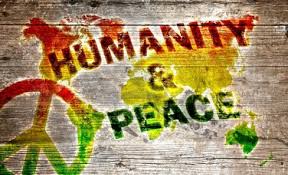 All human achievement is ephemeral in character; civilization after civilization has come and gone, mighty empires have been built and ravaged by time.

With all our twenty first century’s conceit about the exploits of modern science, we cannot be unmindful of the fact that our civilization is still exposed to wars of extermination. Thanks to the progress of modern science itself and the power it has given to man over the forces of nature, it is a real risk that someday man, in his rashness, may release forces that will destroy all he has built and achieved. In any event, there will come a day when the heat and light of the sun, that sustains life on earth, will be exhausted to announce the ‘heat-death’.

Hence, it is worth thinking, is then the definitive existence worth of all that the man on our planet has intended and accomplished? If the ultimate end is death and oblivion, what then is the value of the fever and strife of our earthly struggle and sufferings? Nietzsche echoes in my mind here, who thought it is practically impossible to assign any value to man’s life: “In former times people sought to show the feeling towards man’s greatness by pointing to his divine descent. This, however, has now become a forbidden path, for the ape stands at its entrance. What is to come will drag behind it that which has passed: why should any little star, or even any little species on that star, form an exception to the eternal drama?”

Regarded from the viewpoint of Man’s earthly career the only way to make the whole scheme appear significant is to think of another existence after man’s earthly life. When we assume that, everything with which he is connected becomes significant. Hence, most religions regard life after death as an essential element of their faith. The basic quality of all life lies in its capacity to impose an inner condition on the external concourse of nature and its ability to transform the non-living into living by a process of inward assimilation and applies equally to vegetable, animal, and human life. From a rational viewpoint death embodies the anti-thesis of birth as an end of the individual organism. In that sense death has the same meaning for any form of life. This leaves man with little hope to accept anything beyond the day of his death as our life could not be prolonged beyond the cessation of our biological organism.

However, man is a lot more than the fulfilment of biological functions. Man has been endowed with “a sense of wonder which gives a child his right of entry into the treasure house of mystery which is in the heart of his existence”, as explained Rabindranath Tagore. In all major scientific achievements and higher art we find an exhibition of that creative impulse which has no direct relevance to the preservation of physiological organism but which makes humans a higher form of life than any known. This creativity elevates life’s level, opening to it unlimited intellectual interests and inexhaustible possibilities. It leads thought to discovery.

Tagore explains in his famous essay ‘The religion of an Artist is that Truth, and no dogma, is the foundation to all religions.” Then he says: “As I have said before, it is not as ether waves that we receive light; the morning does not wait for some scientist for its introduction to us. In the same way we touch the infinite reality immediately within us only when we perceive the pure truth of love or goodness, not through the explanation of theologians, not through the erudite discussion of ethical doctrines.” Well before the advent of religion, man tried to express his creative genius and captured the moods of his inner life in the network of external symbols. He had a spiritual relationship with the outside world and tried to express infinite finitely as he could while he wondered at mystery of creation. All this experience means evolution in a direction other than the mere biological evolution. This has meant evolution in an individual of the spiritual and other exalted qualities which define humanity. To deny the spiritual element in man is to rob the whole evolution of its meaning.

The truth is that the individual alone is the bearer of the value and the ultimate function of a society is to create conditions under which the individuality of man can grow and develop. The philosophy that sacrifices the individual to the social-synthesis is, in my opinion, off the mark. While society and individual do interact, the main task of evolution is to nurture individuality to secure the development of human personality. Hence, evolution expects the modern man to be more aware of the finer possibilities of life contained in his unique power of consciousness and not just have greater mastery of nature equipping him with greater freedom of action. All knowledge is provisional and keeps tweaking or rectifying itself, the question is whether or not it leads to an all-round development of human personality. If greed, viciousness, and egotism claim the loyalty of a man then evolution has most likely failed on him.

So the value of a social organization or of collective existence consists in its capacity to foster the growth of individuality. Creation of a totally conscious and well-integrated personality is the ultimate goal. As the human history demonstrates, community came first and the individual with his rights is the product of a developed society. The evolution, in its highest manifestation, has been about the growing deliverance of the individual from the tyranny and drag of society. Any society where individual is entirely subordinated to the tyranny of social purposes is not of much value. If it is not the happiness of the individual, the enrichment of his awareness, the growth of his personality, then what is human society here for? Marxists have consistently failed to build a rational foundation for Marx’s dialectical argument that the individual was an unreal abstraction and the society a concrete synthesis of human valuations. It is true that the family, the community, the nation, and mankind, all represent higher formations for an individual to participate in. Therefore, no conscientious individual lives for himself alone as all his nobler impulses relate to supra-personal motives.

In fact no conception of reality is possible except the human conception. While man is a late arrival in the scheme of things, all values like honesty, beauty, goodness, truth cannot be understood without man’s conception of them. All our approach to the world of truth and virtue is essentially a human approach. Human condition is implied in all knowledge situations. Hence the fullness and power of life can only be felt in the life of an individual. As explained by Ali Ibn Abi Talib, real individuality swallows up the universal. It is the destiny of the man to realize this truth. Human history is an evidence of the outward exhibition of man’s ability to reflect the universal. The only way to discover truth is to make the power of thinking an inward movement and making the intellect co-extensive with life instead of merely catering to life’s practical interests. It is man’s destiny to rise above himself. In the words of Samuel Daniel:

Unless above himself he can

Exalt himself, how poor a thing is Man.