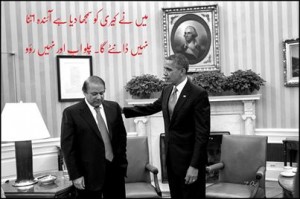 As per Good Liberals of Pakistan, the brave and Defiant and sacrificing Comrade Shareefa is “anti-establishment”. He stands with the oppressed Taliban, the Sipah Sahaba and with the Marxist Capitalist Traders and Jamaat Islami.