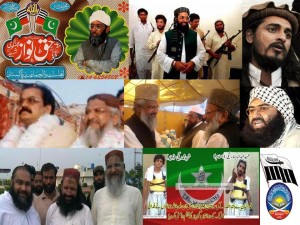 I am a Secular person, mean to say that I stay strong on my own beliefs, do not attack any one’s belief nor like vice versa.

He who killed (even) 1 innocent person, it is as if he killed the whole humanity”

“Oh people! There is life for your society if you implement Qasas (Kill those who killed innocent ones)
Sorry! Dear “Ulama”
I forgot to ask you some VERY important Qs:
Where is written in Quran to fight against an Islamic State (Syria) paid and weaponised by America and Israel and blast even its non combatant citizens?
And PLEASE show me:
Where is “Jehad ul Nikah” in Quran?????? where a lady sleeps with upto 10 “Mujahideen” which is reported by your OWN sponsoring media as BBC, CNN and the Tunisian newspapers who cry to stop it as a number of “Mujahidas” returned to Tunisia with Aids infections………..
Iqbal was right about these Takfiris

Ahsan Shah is a freelance columnist based in Birmingham
He can be contacted at
sdahsan@hotmail.com