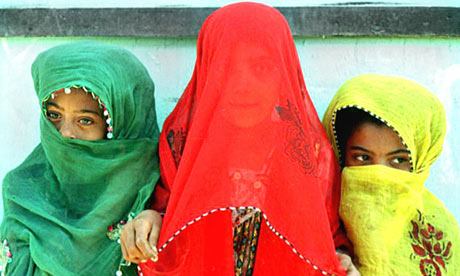 In 2013, we saw a glimmer of hope in the form of Malala and her bold stance on women’s right to education and on non-violence. This makes us all proud and truly, Malala stands out as a Global icon. Let’s hope that Pakistan embraces her and revels in her achievements instead of shunning another likely Noble Prize winner like it did with Professor Abdus Salam.

Similarly, we were disturbed to read the following news item regarding Iran. While Iran cannot be compared to Saudi Arabia neither can it be given a clean chit on its human rights record, especially its treatment of women.
Does the Iranian parliament have nothing better to do than pass such disturbing legislature?

In our humble opinion, in the 21st century, the girls in our society must be protected from such legislation. Religious jurisprudence can be misused. We have seen the results of it in Pakistan when ZAB capitulated to the pressure from Jamaat Islami and the PPP-NAP lead parliament declared the Ahmadis as Non-muslim. Then we had the zealous General Zia ul Haq who gleefully inserted a host of contentious laws based on dubious jurisprudence.

We can no longer hold women’s rights hostage to jurisprudence that has not basis in primary texts and is instead based on literature that was compiled centuries after the Prophet’s death. There is religious jurisprudence that can be misused to justify slavery. Does that mean we revive the abhorrent and grotesque tradition of slavery? Or misuse religious texts to justify it?

The marriage laws in Iran need a complete overhaul to both raise the marriage age of women to that of men and at the same time, do away with legislation that allows a foster father to marry his adopted daughter.

There are significant contradictions in terms of religious jurisprudence within muslim communities. Not only do different sects subscribe to different views, even within sects and sub-sects, there are significant differences. The best example is the report compiled by Justices Munir and Justice Rustam Kiyani which showed the futility of defining even a basic common understanding of jurisprudence between various muslim sects.

Iran needs to appreciate the 1948 Resolution on Human Rights. Women in Iran are far better educated and empowered than they are in neighbouring muslim countries. There is no need to take a step back with such useless and disturbing legislation.