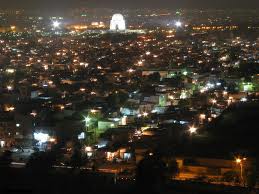 My first memory of Karachi is a view from the air as our plane bringing us from Delhi, where my father, as a civil servant, circled the Star Gate airport and came in for a landing, just prior to the partition. I was about 5 years old and was fascinated by the small cars and other vehicles on the road that I saw from the airplane window and thought to myself that this must be a great place to play where one can have all these toy cars which actually move by themselves.