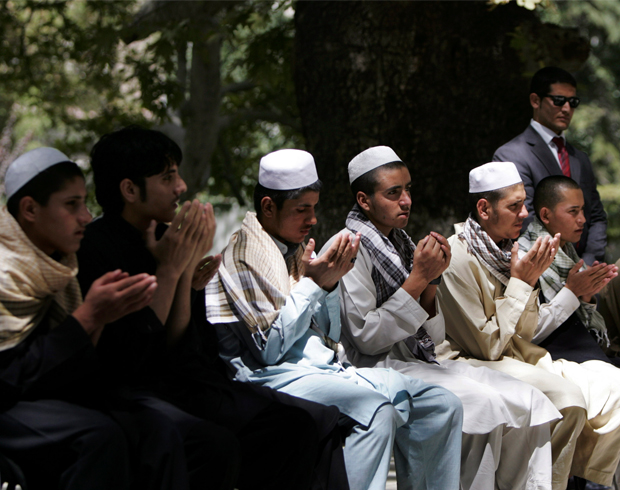 EDITOR’S NOTE: That militants would resort to unscrupulous methods to recruit teens for suicide bombing is nothing new. But emerging stories about sexual abuse are raising eyebrows. Central Asia Online is taking a look at the concerns raised by such abuse. Today’s story focuses on the Afghan intelligence agency’s reports of the Taliban militants sexually abusing young boys at their training camps

Taliban molestation of boys, once rarely discussed in Afghanistan and Pakistan, is now becoming a more common topic of conversation.

Nematullah, a former would-be suicide bomber, told Afghanistan’s National Directorate of Security (NDS) that young men, including himself, endured sexual abuse by their trainers, according to a September 23 NDS statement.

Militant leader Mullah Ahmad (aka Mullah Akhtar), who trained the young man to carry out a suicide attack on his motorcycle in Adraskan District of Herat Province in September, also sexually abused him, Nematullah said.

Police foiled Nematullah’s attempted attack and informed NDS officials about his plot and the sexual victimisation of boys by the Taliban. Mullahs Nasim and Akhtar drugged several bombers-in-training to the point where they passed out, and repeatedly abused them while they were unconscious, Nematullah said.

Doctors and activists in Pakistan and Afghanistan have medically confirmed that such abuse occurs.

“We have examined at least five teenage boys … who were sexually abused by the Taliban in South Waziristan,” Dr. Muhammad Hashim at the Khalifa Gul Nawaz Teaching Hospital in Bannu District, told Central Asia Online.

The boys escaped from Taliban captivity and told authorities that militants molested them, Hashim said. Mustafa Gul, a teacher at the Forensic Science Department of Khyber Medical College Peshawar, also has worked with young men abused by the Taliban.

“We’ve had … 27 sexual assault cases involving boys since January 1,” Gul told Central Asia Online. “Five Taliban were involved,” he said, though he provided no information about whether the militants will face sex abuse charges if they are caught.

The militants often kidnap impoverished boys who are susceptible to being preyed upon, Khalid Khan, a special branch police officer, told Central Asia Online, noting that several boys who escaped Taliban training centres in the Federally Administered Tribal Areas (FATA) told investigators that they were abused and that their parents could not do anything.

Taliban militants are not the only one who abuse boys, though. Some clerics have been caught red-handed abusing their pupils in mosques, Khan said.

“In a Peshawar-based mosque, we registered a case against a local prayer leader for indulging in sex act with a boy [who was at the mosque for guidance in memorising the Koran],” he said.

Religious scholars and children’s-rights activists issued strong condemnations of such crimes after the NDS released information about Nematullah’s case.

“It defames Islam,” Arshad Haroon, a Khyber Pakhtunkhwa regional leader of the Strengthening Participatory Organisation, told Central Asia Online. “No Muslim can justify subjecting kids to sexual abuse. It is a heinous crime.”

“It’s by no means a human act. … Drugging and forcing them into such acts are condemnable by all social norms and human values,” Haroon said.

“Now the people of Afghanistan can see the real face of the militants,” University of Kabul student and social activist Ziauddin said.

“Why don’t these militant trainers and leaders put on a suicide vest and blow themselves up?”