No Muslim can do it – by Bahadar Ali Khan 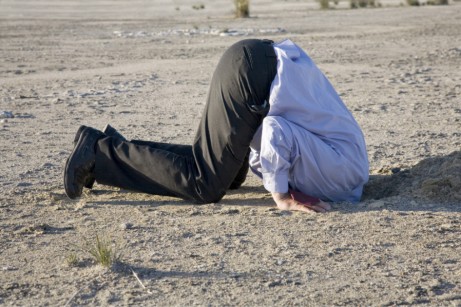 Hats off to Taliban-lovers forum and their spin doctors, their twist or mantra is again successful. No matter how big the tragedy is or how many people are killed, the ‘nation’ settles down with one of these:

1: No Muslim can kill any other Muslim
2: Raw, Mossad and CIA are behind it.
3: It is a reaction to the drone attacks
4: It is a conspiracy against Islam and Pakistan.

Now among the above, point #1 and #3 are contradictory but even then people not only accept it but believe it. No nation is so paranoid then Pakistanis are. We have our heads in sand. We have become deaf and dumb. The people who were supposed to be in the jail, are actually screwing with the heads of youth on national TV every night Punjab University has become abode of Al-Qaeda terrorists. Jihad has been franchised. Number of soldiers killed by the extremists is more than the collective tally of three war against India. Urdu media of Pakistan has become hostage in the hands of Taliban apologists. Public has been fed with so many conspiracy theories that they have become cynic.

Time to make a call. You want to hand over so-called Atomic Pakistan in the hands of extremist, do it. Ground work has already been done, people wouldn’t have much issue with the Talibani Shariah. Every lunatic who recites few Quarnic verses can do whatever he wishes. Point is, if we have decided to make Pakistan a theocracy, just do it. At least the hell of so-called ‘ism’ would be over. Grow Jinnah’s beard on currency bills or cast him aside, publish Mulla Umar’s picture there.

Tailpiece: No Muslim can do it, meaning by killing another Muslim remind me the only ‘saint’ emperor Aurangzeb Alamgir was not a Muslim then, as he killed his three real brothers, Dara, Shujah and Murad during the war for throne.