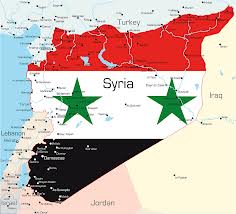 The reason Obama is waiting for Congress to consider the military strike is to appear to exhaust all avenues to legitimize the war on Syria.This begs the question as to why does approval matter to the US, after all it propagated the slogan “with you or without you”?
After 9/11 Bush’s regime had a perceivably strong case to align it’s foreign policy with its strategic goals, responding to Afghanistan &amp;  then going to the extent of using forged papers of WMDs to attack Iraq .
The expose of the false pretences used as an urgent need to attack Iraq,coupled with the whistleblowing mania of Wikileaks; giving access to the public of confidential diplomatic cables and additionally of Manning &amp; Snowden has created mistrust &amp; disdain amongst the general public questioning US intentions for war. The world is no longer ready to believe the spiel that USA is acting out of genuine regard for human life- the glaring beast being acquiesce over Israel using chemical weapons such as White Phosphorus in Gaza and Lebanon.The reliance on a file photo of Iraqi children used by “reliable” international media has only worsened the case for Syrian military intervention. The hype of injustice that the US government wanted to use to leverage favour has faded fast with Britain key ally withdrawing support after an overwhelming majority in the House of Commons voted against joint military strikes.
Americans were envisioning an end to war, with Obama having promised to pull out troops from Afghanistan by February 2014, he didn’t however promise not to start another one. Even Kerry acknowledged that Americans were ‘weary’ of war.That is what has most likely led to “No Troops on Ground”- as similar intervention was seen in Cairo. The aftermath of Egypt- the Muslim Brotherhood  rising to power threatening bilateral relations with Israel was not a desired outcome for the US.
What is to be the aftermath of Syria if Assad does fall? Jabhat al Nusra the predominant rebels (linked to Al-Qaeda)  with unlimited financial resources and a constant supply of weapons will not repeat the mistake of Egypt and let the FSA come into power.
Al Qaeda leader Ayman al-Zawahiri openly voiced his support for the Jihads and urged them to take all necessary means to establish an “Islamic State”.These very same chemical weapons that “are being” used by Assad, as the West states but cannot prove seems to be indifferent to the consequences of it being possesed by a wing of Al-Qaeda.The war on Syria is with all purposes to dismantle the belt of support for Iran created by Syria and Hezbollah in Lebanon.Israel is not the only party with it’s vested interests in seeing a weak Iran; Saudi Arabia reaps great benefits from this too.