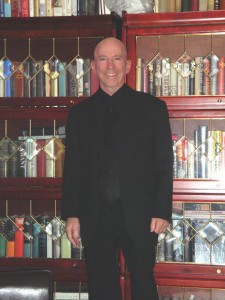 After months of posturing and indecision, President Obama appears to be forced to act by his own pronounced “red line.” ‘President Obama’s narrative heats up against Syria and its alleged use of chemical weapons: “The goal here is to make clear that this is unacceptable.” Citing “senior administration officials,” the Washington Post reports that the president is considering “a military strike… of limited scope and duration.” A former US Navy officer Christopher Harmer warns: ”A limited strike is worse than nothing at this point.” While the world is in agreement denouncing the use of chemical weapons, the results of teaching a lesson to Syria, holds unintended consequences.

My military background, taught me that the military should be used to defend a country, and protect allies and alliances. The military should only be used when the mission is complete victory (WWII), or containment (Korea). The military should never be used for “teaching [someone] a lesson.” The American military is trained to destroy the enemy; Obama’s assertion of “teaching Bashar al-Assad lesson,” by a “limited strikes” of taking out three of the six air fields of Assad’s Air Force, suggested by General Dempsey, U.S. Commander of the Joint Chiefs of Staff, carries no guarantee of impeding further chemical weapon usage, or that the chemical weapons stored near populated areas that we would not risk striking, would or would not fall into Salafist fighter’s hands.

In a 2007 in an Obama interview with Charlie Savage, of the New York Times, Obama opposed what he now proposes:
Savage: “In what circumstances, if any, would the president have constitutional authority to bomb Iran without seeking a use-of-force authorization from Congress?”
Obama’s response: “The President does not have power under the Constitution to unilaterally authorize a military attack in a situation that does not involve stopping an actual or imminent threat to the nation. As Commander-in-Chief, the President does have a duty to protect and defend the United States. In instances of self-defense, the President would be within his constitutional authority to act before advising Congress or seeking its consent. “

While the latest new Reuters’ poll and Pew poll alike, show U.S. support opposes intervention in Syria, this is often ingored, when the War Powers Act is implemented by a president, and is not challenged by congress. This Act was used to invade Iraq, once condemned by Vice President Biden against Bush as an impeachable offense, now is the justification for Obama’s right to attack. Shall it be used now for attacking every perceived “moral” breach that a president refers to as, “Unacceptable international standards?” In particular, Obama’s target will be one embroiled in a civil war, where some members of congress conclude Syria is not an imminent threat to U.S., some in congress conclude that it is. This pre-planning is also in the context of inconclusive evidence, as to who released chemical gases: Assad, or Al Qaeda fighting with the rebels, in order to bring in the U.S..

Within the history of the U.S. inconsistencies, precedence has been set where chemical warfare were used and the U.S. did not intervene -Iraq/Iran 1980s war; and Saddam’s gassing of Kurds; Indeed, Human Rights violations in Rwanda and Darfur, we ignored, and we deal with Saudi Arabia, who fund terrorists, and oppress women. If there is no apparent consistent American foreign policy it appears to fall on the elected president in office that results in this phenomenon, and the changing momentum of public opinion. Policy may be due to America’s self-interest driving it, whereby fluid, and flexibility is necessary.

Obama declaring that “there will be no boots on the ground,” and this will not be a “long-term engagement” ignores recent history he himself has condemned. No one can launch missiles on another country and credibly reassure us and the world that there will not be a counterattack, or an expanded war, or a lengthy war. Iran pronounced: “We want to strongly warn against any military attack in Syria. There will definitely be perilous consequences for the region. These complications and consequences will not be restricted to Syria. It will engulf the whole region.” Given Bashar Hafez al-Assad’s proven heartlessness, releasing more chemical weapons may be his answer, as then he would have nothing to lose. Another reaction to an attack on Syria might provide opportunists such as Iran a motive for bombing Israel for a lesson. Such an attack could be the start of another world war- one where many nations have nuclear capability- and there is always the possibility in a larger theater of war, or that terrorists acquire these ominous weapons.

The president perhaps needs a rule of thumb, some common-sense military generalities that could be learned from past U.S. quagmires: Rule one: No American president can credibly declare that “no boots will be on the ground,” as, we do not control other nations’ responses to our acts of aggression; Declaring “no boots on the ground,” is what John F. Kennedy implied when “non-combatant advisors” were sent into Vietnam. No one knows outcomes when there is another side to the conflict that we do not control. Rule 2: unintended consequences occur when hasty decisions are made with the pretext of a “limited” strike.” And, when all scenarios are not explored with the top military strategists, which include exit strategies not planned, due to reckless overconfidence that impedes judgment, that an expanded war could occur; Rule 3: The potential of a wider war is more foreseeable, given the same promises from presidents from Vietnam to Iraq/Afghanistan; threats from Iran and Russia, and the current perception that America is weary of protracted wars, against a Syrian strike, and that Obama is a weak and unproven leader in military operations.

Throughout history the United States has been using a global “pick and choose” version of moral authority actions or inaction around the world, so it is disingenuous to suppose we have a moral superiority and authority to impose on other nations at will. We are a great country, often with the right intentions, but we must be mindful of the grim lessons within our own history.

While America should not return to isolationism of pre-WWI and WWII, it should protect its mainland, and strategic positions in the world, as do other nations. But, engaging the U.S. military in Syria in the absence of a direct threat to the United States becomes questionable, coming off the fiasco of invading Iraq.

Obama’s narrative keeps changing, now in Sweden, he stated,
“It’s not my red line, it’s the world’s red line.” While he has taken it to the Congress, he also suggests through Kerry that if the vote doesn’t go his way, he has the right to intervene on his own, using the War Powers Act, leaving congress to scratch their heads as to why the congressional hearings are taking place in the first place.
The United States cannot constitutionally argue that America has a right to police the entire world, but, the rhetoric still centers around the U.S. obligation to act, when no one else does, when any use of chemical weapons has been universally condemned by the international community since WWI.