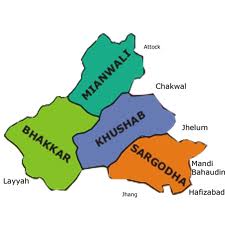 ‪#‎ShiaGenocide‬: Friends have been asking what exactly happened in ‪#‎Bhakkar‬that has been referred as ‘2 girohon ka tasadum’ by our supposedly independent media>

Here it is: It started in Kotla Jam (district Bhakkar) on 23rd August when an illegal rally of the banned ‪#‎ASS‬ (Sipah-e-Sahaba) taken out from Darya Khan reached Husaini Chowk in Kotla Jam shouting slogans of ‘Shia Kafir’ and attacked an imambargah and some shops owned by Shia Muslims. Two Shias were martyred immediately and many were injured.

This was followed by wanton firing by #ASS in Bhakkar city, including attack on an ambulance coming from Kotla Jam and on the DHQ hospital.

As an atmosphere of fear was spread in the area, there were attacks on Shia-owned shops in Darya Khan, as a result of which another two Shias immediately embraced martyrdom.

Similar incidents also took place in Panjgrain, another town in the area.

Since law enforcing agencies were missing from the scene the Shias defended themselves against further ASS attacks, as a result of which some terrorists also perished. At this stage, as if on some cue, the media dubbed the ASS attacks as ‘do girohon ka tasadum’ and the authorities clamped curfew in the towns and called in the rangers.

No action has been taken against ASS for the illegal rally, slogans or attacks. In fact, the District Police chief (DPO) attended funeral prayers of the ASS terrorists. In the midnight of 24th/25th August police has registered an FIR against local leadership of Majlis-e-Wahdat-e-Muslimeen (MWM) for attacking the peaceful rally of ASS, and arrested over 100 Shias in midnight raids on their houses.

I leave it to the readers’ common sense to decide if the ‪#‎MWM‬ that could lead peaceful sit-ins around the country earlier in the face of much worse provocation (genocide of hundreds of Shias) would have needed to resort to attack the terrorists’ rally as the administration of Shobaz and Sana is alleging.