Home  »  Featured • Original Articles   »   Why I am Anxious About Chilas. 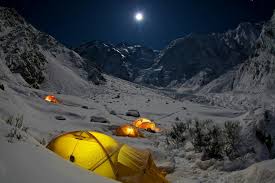 The literacy rate in Diamer district is 10 per cent and of females never above 0.02 per cent.

Chilas is approximately 130 km from Gilgit and is  the headquarters of the Diamer District.

I came across the print and social media I saw some people write about diamer and said “why I hate Chilas”.some people write “we shall cherish Chilas” and some write love Chilas somehow the whole Gilgit-Baltistan is my region and it is my moral duty to shed light over my region especially Diamer and present its  power points and weak points to cherish the region. All the concerned people expressed their views and I think they are right about some extent but one thing is proven that we are anxious about Chilas.Why we are  anxious about Chilas? Because something is going wrong .I will describe some facts that lead the current worst situation in Diamer.

Sheen and Yashkun prevails  more or less in whole Gilgit-Baltistan but it is at the peak in Chilas,Diamer and  claims dozens of lives . I clearly remember an incident when passenger buses crossing over the Gohar Abad Chilas in the morning. I saw the road was blocked by people and were shelling stones over other party which was lesser in numbers, my bus has been stopped near a police station ,I conceal my ID card and leave  the bus while fearing to be killed ,I was quit assured that it is a sectarian clash, somehow I decided I would ask from an old man possessing a Gun and  was lagging the rally a little bit but he not bothered to just listen me, it was quit risky because the whole rally were equipped with weapons and shelling stones but I came to know from a spectator that the clash is between SHEEN and YASHKUN.First I took a deep breath and saw the whole scene ,the two parties were shelling stones toward each other, I saw the a man with beard open fire on the other party and injured two people but I noted their clapping after it. And women’s crying presents the resurrection scene. The injured people were in serious condition. God knows better what happened with them.

Situation is worst   especially in Tangir/Darel followed by Chilas   where Gun is a good companion of locals in their day and nights, people do not dare  to go into  streets in dark and usually they  carry a pistol or a revolver on day time as well. They have culture of revenge.  There are many reasons to start the blood feud among the people being land, water rights but Women stands the centre point of blood enmity. The highest murder rate is in Tangir/Darel, with Chilas having the sec­ond highest. The population of  Chilas is approximately 60,000 which includes  a number of valleys, such as Gohar Abad, Thagi, Gichi, Thor, Hodur, Thalpan, Gesh, and  some others. But by an authentic source, the murder rate of this area is 20 to 25 people per year.

Historically the diverse communities of Gilgit-Baltistan  have lived to gather  in  relative harmony. Ethnic  and  tribal identities  and  social  ties  developed  over centuries  were  valued more than sectarian affiliations and Diamer was second to none in their hospitality with all their mentioned weak points but in 80s the Gen Zia ul Haq injected sectarian  Poison in Gilgit-Baltistan especially in Diamer where all the elements combined to produce an invasion against Shia community in Gilgit which claims hundreds of lives and Damage huge infrastructure. This was the incident which drag the region towards the sectarianism .Later the list goes long and long as on February 28, 2012,eighteen Shia pilgrims were openly killed on the Karakoram Highway in Kohistan district while returning from  Rawalpindi  another attack killed twenty people at Chilas on April  and terrorists again targeted Shia but also four Sunni who protested this brutal act ,killed twenty-two near  Babusar  Pass on August 16.After three major attacks the Government failed to hang the culprits. The brutality and impunity with which these crimes were committed have triggered wider sectarian tensions and hardened attitudes in Gilgit-Baltistan. The situation is tense,especially in Diamer.Diamer is now literally  “no-go” areas for   Govt. As a result on June 22, 2013, about 16 militants, reportedly dressed in GB scouts killed 10 climbers and one guide. The incident has cornered the Pakistan internationally and made a worse image about Pakistan. The security agencies were quite active after incident but local Jirga helped terrorists to escape from Region. The Team which was investigating that case has been gunned down in Chilas including SSP a Colonel and a Captain.

Some people defend the terrorists are not locals but local religious elements have played a pivotal role in establishing this linkage. The local volunteers go for training in Meran shah and Waziristan to help the Taliban jihad in GB otherwise operations in far-flung areas are not possible without the logistical support of sectarian elements within such societies. And the Mastermind of Nanga Parbat has been identified as named Majeed is local not outsiders .Gilgit-Baltistan is our home land we know about it ,about its nature and  also know what is the solution.

Let’s  cherish the Chilas in a new way to make a civilized society , a society where a pen would be their symbol  instead of gun.