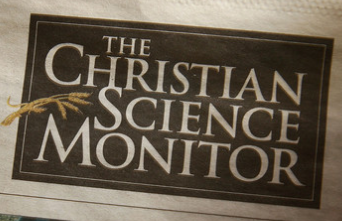 Twin bombings June 30, killed 28 people, primarily Shiites, in Pakistan’s city of Quetta. More than 300 Shiite muslims have been killed in a string of major attacks in Pakistan since the start of 2013. Despite country-wide protests among Shiites and supporters since the start of the year, the state has yet to carry out a crackdown against militant groups. On 26 July, more than 75 Shia Muslims were killed in Parachinar by twin suicide attacks by Deobandi militants. This brings the total Shia death toll this year to about 400.

Sipah-e-Sahaba Pakistan (SSP) and Lashkar-e-Jhangvi (LeJ), both Sunni Deobandi militant groups, have taken responsibility for the bulk of attacks against Shiite Muslims in Pakistan. Both of the groups are adherents of the Deobandi school of Islam, a semi-Wahhabi cult known for its hardline stance against many common and popular religious practices carried out on the Indian subcontinent.

SSP was established in the early 1980s under the reign and patronage of the second military dictator in Pakistan, Zia ul-Haq. LeJ ostensibly broke off from SSP in 1996 after its founder, Riaz Basra, had differences with his seniors. SSP and LeJ are currently openly opeating as Ahle Sunnat Wal Jamaat (ASWJ), a Deobandi sectarian party led by Maulana Ahmed Ludhianvi Deobandi and Malik Ishaq Deobandi.

2. Why are they targeting Shiites?

At face value, Deobandi extremist groups target Shiites because of a historic conflict between the Sunni and Shia branches of Islam. Theological disagreements between Shiite and Sunni Muslims date back to 680 A.D., when the former refused to acknowledge the legitimacy of the new caliphate, or leadership. The refusal and the subsequent response from pro-Caliphate Sunnis sparked a historic battle – the Battle of Karbala – where the grandson of the prophet Muhammad, Husayn, was killed. Shiites mourn the martyrdom of Husayn to this day.

However, it is a fact that Deobandi militant groups in Pakistan have also killed thousands of modeate Sunnis including Sunni Sufis (Barelvis), Ahmadis and Christians. Some analysts and activists in Pakistan surmise that Saudi Arabia and Iran are carrying out a proxy war on Pakistani soil by providing financial and other support to militants from both camps. However, this is a false neutral narrative because there is evidence of little to no indiscriminate violence from Shias of Pakistan against Sunni Muslims or the State.

3. How many Shiites have been killed in the last decade?

In 2012 almost 400 Pakistanis lost their lives in sectarian violence, and the bulk of them were Shiite Muslims, according to the Center for Research and Security Studies. Six months into 2013, the Shiite community has already lost more than 300 members in four major attacks – three in Quetta, the provincial capital of Pakistan’s largest province Balochistan, and one in Karachi, the country’s commercial metropolis. According to Shia sources, more than 22,000 Shia Muslims have been target killed by Deobandi militants in the last few decades.

In Balochistan province, the majority of the Shiites killed are members of the minority Hazara population, which is situated mostly in Quetta’s Hazara Town and Mehr Abad. The persian-speaking and mostly Shiite Hazaras are known for their distinct Mongolian features, making them easy to pick out in a crowd. More than 1,000 Shia Hazaras have been killed in targeted attacks in the past 10 years in Balochistan. Hundreds of non-Hazara Shias too have been killed in the same province.

In other parts of Pakistan, thousands of Shia Muslims have been killed from Southern city of Karachi to Northrern areas of Gilgit Baltistan and Parachinar in the last one decade.

4. What has the government done?

Not much. The last government, the Pakistan People’s Party (PPP) was heavily criticized for it’s lack of action. Then, on May 11, 2013, Pakistan elected a new government to power, led by the center-right Pakistan Muslim League-Nawaz (PML-N). However, The PML-N has been running the provincial government in Punjab, Pakistan’s largest province and the birthplace of the militant groups who have claimed to be behind the bulk of the attacks, since the latest transition from military rule to democracy in 2008. And the continued presence of both militant groups has prompted critics to accuse the party of being incompetent or complicit.

Despite their public statements promising to get to the bottom of the killings, government officials seem reluctant to move beyond references to vague “intelligence failures,” and say little about how to get around those.

The outcry and protest against the killings came to a head earlier this year when the country’s most vulnerable Shiite minority, the Hazara population, staged a four-day, 24-hour sit-in, where they refused to bury the bodies of their loved ones. The refusal to bid farewell to those killed in the first attack was a powerful statement coming from an Islamic community as it goes against the Islamic injunction to bury the dead as soon as possible, so that those left behind can be at peace.

At first, many thought the sit-in successfully pushed the government into action. The federal government, led by the PPP at the time, dismissed the sitting provincial government of Balochistan – where the bulk of anti-Shiite attacks take place – for failing to maintain law and order. However, no real action was taken, said critics.

And when a second attack took place in February, it brought Shia Hazaras to the streets again, this time demanding immediate action. This time, the Punjab’s PML-N-led provincial government – which is now ruling Pakistan – carried out arrests of 152 militants from SSP and LeJ across Punjab. But by the end of March, 2013, the same government released the militants. The government explained that the they could not legally detain the prisoners for more than 90 days without putting them in front of the courts. Pakistani courts, on the other hand, have been notoriously incapable of seeing through successful prosecutions and punishments of militants behind the attacks – despite public statements sent out by both the SSP and the LeJ claiming responsibility.

Analysts say that the attacks at Shiite Muslims in Karachi, Peshawar, Rawalpindi etc shows that the militants threaten more than just Quetta. But a call for a government-led country-wide crackdown seemed to fall on deaf ears. The current attack has Shiite groups, again, demanding action.

The lack of action has caused some analysts to accuse the government (Pakistna army in particular) of incompetence, or complicity.

5. Is the state complicit?

Though there is no conclusive proof of state patronage, some analysts say that elements within the state are – at best – allowing the Jihadist sectarian militants to operate with impunity. Pakistan army is known for using Wahhabi and Deobandi militants for Jihadist operations in Afghanistan and Kashmir.

Quetta, the site of most attacks against the Shiite community, is known for the enormous presence of the paramilitary Frontier Corps. Though the Frontier Corps is officially separate from the Pakistani Army and intelligence services, other analysts say that Pakistan’s central security establishment calls the shots.

Their overwhelming presence has caused many to wonder why the Frontier Corps has failed to arrest perpetrators who carry out attacks – attacks that are sometimes recorded on video and by people whose faces are easily visible.

Pakistan’s Interior Minister Chaudhury Nisar Ali Khan has hinted at the critical role played by the Frontier Corps. “How can Quetta be the repeated victim of terrorist attacks with police, Frontier Corps, security, and intelligence agencies on every corner?” asked Mr. Khan in a speech following a deadly attack against a university bus and a medical complex in the same city.

The lack of action against the perpetrators reflects a policy of “good Taliban, bad Taliban,” says Arif Jamal, a US journalist and political analyst referring to Taliban who are dangerous only to outsiders, versus Taliban who pose a threat to the Pakistani state. Both Sipah-e-Sahaba Pakistan (SSP, currently operating as ASWJ) and Lashkar-e-Jhangvi (LeJ) do not target the military, government, or judicial sectors, and this makes them “good Taliban.” The corps has a strategic interest in maintaining ties with militant groups that keep away from attacks on the Pakistani state’s installations.

Mr. Jamal points to the 2009 attack against the Army’s general headquarters in Rawalpindi by the Tehreek-e-Taliban Pakistan (TTP) – a group considered to be “bad Taliban” because of their attacks against the state. In that instance, the government acted quickly: Gen. Pervaiz Kayani flew in the head of LeJ, Malik Ishaq, to negotiate a settlement with the TTP.