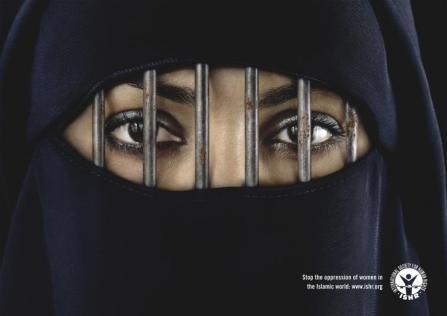 Editors note :The following article, originally published in Daily Times brings to light some of the blatant oppression done and encoded in text by the power hungry chauvinistic men. Apart from statistics, systemic violence is a much ignored phenomenon in our society, especially due to the stigma attached with ‘free women’. A free woman is capable of not only stopping oppression but questioning the status quo, which harms the power hungry men.

KARACHI: When a nineteenth century philosopher observed that it was impossible to bring about any social change without the ‘feminine upheaval’, he left a point for the readers to ponder on and extract great lessons for generations to come. To right the wrongs of a society, the most disturbed, victimised segment will have to spearhead the movement of ‘social justice’ and ‘equality’. The country we live in is an abode of violence and suppression against women; hence, to change the current deplorable situation, the oppressed gender has to ‘raise’ the flag of freedom high.

According to a research conducted by the Aurat Foundation, an NGO working for the advocacy of women’s rights, in 2011 some 8,539 cases were reported under ‘violence against women’ charges. With a sharp increase of 7 percent during January and June 2012 alone, 4,585 cases were registered. Not to mention here that if our society encouraged women to file the cases having been assaulted or attacked, the number of registered incidents would have soared to a frightening number.

We as a nation have failed to neutralise ‘male chauvinism’, something our society is awash with. There is more to talk and write about the menace our women have to survive through. It is not only physical violence that women become victim to, but a ‘deep-rooted’ mentality of the stronger sex too inflicts non-physical violence against women. It is more excruciating, but regrettably, never makes to the headlines.

One of the largest educational institutes of Pakistan, University of Karachi, has around 60 departments falling under 8 faculties. KU literally is a ‘city within a city’, an academy currently educating 25,000 students, out of which more than 60 percent are females. But shockingly, the number of female students ‘shrinks’ as soon as the 3rd year of any programme begins and the marriage season kicks off.The degrees are then awarded and very few of these ‘social-principle-breakers’ struggle to get employment.

The trend stems from the morals, principles and man-made limitations that do not want women to participate in the overall progress of the society. The ‘progress’ is hampered deliberately lest the woman becomes equal to man whose superiority is holy and has been promised by god.

“I know I am wasting my time studying here. It is of no use since my cruel parents for whom I am a burden will marry me as soon as I graduate to a man who will then follow the legacy and will enslave me the way my parents did,” said a female student of Karachi University, a victim of non-physical violence.

“At least I tried, although futilely, to access freedom by getting into a prestigious department of my varsity,” she adds woefully.

Regrettably, professionals as learnt and valuable as doctors are prone to this sick, detrimental mentality. A mother of a 2nd year MBBS student shared her views with the Daily Times, and said that now her daughter will get an impressive ‘rishta’ (marriage proposal) as families keep on searching for doctors to get their sons married to. Recently, this norm of getting a doctor ‘bahu’ (daughter-in-law) to make her work like a maid got its share of criticism on legion of social media sites moderated by Pakistani feminists.

An indeed favourable sign is the emergence of exemplary women who advocate women’s rights and freedom. One of them is Mahnaz Rahman, Resident Director Aurat Publication and Information Service Foundation, who till date struggles for the just cause. “Our society is bifurcated intoclasses and among these classes, the most oppressed is woman. The current circumstance has not come out of the blue; instead, it has historical happenings resulting in suppression of women,” says Rahman.

She said it was the conditioning of thousands of years that has lead to gender inequality to which ‘patriarchal’ structure was to be blamed. Talking of marriage as an institution, which supposedly paves way for women oppression, she asserted that before getting into the social contract, the would-be-spouses should visit counsellors and understand the requirements of a new life ahead. “In this way, the man will comprehend the position of her wife-to-be, and will reckon her equal. On the other hand, they will also get aware of the responsibilities that come with marriage.”

When asked if she still had hopes of seeing things changing for the woman, she said, “Our society is replete with contradictions. There is a girl who gets killed on the pretext of honour when she tries to elope with her lover, and then we have women like Sheema Kirmani, the legendary classical dancer and theatre-performer, who never fears going against the tides. I believe the conditions will certainly change.”

In the words of Rahman, freedom for a woman is ‘independence in making her own decisions, choosing her education, and her participation in politics and state-affairs’.

Syeda Elia, a resident clinical psychologist at the Institute of Clinical Psychology, told Daily Times the reasons behind violence against women. “Violence is nothing but a manifestation of power that the perpetrator likes to establish over the victim. Emotional or physical abuse never develops overnight; there are always telltale signs, a gradual buildup before it becomes evident. A slap here, a public insult there, are usually not addressed, which later turn into full-blown acts of violence,” she said.

A renowned historian of our times, Dr Mubarak Ali, has compiled the history of women oppression in his book ‘Tareekh aur Aurat’ (Woman and History) that introduces its readers to hundreds of years of indoctrination, producing male-dominated morality and violence that follows. Ali has cited several ideologues advocating women suppression: Imam Ghazali, Sir Syed Ahmed Khan, and Mowlvi Ashraf Ali Thanvi being few of them.

In his book ‘Ahiya Uloom-ud-Deen’, Ghazali writes, “Marrying for a woman means becoming enslaved; therefore, a wife should appear as a slave to her husband. It is incumbent upon her to remain confined to her husband’s house never leaving for the outside world neither is to be seen by any stranger who can get attracted to her. She is not to answer her husband at any cost and should get adorned only and solely for him.”

At a crucial juncture of sub-continent history when education was being debated as necessary, Syed Ahmed Khan categorically asserted that, “I don’t want you (women of the then Hindustan) to read anything apart from the revealed truth which your mothers have been reading for hundreds of years. The contemporary books penetrating our sacred traditions must be shunned from by you.” Dr Ali has done justice in tracing out the roots of the notion on women oppression’s notion.

We live in society, which has not extricated itself from physical violence against women, let alone the non-physical violence that hampers the progress of women by obfuscating, lying about, and confounding the idea of ‘gender equality’. To the misery of the victims, much is discussed neither in social circles nor in the media to put an end to this sheer injustice.

“Our society is bifurcated into classes and among these classes, the most oppressed is woman. The current circumstance has not come out of the blue; instead, it has historical happenings resulting in suppression of women”

“Violence is nothing but a manifestation of power that the perpetrator likes to establish over the victim. Emotional or physical abuse never develops overnight; a slap here, a public insult there, are usually not addressed, which later turn into full-blown acts of violence”