Stupidity and dishonesty of Aamir Liaqat, the fake PhD – by Mahpara Qalandar 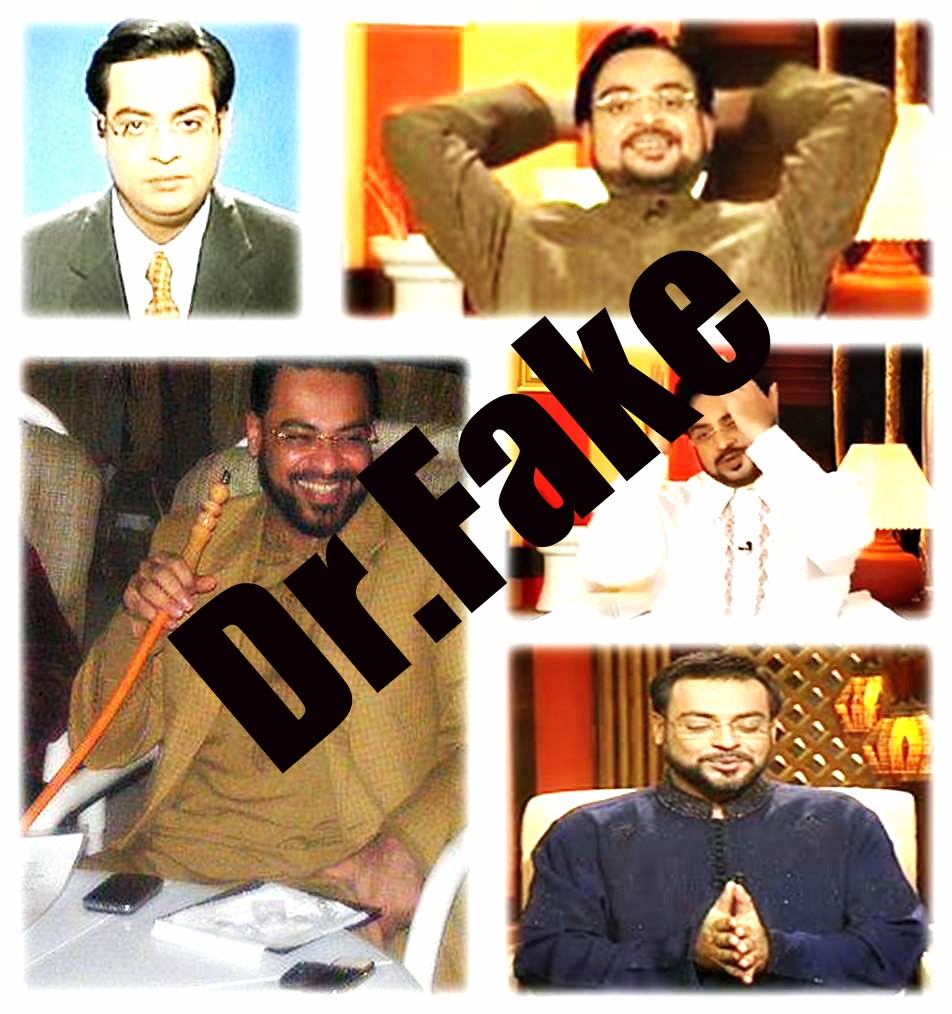 Geo TV’s top religious show boy Aamir Liaqat Hussain (Ramzaan Hi Dukaan fame) earned his BA, MA, and PhD from a fake Spanish university in record 18 months. Yes, all three of those qualifications. But despite fakery and illegality of his degrees, he was neither questioned nor shamed by anyone. This is what Pakistan is all about. This is why, LUBP has usually ignored this fake scholar with fake degrees who peddles himself as a televangelist too with a popular following. Which also shows the level of the people who tune in to him with immense zeal.

But what he did on his daily Ramzaan (“Ramadan”) show on the evening of 20 July was astounding. He narrated a hadith which says, “Beware the mischief of the person you have done favor too.” Yes, this is what “Dr” Aamir Liaqat said on his program. Now everyone who has an iota of Islamic knowledge knows that this is not a hadith, but a piece of advice given by Imam Ali (AS) to one of his disciples. Since it is politically correct these days to placate the Saudi Islamofascists by minimizing the status of Imam Ali (AS), “Dr” Liaqat in complete dishonesty did not name the source of the saying; the source being Imam Ali (AS). But he did more than that which proves that he is not only dishonest, he is utterly stupid too. He proved his stupidity when he explained the “hadith”. He said, “The meaning of the hadith is that one must not favor another person because if that person was any good, Allah would have done him a favor. Thus if you do favor to such a person, he will do mischief to you.”

Now the meaning of this saying of Imam Ali (AS) is very deep and vast, and it will take page after page to explain it because it has socio-psychological aspects and subtext. In a nutshell, the meaning of this saying is that one must forget and move on after having done favor to someone or else one will come to grief. But the fake Doctor of Geo TV would want people to stop doing any good to anyone. He wants people to believe that this “hadith” encourages apathy even cruelty in Muslims. “Dr” Liaqat’s fakery, dishonesty and stupidity know no bounds. Jazak Allah!

2 responses to “Stupidity and dishonesty of Aamir Liaqat, the fake PhD – by Mahpara Qalandar”