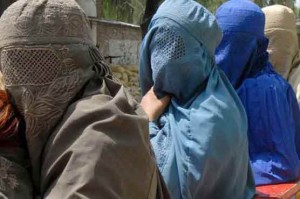 The above production has now hit the marketplace of Karak, a town in KPK, which is ruled by the PTI. Karak is the district headquarter of Karak District, whose population is almost entirely comprised of Khattak tribe. This news can be seen in the following article in the country’s arguably most respected newspaper.

According to this piece, a committee of local clerics (ulema) in Khyber Pakhtunkhwa’s Karak district banned the entry in markets of women who are not accompanied by a ‘mehram’ (a family member not eligible to marry the woman in question). We wait to see how the PTI’s government in the province reacts to the news. 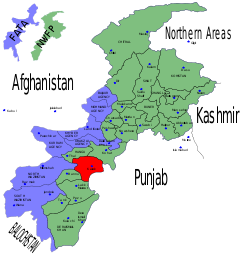 This is another manifestation of religiously contrived sexual discrimination through intensified gendering of a public space, thus calling our attention to something, which is a lot more important than a nonsensical decree from some insignificant Mullahs in a small town. Again it harks back to many Muslims’ tendency to draw a line in the sand in suggesting that the responsibility for prevention of perversion falls on the victims – women.

We all know that city streets and public space is the domain in which social values are asserted and contested. The definitions of spatial boundaries and of acceptable and non-acceptable uses and users are, at the same time, expressions of intolerance and difference within society. Here is another example of the ways in which suspicion, intolerance, and moral censure limit the spatial or social freedom of women in Pakistan. The two main strategies that are used in Pakistan to control the presence and conduct of women, in otherwise diverse and democratic places like streets and markets, have been tribal customs and religious conservatism.  Both these are employed to reduce women to a marginalised community in large swathes of our national territory.  The continuous struggle of Pakistan’s women for acceptance in public urban spaces should remain an issue of debate such that advocacy is given platform. 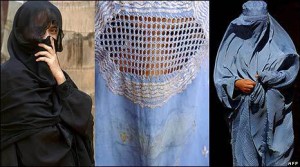 Unfortunately ours is a society where vice and virtue are centred on women, particularly on their bodies, which must be veiled and properly guarded. Also women’s movements and conduct is a traditional area of men’s authority in tribal societies. Hence the woman cannot be ‘immorally’ positioned in the man’s space. The levels of tolerance differ among various cultures and places in the country but the guiding principle remains the same as women continue to struggle to be recognised as equal users of urban public space and overcome patriarchal systems of interaction within such spaces. This is a debate that should continually be engaged in such that social practices are reframed and patriarchal assumptions of public space reconstructed for a more inclusive public space.

The unequal accessibility of public space according to gender further enhances religiosity in the society as women are then reduced to carving out religiosity as a social space. The religious groups as social communities seeking to enhance the knowledge of religion do not challenge the social and political order of the society and thus provide women with a social space that does nothing to reduce the general discrimination against them.

Why can’t we reach the sensible conclusion that deviants should be held accountable for their crimes instead of believing that the average Muslim man cannot control his urges, and therefore, all women have to shield the men from temptation by covering themselves from head to toe? Another question that is pertinent to ask is why there are so many rapists in this conservative country? Even children are not spared? Definitely religion does not play a role here. It is the people. The male dominated countries of the subcontinent and many other parts of Muslim world are exploiting the woman they are supposed to protect. The trouble is these countries talk about religion as if they are the most pious people on earth. They are the only chosen people on earth. They use religion to camouflage their animal instinct. Still like politics this animal called ‘man’ often uses religion as a tool to take advantage of women. How come this ‘specie’ cannot stand the sight of woman? Even animals do not rape, they mate when the female is on heat. So how come we have created societies where people think about little else other than sex. That is probably why our countries contribute nothing constructive in terms of technological development. Everything is about sex. 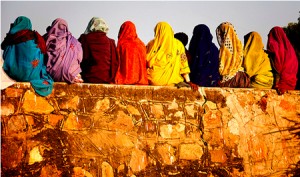 Punishing women because of the inability of men to control themselves is an outrage. Muslims should be up in arms about this kind of “teaching” as it demeans our religion. Mind you, I apply this same standard to the Christians who view rape as just another way for a woman to conceive. Christians and Muslims should unite against these outrageous people.

These double standards will not melt away so easily. Muslim men have enjoyed too much control over their women for far too long and will not cede in one generation. However the change has to start somewhere. If they are sincere they should begin by changing all legal norms and authoritative interpretations.