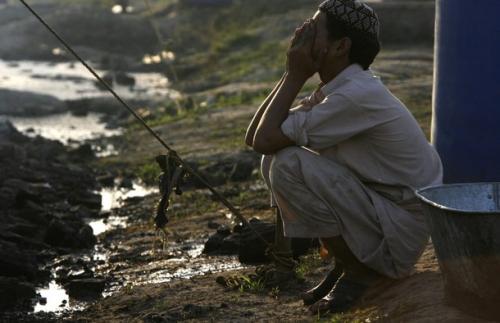 The level of manipulation is astonishing in Pakistan. Information and even knowledge is not based on plane facts or stated in a simple way. No scientific or logical explanation of events, things, actions or reaction is given. Most messages, statements and claims are exaggerated or distorted. Often some are absolutely wrong.

Truth and facts are lost in the fog of propaganda, spin and emotions. False claims, straight lies and conspiracy theories are common. From politicians, to the media, to military, to mullahs to ordinary people–most are hiding behind masks.

Instead of admitting their failures and mistakes there is a tendency to shift responsibility, point fingers and blame others. People like to complain but aren’t ready to carryout critical analysis of their own behavior, character and role in the society. Leaving everything to God is the dominant trend and people want everything without working hard and making genuine efforts to achieve their goals. Shortcut is considered the easiest way.

A vast majority of people don’t care how their actions can effect others. Everybody seems to be pushing, pulling and some even cut throats to secure a place in the Paradise. Islam emphasizes on collective well-being and serving humanity but in our society winning a place in heavens has become a highly individual project for which people violate others’ rights and act against the spirit of Islam.

In my opinion, we have turned into one of the most confused and messed up societies where dishonesty and hypocrisy prevail and ignorance roams. Yet, some of us claim that we are better than the rest of the world…! We are proud custodians of Islam without realizing that we are doing disservice to Islam by damaging its name, image and teachings. Sometimes I feel that our country is a messy madhouse without any psychiatric supervision.