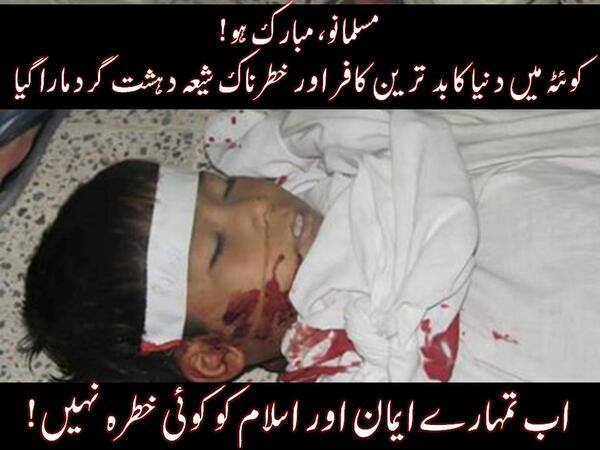 One teenage mourner crying over the killing of his father raised his head up towards the sky and cried: “Ya Allah, what crime did my father commit for which he had to die like this?”

Certainly, there cannot be any answer which can comfort the boy. On the other side of humanity-Islamofascism divide, a spokesman of the Lashkar-e-Jhangvi (LeJ) phoned a few media offices proudly claiming, “By Allah’s grace, we have dispatched more Shias to hell!”

The spokesman was referring to the suicide bombing near a Shia mosque in Quetta on 30 June which killed 30 Shias and injured scores of them; the majority of the injured in serious condition (Read the report: http://dawn.com/news/1022000/quetta-shuts-down-to-mourn-attack-as-blast-toll-rises-to-30).

Allah’s name exists on both sides of the good-and-bad binary which has destroyed the very fabric of the Pakistan society. On the one side are the Taliban and their various incarnations such as the LeJ. On the other side are the Shias, Hindus, Ahmadis, and Christians who have been apostatized by the Taliban for not subscribing to their literalist Manichaean version of Islam. No matter you are a Muslim or non-Muslim, or even a Pakistani or else. Only two weeks before, the Taliban killed 10 foreign mountaineers at the base camp of the Nanga Parbat and made a good escape. https://lubpak.com/archives/271141

The killing of the mountaineers was as usual “breaking news” on national channels followed by the routine condemnation from every person of substance. But in reality it was just another show of routine emotion. Pakistanis are shown this emotion every day because every day the Taliban strike with bloody precision and consequences.

The day following the killing of the mountaineers, the entire Pakistani nation was held in enthrall by the national and provincial/state parliaments where the fate of the “treasonous” General Musharraf was speculated by no less a person than the prime minister who only a month before won national elections on the promise of eradicating terrorism and ending long power outages. No resolution was passed against the Taliban’s crime against humanity. No one pointed out that the killing of the foreign mountaineers has indeed killed tourism in Pakistan. The present government led by Nawaz Sharif and supported by the country’s top anchors do not use the word “Taliban”; their expression of choice is “shidat pasand” which means one who likes to do violence. When the government itself is afraid to call a spade a spade and when the ‘bravest’ decision it takes is make a dialogue offer to Taliban on the basis of equality and brotherhood, it is evidence of the collapse of the state as a sovereign entity. The story of the relations of the state of Pakistan with the Taliban is one of incompetence, complicity, and fear. Pakistan is on the verge of becoming a stateless, lawless society. 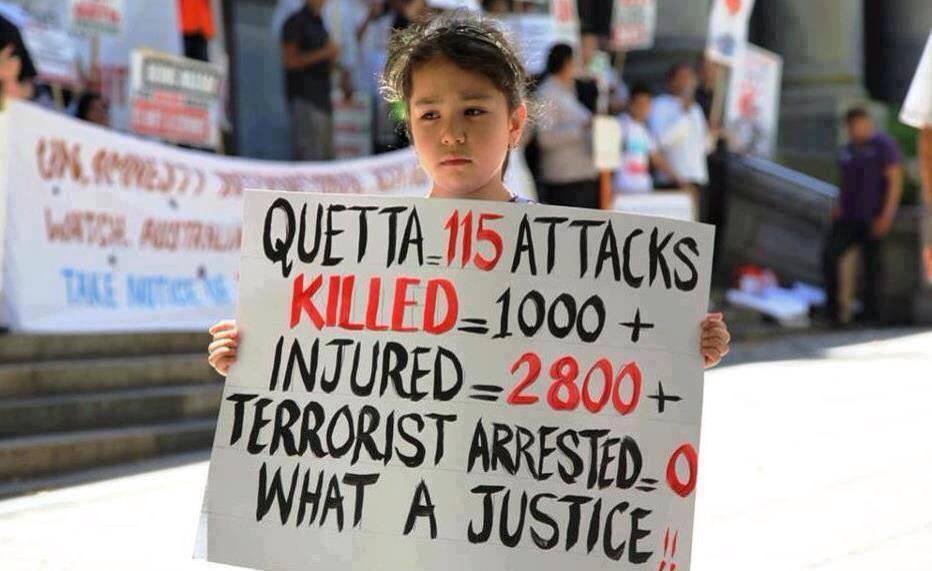