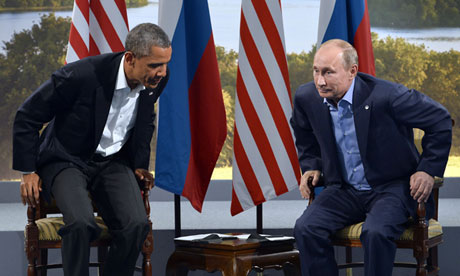 We all know that Assad is a despot who has subjugated all dissent and has killed his opponents, much like his father. That is an established fact for most sane minds. The question here is is the West any better than Assad where its interests matter? If you dispassionately consider the West’s support to the rebels fighting against Assad and your answer is still yes, then there must be something awry with my reasoning faculty. Sorry about that. When it comes to the emerging world the US led western countries often act as a bunch of hypocritical bully boys and Syria is not allowed to be an exception. Qatar has been very forthcoming about their arms shipments to Syria, through the ‘coordination’ of the CIA. The US using the trite “line has been crossed” mantra and then wanting to further arm the Al Qaeda led opposition again exposes Obama’s hypocrisy. Syria is what happens when you refuse to get on board with Israel in the Middle East. That’s why Assad is not being given a second chance when, like all faltering dictators, he is willing to make all democratic concessions including elections under the international watch, universal eligibility to run in elections, stripping Baath party of special privileges etc. Isn’t it what the West wanted? If yes, then why does the massacre continue? That is because Assad refuses to be another neoliberal puppet. The West is not interested in Syria continuing as a secular state. The PR for the term ‘rebels’ has been exquisitely choreographed for the fighters who would have been termed as terrorists, jihadists, or insurgents anywhere else. In this instance the murder of truth was a precursor to war and not the cliched casualty of war.

Well if you feel the subcontinent’s politicians monopolize stupidity, David Cameron says they have a duty to protect the Christians in Syria. Can someone tell him that back at the ranch the Christians are all staunchly behind Assad? It is not about how little he knows. It is how he is lying to his fellow countrymen. A respected former French Foreign Minister recently explained in a televised interview that Syria’s war was planned two years before the Arab Spring. {http://www.globalresearch.ca/former-french-foreign-minister-the-war-against-syria-was-planned-two-years-before-the-arab-spring/5339112}

Putin is demonstrating how to be a leader, maybe the West should take note, and China should consider changing their foreign policy and get more involved to stand up to the West’s hypocrisy. Putin refused to fall for Obama’s blatantly uncorroborated claims of chemical weapons use by the regime, ignoring chemical weapons use by rebels, ignoring outrages by the rebels including cannibalism on video and execution of children out of religious extremism, and a new surge of military support to one side just as talks are proposed.

One example is that at G8 Obama talked of reducing the violence and Putin insisted on stopping the violence. This dears, is all the difference. Are we going to look back in near future and admire the fact that –while we struggled to sort out the mess in Iraq, Afghanistan, and Libya- the US has managed to pull the world into yet another nauseating morass?